When Adobe Systems announced the discontinuation of FormsCentral, Jotform went the extra mile to ensure no user remain formless. The company’s new import wizard allows users to switch to the popular San Francisco-based form builder in a single step, and works by simply using existing FormsCentral login information. Jotform then retrieves a list of forms, and then imports them along with all previous response data automatically. Users have until July 28, 2015 to make the switch, when Adobe officially lets the sun set on FormsCentral.

“I know what a pain it can be when a service you’re loyal to discontinues,” said Jotform founder, Aytekin Tank. “With this incredibly easy new tool, Adobe users don’t have to stress about making a dramatic switch. Our migration tool is written from the ground up for FormsCentral, so they are able to make a complete replica of your form designs and import very advanced features such as Conditional Logic and payment integrations with Paypal.”

Jotform - the only truly free, full-featured form builder that doesn’t limit users with cripple-ware - became immediately aware of the need to build an import wizard when an influx of Adobe users started popping up in support tickets looking for a FormsCentral alternative. Tank said he knew the company needed to respond quickly.

“We knew the sooner we were able to create a seamless import tool like this, the better chance we could ease the minds of soon-to-be displaced users,” Tank said. “We’re really proud about how quickly we were able to come up with a solution for everyone needing to make a switch from Adobe.”

Adobe, according to their blog, said they were discontinuing FormsCentral because they’ve found that there wasn’t as much demand for their service as they anticipated. The move created a flurry of disappointed customers who took their complaints directly to Adobe’s support forum as well as social media - many of them immediately looking for a FormsCentral replacement.

“We’re really excited about the technology behind our new import tool,” Tank said. “We’re committed to innovation. Plus this really gives us a chance to welcome even more users to the Jotform family, and we’re thrilled about that.”

Jotform made the headlines recently for releasing an easy-to-use Form Designer that lets anyone create gorgeous, customized forms in a fraction of the time compared to standard CSS programming, with point-and-click ease and no coding required.

Since 2006, Jotform has been at the forefront of free, easy form creation for anyone. Jotform users enjoy the simplest, most customizable Form Designer and the largest selection of pre-configured form templates, apps and widget integrations, all for free with no ads or cripple ware. Based in San Francisco, Jotform hosts more than 15 million forms in 18 languages. For more information, visit www.jotform.com. 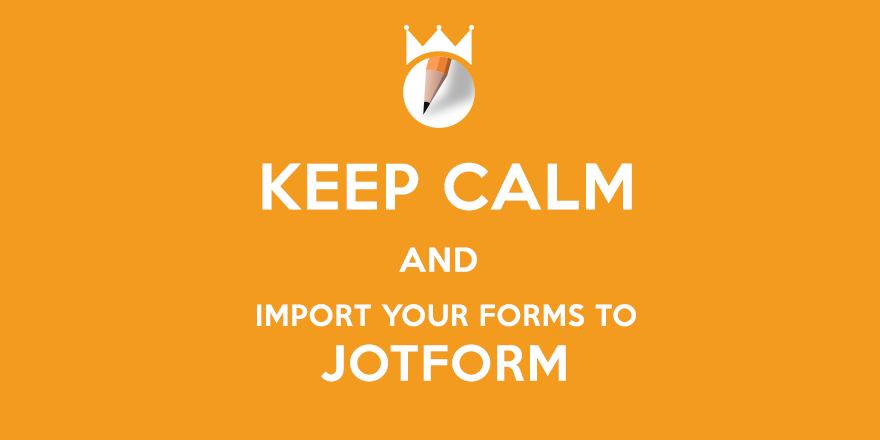