THE COMPLETE GUIDE TO BOOTSTRAPPING YOUR STARTUP Chapter 2: An alternative path 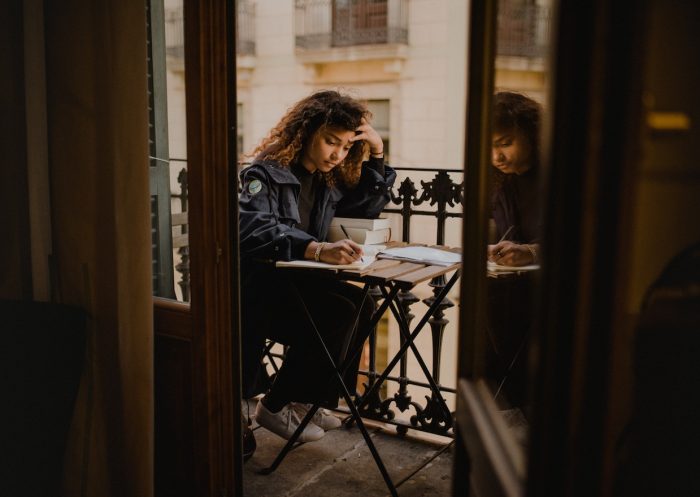 Over the past decade, venture capital has become synonymous with entrepreneurship. Founders from around the world arrive in Silicon Valley with visions of record-setting A rounds and billion-dollar valuations. But what if you don’t have unicorn dreams – or you don’t want to pursue VC money?

Bootstrapping a company is not only possible; I believe it’s a saner, more sustainable way to build and scale a business. To be clear, bootstrapping isn’t always easy. It requires patience and focus, but the freedom to create a meaningful product, on your terms, is worth more than even the biggest VC check.

I started my company, Jotform, in 2006. We’ve grown steadily from a simple web tool into a product that serves more than 10 million users – without taking a dime in outside funding. We’re profitable in an industry with big-name competitors like Google. Most importantly, I still love this company and its mission, and I want the same for my fellow entrepreneurs.

If you’re a founder who’s wary of VC funding, here are my best bootstrapping tips.

1. Your day job doesn’t have to be a drag

I created my first software product in 1999, while I was at college studying computer science.

It was a free, open source membership program for a student website. As it became popular, people began paying me for customizations.

I still remember the thrill of getting that first check — for a whopping $150. It felt like a huge milestone. I soon created a paid version that started racking up downloads when it was mentioned on a SitePoint newsletter.

After graduation, I could have gone all-in and focused exclusively on my product, but I wasn’t ready. I didn’t have enough confidence.

I’m a surprisingly risk-averse person. I don’t believe that every entrepreneur has to be a fearless dreamer who jumps in with both feet, consequences be damned.

So, I worked as a programmer for a New York media company — but I didn’t let a full-time job stop me from improving my product. I’d wake up at 6 am, answer customer questions, and then go to work.

It took me another five years to quit my job and start my own company — even though I already had a successful product.

Working for another organization taught me invaluable lessons about business, communication and teams.

I was also paid to immerse myself in new technologies and sharpen my programming skills.

Your day job can actually fuel your business. In addition to learning critical skills, you might even stumble upon your BIG idea — which is exactly what happened to me.

2. Look for problems, not passion

When I worked at the media company, our editors always needed custom web forms for polls, questionnaires, contests and surveys.

It was dull, tedious work — but it was part of my job. I started to think, what if I automated the process?

I imagined a simple, drag-and-drop tool that made it easy to add fields and build a form, even if you didn’t know HTML.

After I quit my job, I worked on this idea for six months and released the first version of Jotform in February 2006.

This brings me to a myth we need to dispel. Many entrepreneurs think there’s a linear path to success, with three proven steps:

Quitting your job before you’ve clearly solved a problem will only add pressure as your cash goes down the drain.

On the flip side, starting a business with something that people actually want and need gives you a running start. You have a viable solution. You’ve scratched your own itch.

For example, Jotform eliminates a friction point (the need for custom web forms) that I experienced firsthand during the five years I spent at my job.

I knew people wanted this product. I was confident that if I created something great, users would happily pay for it.

Paul Graham has been writing about problem-solving for years. He says the best startup ideas have three things in common:

It’s not easy to find yourself in that triangular sweet spot, but always it’s worth waiting until you do.

By 2005, I realized that I was earning as much money from my side business as I did in my 9-to-5 job. It was time to make a break.

I left the company and took a hard look at my product. The membership software could keep me afloat with minimum effort. I had an infinite runway to work on something new.

So, I continued my familiar routine. I took care of customers early in the morning and late at night, and spent my days building Jotform.

3. Avoid the pressures of hyper-growth

Growing organically is so underrated.

If you start a business by “following your passion,” you have to begin scaling the business before your own savings or funding runs out. The clock is ticking — and it only gets faster as time elapses.

If you start a side project that can eventually sustain you, no one is breathing down your neck or demanding hockey stick growth charts.

Building your business with real customers (instead of giving away a big chunk of the company) is difficult, and it takes a long time. But, it’s also less risky.

Customers vote for you with their hard-earned cash — and money doesn’t lie. It’s so much easier to start when people are already clamoring to use your product or services.

With Jotform, I chose to grow organically, one step a time. I spread the word by emailing blogs and posting on technology forums.

I didn’t spend any money or push especially hard; I just thought people might be interested in this new way to create forms.

By the end of my first year, about 15,000 people had signed up to use the product.

4. Focus on the only metric that matters

Bootstrappers like me believe that entrepreneurs should have one goal: making their businesses work.

What does that mean? It’s simple. You need to earn more money than you spend. In other words, you have to be profitable.

Media outlets often celebrate companies that raise millions of dollars and have huge vanity metrics, like user acquisitions. There’s a myth that you can worry about being profitable later.

Jason Fried and David Heinemeier Hansson explain this beautifully in their now-iconic book, Rework. The Basecamp founders target startups in general, but I think bootstrapped startups are the exception to the fairytale world where “the laws of business physics don’t apply.”

Clearly, there are exceptions. Capital-intensive startups, such as building an online marketplace or opening a physical restaurant or retail store could require funding. Business is never one-size-fits-all.

My advice? Ignore the unicorns and glittery startup tales and do it your own way. Make sure you’re profitable from the start — even if those profits are modest at the beginning.

Work steadily and don’t worry about “following your dream” until you have a solid foundation.

In order to stay profitable, I made two key decisions in the first year of my company:

We released the paid version of Jotform in April 2007. We only received three Premium upgrades on our first day, but it was still incredibly exciting.

If I had been tracking sheer vanity metrics, I might have felt pretty smug about what we had achieved. But, I was focused on profits.

I knew we had a long way to go. We needed to add more paid users and steadily grow the subscription base — and that’s exactly what we’ve done for the last 15 years.

5. You don’t have to give away a big chunk of your company

Co-founders can be great, but many entrepreneurs waste their time searching for a perfect match, just because investors often favor these teams.

I almost had a co-founder in Jotform. A friend and I talked seriously about it, but the partnership didn’t work out in the end. It’s fine. There are no hard feelings, and I’ve been happy to build the company on my own terms.

I think about Jotform all the time. It’s not that I’m obsessed (well, maybe a little), but I love the product as much as the business itself.

We make sure our employees are happy and the company runs smoothly, but the product is always at the core. It has to be something that our customers use and love.

That means I’m focused on the product, not building decks for the next Board of Directors meeting. We answer to the needs of our users, not the demands of investors or shareholders.

Here’s another point that people rarely discuss: investors want to back founders with killer resumes.

I didn’t graduate from Harvard or MIT. I didn’t have two successful prior exits, and I didn’t sell my first membership product to Google. My company didn’t start because of my connections.

Even if I had wanted to get VC money, I don’t think it would have happened.

My idea probably didn’t look big enough on paper. There’s also the simple fact that I didn’t know how to raise capital.

I would have spent at least six months learning how to find and pitch investors. Instead, I used that time to refine the product and spread the word.

Starting a business is not easy. No matter how excited you feel, there are tough days and difficult decisions ahead.

There’s no honor in killing yourself for a dream. Starting small, building slowly and growing organically can prevent both small meltdowns and a total crash-and-burn nosedive.

Working for yourself can free you from other people’s expectations. That’s why the “rise-and-grind-for-your-passion” messages are so powerful.

Entrepreneurship can be a siren’s call with the twin rewards of freedom and control. If you’re pulled to build a business, you know exactly what I’m talking about.

So, why shackle yourself to people who just want to see profits? Why take third-party money or take a massive risk before you’re ready?

Hold onto your freedom.

Keep your expectations in check and keep improving.

You have the power to go further than you ever imagined — on your own terms.