A Brief Introduction to No-Code Chapter 4: Why No-Code Matters 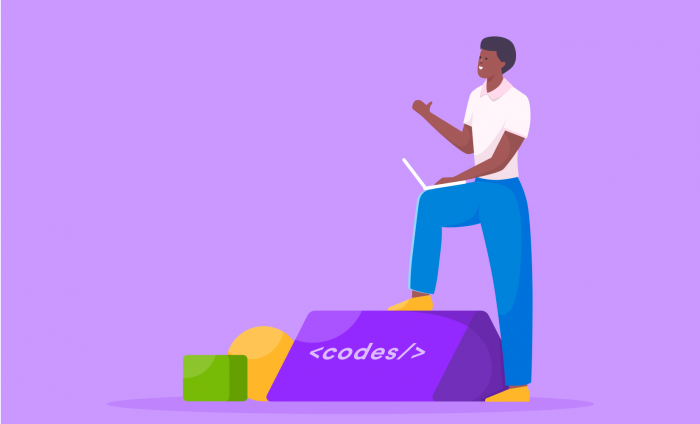 If you were an aspiring filmmaker in the early 2000s without deep pockets, pursuing your dream would have been nearly impossible.

A lot of this changed when the iPhone came onto the scene.

Suddenly, the possibilities for independent filmmaking were endless. Producer and director, Michael Rosenblum even told The Guardian in a 2013 interview that the tools of production were so easy that even a nine-year-old could use them.

Suddenly, budding filmmakers saw the doors to the industry fling open to them like never before.

Yet, there was still another technological hurdle holding them back.

Something as simple as coming up with a website to market their indie film would have cost a pretty penny and taken many months to achieve.

Because of this, makers were encouraged to learn how to code in order to promote their work. “In some circles coding is seen as the new literacy,” Sarah Wolozin wrote for Filmmaker Magazine during that time.

Empowerment in those days, was about spending countless hours learning a new skill (albeit one that could cost thousands of dollars).

So, all of the valuable time you would have spent toward cultivating your creative talents, would instead be invested in trying to decipher programming languages.

Imagine telling a bird it needs to learn how to swim in order to fly.

For creatives, the no code movement represents a seismic shift, because it lowers the technological barriers toward working on your dream.

Unlike days past, you don’t have to lose steam trying to improve your tech skills or rely on engineering before starting — you can work on your big ideas today.

A platform like Squarespace gives you everything you need to create a fully customizable website without the burden of having to learn how to code. You simply use their easy-to-use templates, and voilà: a fully functional website to promote your work.

More importantly, what this movement means is that we’ll now get to hear from more and more voices from all over the world and learn about new perspectives, simply because the means to produce are no longer solely in the hands of those with significant capital.

Today, the emergence of these tools makes it possible for artists to become their own business owners. This is especially relevant during the crisis we’re currently living in, when unemployment remains painfully high, and more and more people find themselves without financial security.

If you’re in-between jobs, no-code makes it possible for you to monetize your skills without having to shell out a large sum for specialized courses first.

Or say you’re stuck in a role you no longer want, you can experiment with following more creative pursuits before going all in.

Software like Bubble, for example, can help you design, prototype, and launch your own profitable app — no coding required. Similarly, platforms like Gumroad, help creators sell their products directly to customers without hassles or high fees.

At its core, the no-code movement is about enabling creation. Whether you’re a tech aficionado or can’t write a single line of code — you’ll still be able to share your gifts with the world.

What this means is that as our ideas evolve, there will be less barriers to entry — giving way to a whole new wave of makers.

Now if you have an idea, all you have to do is be scrappy.

And that makes all the difference.