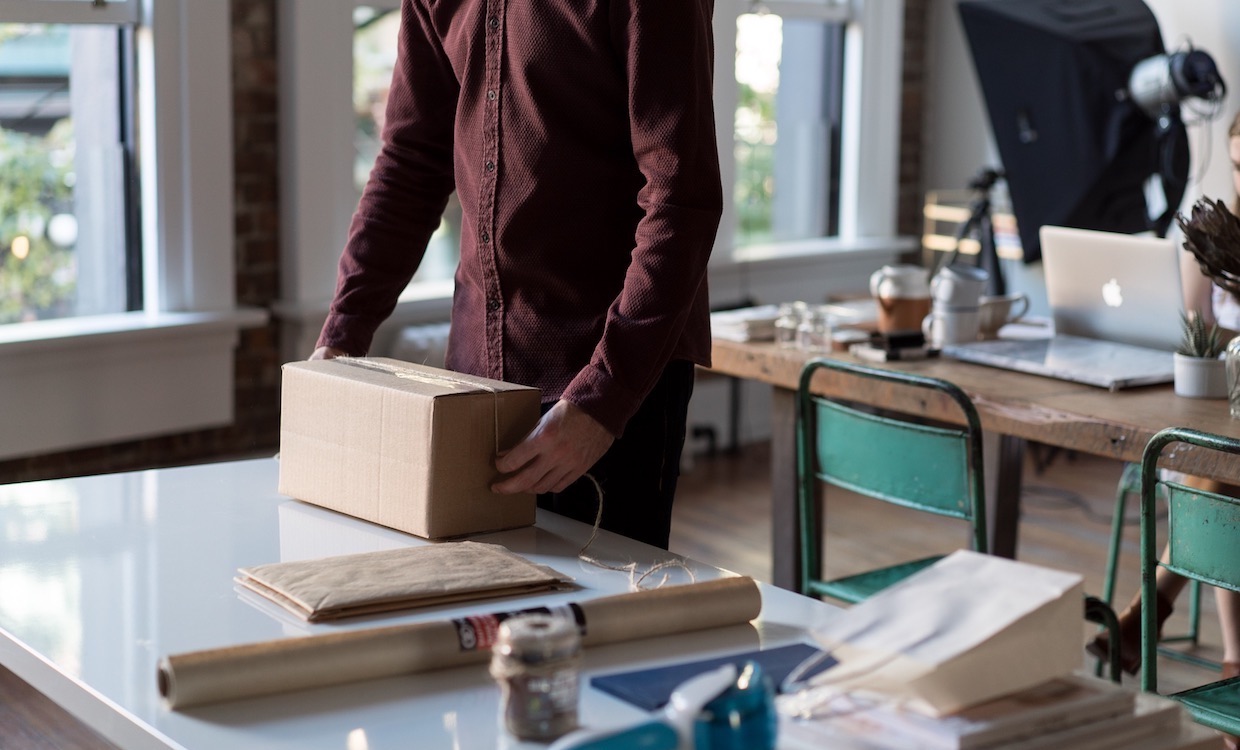 50% of small businesses fail by the fifth year. 23% of the time, it’s simply because they didn’t elect the right team.

And, historically, co-founder disputes are a leading cause in the burning down of startups in early stages.

It’s devastating to think that a failed company could have had a chance if they had only invested in the right team. Just think of how many game-changing products we’ve probably lost out on because of personal disagreements.

Co-founders can be great, but many entrepreneurs waste their time searching for a perfect match, just because investors often favor teams over solopreneurs.

Contrary to the popular model of finding a co-founder to bare the brunt of your founding duties and responsibilities, I’m going to argue the opposite.

When I started Jotform, my model was always to take my time and do it on my own terms without necessarily following what the Silicon Valley startup culture is telling us to do.

I didn’t quit my day-job until I knew I was ready to grow my business.

I didn’t follow my passion. Instead of meeting the hyper-growth expectations of investors, I watched my company slowly grow from 1 to 100 without taking any single dime in outside funding.

I didn’t follow the “get a co-founder ASAP” model — though I almost did. And I’m glad I stuck it out solo.

Getting a co-founder can be a profitable move. But I want to explain it’s not the only one.

Marriage is a beautiful idea. Think support, honesty, and trust.

But marriage is also idealized, and there are a lot of factors that go into a successful one. Think communication, conflict-resolution, and again trust. Relationships are complicated and that’s never going to change.

And if you aren’t prepared to see your co-founder as someone that you’re in a full-time relationship with, then you may want to consider seeing other people.

Paul Graham, startup guru, is a huge advocate for businesses with co-founders. He’s likely a large part of why most new businesses seek co-founders earlier on.

But even he admits that you can immediately tell when co-founders don’t “gel”, and he’s quick to warn the dangers of this on your business: “If it can be pulled apart, it will be.”

Not even some success can mask a relationship with shaky framework. It will eventually become clear, if not just to outsiders, then eventually to you and your co-founder that there’s something deeper that’s affecting the flow of your company.

Choosing a co-founder means picking someone with which to share your life’s work. And, if your business turns out to be a success — which I’m assuming is the goal — then you’re going to have to spend a whole lot of time and make a whole lot of decisions with them.

If they’re your best friends — are you sure that it’s not better to keep it that way?

I have a lot of close friends who I like to spend the evening with. But not a lifetime or, more importantly, my life’s work.

Pick your co-founder like you would pick a husband or wife. And if you don’t feel that level of commitment, then wait.

Professional ones enrich your pocket.

If the relationship isn’t going to get your product where it needs to be, no matter how much you value that person, it’s not going to make your business a success.

Once you commit, it’s hard to go back

“Picking a co-founder is your most important decision. It’s more important than the product, market, and investors.”

If picking a co-founder holds as much weight as Naval, CEO and himself a co-founder of the platform AngelList, says it does, then why rush?

From what I’ve learned developing my business, take every step as it comes. This model shouldn’t be any different when it comes to making the biggest, most impactful choice for your business.

The paperwork itself should be more dense than anything else you’ll sign for your company.

Because it’s not just aligning on the basics of a founders agreement. It’s also deciding the equity breakdown, vesting schedules — to ensure that one founder can’t just slack off with their equity already in hand, intellectual property agreements, and more.

And, let us not forget the worst of them all, an exit plan should things go sour.

That’s not to say that there isn’t anyone you should trust with this kind of responsibility. Just that, once you commit, the system is designed for it to be difficult to call it quits even with a termination agreement. And at that point, the damage may already be done.

If you still feel like you can’t go at it alone, maybe take some advice from the co-founder fanatic himself, Graham, who has suggested playing the slow burn:

“My advice is not to choose a co-founder but to work with people that share the same vision, goal and enthusiasm till eventually, it will become clear and obvious who will become your co-founder.”

I’ve been bootstrapping Jotform for 12 years. And I think this side of me is also what led to me founding my business solo.

Bootstrapping requires a level of faith in your product and in your work ethic that can be daunting. But it’s similar to the level of trust that you have to have in your ability to be the sole leader of the company.

And if you can manage to start your business under these two models then you’ve achieved something with a freedom that few get to experience.

Sara Blakely, solo founder of Spanx, managed to do both, and in 2012 she was named the youngest self-made female billionaire. And this model continues to hold true for her company today.

To me, the freedom of solo founding and bootstrapping has been worth the grueling hours of working on all sides of the company because the company is you.

It isn’t always glamorous. But, in my case, it does mean that I’ve built a product with 3.2 million users on my own terms with my intended vision in tact — priceless.

But if you’ve decided that the bootstrapping model isn’t for you, don’t underestimate the importance of a solid team when attracting VCs.

VCs are seeing new ideas, many of them bleeding over into the next pitch, all day. So if you come into the room and present a rocky co-founder relationship — then don’t bother to take your coat off.

Make sure you know you’re making the right choice:

VCs are more likely to invest in an A+ team with a B+ idea than a B+ team with an A+ idea.

So that’s bye-bye to your product if you pick the wrong co-founder.

But you can exhibit a vote of confidence in your product without selling off half of your equity.

Be creative, innovative, and someone that people want to invest in. And, above all, trust in your product.

There’s no formula for success

One of the biggest social media management companies, Buffer, recently announced that their co-founder and CTO are moving on from the company. A bold choice from a company that appears to be doing so well.

From how they framed it, it seems to be an amicable split, but that doesn’t mean it was an easy one.

The remaining co-founder, Joel Gascoigne, sites the inability to align on a future for the company as the reason for the departure of two of its key players. They simply couldn’t be happy with where the product was going. And that was that.

So after 7 years of building something amazing together, there’s still doubt that you’ll continue to have a shared vision. And these guys are lucky: they actually had a successful business to move on from.

Many are not so lucky.

All of this to say that the important thing to remember, with any decision you make, is that there’s no formula for starting a successful business.

What worked for me, or for any company, may not be what gets you there in the end. And it will keep changing.

But that’s what’s exciting about being an entrepreneur: learning as much as you can and then deciding for yourself.

You don’t have to make the mainstream choice because the world tells you it will lead to success, if you feel like it’s going to compensate what you want to build.

Had things worked out with my “almost” co-founder, my company would look a lot different today.

And instead, I got to keep a friend and have my own business built from my ineffable trust in my product.

There’s no one-size-fits-all formula so try out your own. And maybe you’ll surprise yourself.

The Dark Side of VC Funding: How to Know If It's Right for You

Why startups are dying left and right

A 9-min guide to a less painful entrepreneurial journey

Sink or swim: why bootstrapping will make you a better entrepreneur

Time off or the top of TechCrunch? Why there’s more to life than dominating the tech news

Figuring out how much to charge for tax preparation

Hire slowly, grow slowly: how we grew from 1 to 100 employees

Build something new: A quick guide to launching your startup

What comes to mind when you think of a bootstrapped company?

The "fearless entrepreneur" is a myth: why you don't have to take risks to build a successful business