Low Poly is a growing trend. More and more websites make use of modified imagery, most commonly in backgrounds. Low Poly is no rocket science. Basically it is just a special form of mosaic. But instead of using rectangle shapes Low Poly uses polygonal forms. As triangular shapes are the most common, the trend is also known as Triangulation. In the following article we will introduce you to a variety of web services and apps that will enable you to generate these trendy shapes in no time. 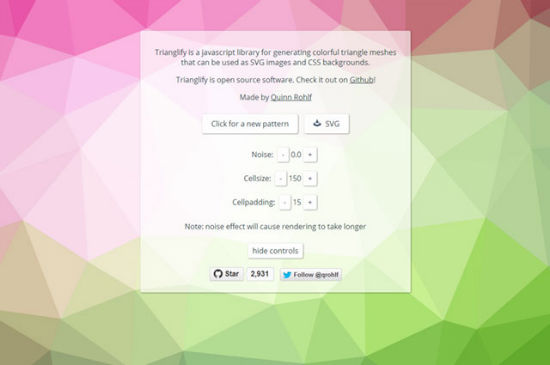 With „Trianglify“ simple Low Poly backgrounds can be created in no time and downloaded as SVG files. Colors are selected at random and change with every new creation. It’s possible to control the size of the shapes and their distribution. A blur effect is available. If you need to generate abstract backgrounds as fast as possible, „Trianglify“ is the tool of your choice. 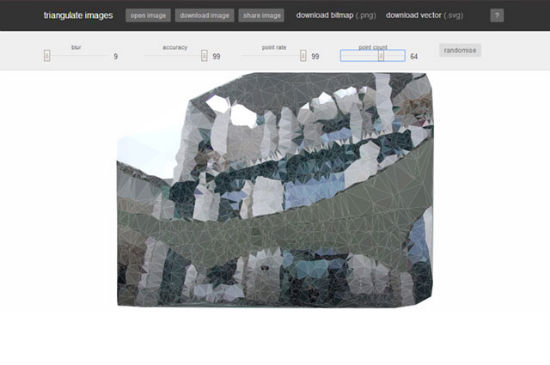 „triangulate images“ enforces Low Poly effects on uploaded images. A fine control lets you decide on the number of polygons used as well as the degree of detail. Using the „randomise“ button shuffles parameters and comes up with random results. Once generated files can be downloaded as PNG or SVG. With SVG you still have the possibility for further customization in your favorite vector editor. 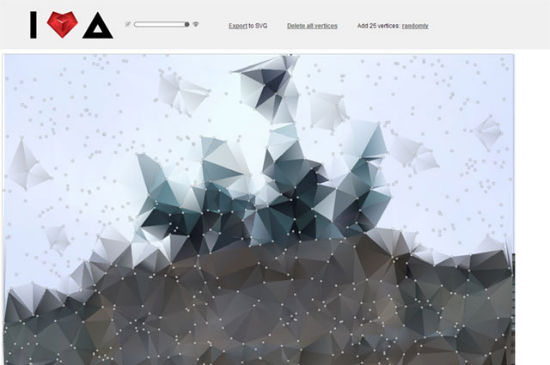 You wouldn’t guess that „I ? ?“ is the name of a tool for creating Low Poly from images. Its degree of automation is more limited than with the other tools. More manual effort is necessary. Once an image got uploaded, you need to set points per click. Each point equals a triangular shape to be generated. In doing so very individual Low Poly graphics will be created. You can even shift points after generation to alter the end result.

If you want to have it a little quicker use the randomizer to distribute 25 points throughout your image and alter them afterwards. The downloaded files come as SVG as well. „I ? ?“ itself is pure HTML and JavaScript, yet comes as a download and runs offline in the browser. 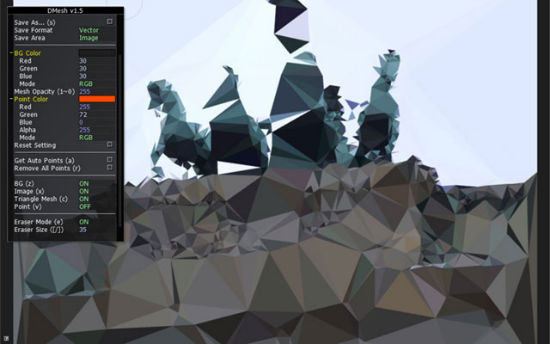 Another offline tool is called „DMesh“. DMesh comes as a classical desktop application for both Windows Mac OS. It is available as a free version with a limited feature set and a Pro version for 10 USD. The free version will not allow you to control the density of distribution nor the amount of polygons used. As a workaround use its eraser tool to reduce the amount of triangles for certain image areas afterwards.

DMesh’s Low Poly is exported as Bitmap, PDF or Wavefront OBJ. For those who want to generate Low Poly while on the road, an app for iOS exists. I wouldn’t know why I would want to do that, but hey… 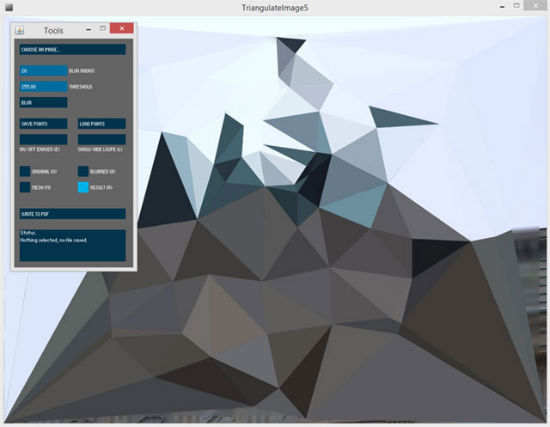 The last of our desktop apps for today is called „Image Triangulator App“. It is based on Java and can be downloaded for Windows and Mac. The app is free of charge and allows the creation of Low Poly graphics with a variable amount of points and triangles. The images will be exported to PDF.

Setting the points for triangulation can be done manually. You can even export their coordinates to reuse them in later projects. 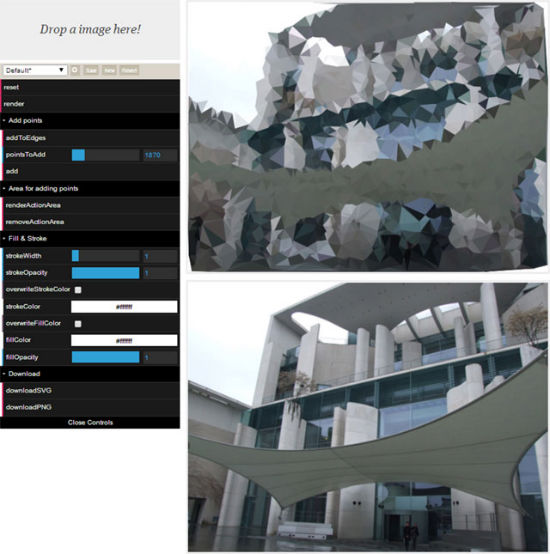 This is another online generator to create Low Poly from uploaded images. Remarkable is the variety of configuration options it offers. What sets it apart from the competition is the possibility to define a circular area on the image where you can add a different amount of definition points than in the rest of the picture. This lets you create images where certain areas consist of more shapes than others.

Another specialty is the feature to define fill and border colors individually. That way you could create images in which only the borders of the triangles carry the color of the original image.

„Delaunay Triangulation“ exports your creations as PNG or SVG.

Our little overview does not contain all available tools. Besides these web services and apps, there are JavaScript libraries, such as „Snap.svg“ and „seen.js“, to help you use polygons for the creation of 2D or 3D objects.

Use these 5 video marketing metrics to measure success

How to hire remote employees

Survey vs questionnaire: Which one should you use for your next project?

Marketing during the maturity stage of your business

How to work from home