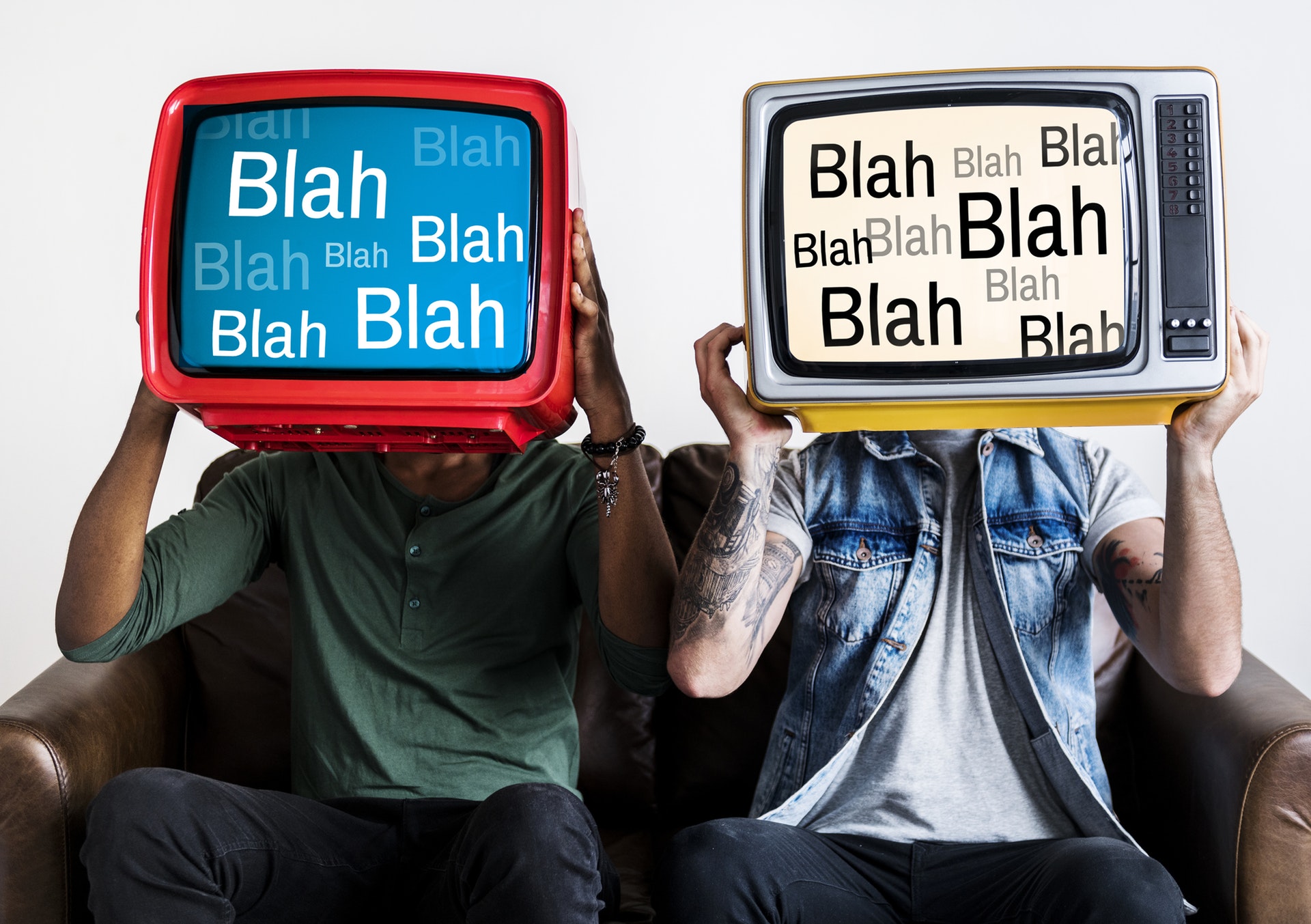 TV show logos have become an art. They create recognizable brands that become an important part of a show’s off-air life and legacy. The eclipsing O of “Heroes”, the periodic elements of “Breaking Bad”, the film-negative “X-files”, these title pieces have become instantly recognizable, and help make their shows familiar across many mediums.

What makes these logos so unforgettable and remarkable? The answer is tied up in the shows themselves. The most memorable TV show logos are those which are both beautiful and evocative, using design to tell us something about the show we’re about to see. They use typography and color to set the scene, and imagery to make themselves memorable.

Some of the TV show logos in this showcase use classic fonts and simple black and white color schemes (Lost), others create their own characteristic typography in bold, striking colors (Monty Python). Some use photographic flairs that draw out key themes of the show (Glee), while others are part of graphics that tell a story (Batman). All give us a clue about the show itself, evincing theme, feel, and story. All demonstrate some of the best of logo design.

See how these 30 TV show logos use design, typography, and imagery to capture the feel of their shows.

The “Modern Family” logo differentiates nicely between its two parts, with a clean, black sans serif imparting modernity, and a serif font in a warm color welcoming you into the family.

“Dexter” looks put together and normal at the outset, but the more you get to know him, and the further into the logo you read, the more bloodstained and splattered he becomes.

Monty Python’s comedy sketch series on the BBC often features Terry Gilliam’s cutout animations. The foot in the logo is appropriated from Agnolo Bronzino’s painting “Venus, Cupid, Folly, and Time”. The surreal, Dadaist nature of these cutouts are perfect for the show’s frequent dalliances into something completely different.

The “That 70’s Show” logo uses bright colors and bold, clean lines to hearken back to 1970’s design aesthetics. The font was selected specifically to make us feel like we’re looking into the past; too far, in fact. It’s Arnold Böcklin, the most well-known Art Nouveau typeface, designed in 1904.

“The Sopranos” logo is killer. Literally. The gun detail and striking blood red color in most of the promotional designs tell you right off the bat that the show is going to be violent, though the clean lines and simple font softens the impact. The font, called Mobster, is available from Sharkshock.

This wonderful cloaked logo is a re-purposing of the already recognizable Bat Signal, which first appeared in the DC Comics in 1942. Best of all, the font gives each letter bat ear serifs.

Glee’s clever “L” reflects the show’s preoccupation with losers and the jocks that torment them. It might even bring back uncomfortable memories of your own high school days.

The “Jersey Shore” logo looks stamped on, like a badly inked tattoo or bar room floor. It’s trashy and dirty, yet still interesting enough to make you keep looking.

The huge “Lost” logo is a perfect use of the typeface Impact. It hovers at a stark angle, fading in and out of focus, leaving us with a sense of unease, and lots of questions.

Let the count-up begin. The digital-clock font gives us a sense of urgency and impending action in the “24” logo. A note for all you kerning purists: you’ll notice during the show that the spacing on the clock given to the number 1 is too narrow for a full number (like 0), so the clock never transfers from 1 to 2, or from 0 to 1.

The “Castle” logo economically captures both of the show’s main themes, writing and crime, in less than half an A. It combines elements of an urban landscape with the written word, and gradually sheds light on the city as the logo progresses.

The “Parenthood” logo subtly tucks the tails of its A, R and T behind other letters, like children hiding behind their mother’s leg.

The “Soul Train” logo captures the neon colored, psychedelic vibe of the “hippest trip in America”. It also chugs along just like the show, which aired from 1971 to 2006, making it the longest-running nationally syndicated program in television history.

All of the title pieces and credits in this chemistry-themed show are elements from the periodic table. Bromine and Barium are featured in the main title, though Barium’s electrons have inexplicably been changed to match Bromine’s, both reading 2-8-18-7. The Barium box is also slightly smaller than Bromine’s. The designer clearly has a vendetta against Barium.

One of the great classic logos, “The Gong Show” graphic didn’t stray far from the gong, or the bright colors and eye-catching shapes of 70’s design styles.

The logo for the American version of the BBC hit “The Office” is simple and straightforward, with apt use of the font American Typewriter.

“Dr. Horrible’s” Logo is designed in the style of early movie posters, giving you a taste of 1950’s overstated zeal in the ultra modern packaging of a web serial.

The “Buffy” logo is gothic and gritty, just like the show itself, and is sharp enough to stab several vampires.

“Scandal”, one of ABC’s newest shows, is about the nitty gritty of the Washington DC rumor mill, and the scandal cover-ups that fuel them. The logo is perfect, a red stamp reminiscent of one that might say “classified” or “top secret”, on an already-shredded insider document.

The “Wheel of Fortune” logo is bright enough to keep you up watching late night TV, and colorful enough to give you a seizure, just like the show.

The smudge of an I in the “Being Human” logo could almost be a hooded person. Or maybe it’s a monster. The ambiguity plays nicely with the show’s cross-breed theme.

The Price is Right

This classic logo uses a pleasantly unbalanced graphic and the 1970’s font Pinto Flare, which has inspired everyone from gameshow designers to gamers. Ray Larabie of RockstarGames created a modification called Pricedown, which is the font famously used in “Grand Theft Auto”s logo.

The Price is Right has versions all over the world, and its logo is often tweaked and changed to fit local aesthetics. In France, for instance, the logo for “Le Juste Prix” is set in a bold sans serif on a lightbulb studded marquis.

Conan’s instantly recognizable coif makes this logo perfect for a show that is all about him. The ginger-hair colored “Co” is a wink to his self-titled supporters, “team Coco”.

“The Muppet Show” logo is whimsical and playful, hearkening to everything from the Looney Toons popping out of a drum, to old Vaudevillian calligraphy. With that wink at Vaudeville, it evokes an attempt at high mindedness that invariably devolves into slapstick comedy, just like the show itself.

The “Heroes” logo uses ITC Avante Garde Condensed, an apt font for a show about the advance guard of humanity. The eclipsing sun is a central catalyst in the show.

Hailed as perhaps one of the best shows to ever be on television, “The Wire” has a custom-font logo that went through a redesign for the fifth and final season. The image is worth a thousand words: it lets you know this season will focus on the newspaper, which will in turn focus on everything from violence to Baltimore schools.

The “Mad Men” logo has quickly become iconic. The font is somewhere between Trade Gothic Next Condensed and Helvetica, a favorite choice of real Mad men in the 60’s. The silhouette of a reclining Don Draper, holding his ever-present cigarette in one hand (and you can assume a whiskey in the other) is the picture of studied nonchalance, just like Don himself.

The new “Doctor Who” logo features a visual element from the show itself. The TARDIS is formed from the Doctor’s initials, combined to make the shape of a police box. The “Doctor Who” logo has gone through as many iterations as the show has Doctors. From its inception in 1963, where the words were in a simple sans serif stacked on top of each other, to the “Diamond Logo” of the 1970’s, to the oval-encompassed version of the aughts, it has been updated and changed as often as the show itself.

Those are some of the most memorable TV show logo designs from popular American and British television series’. Think you know a great one that wasn’t mentioned? Or want to see more? Let us know what you think in the comments!

Cecilia Razak
Cecilia Razak is a writer and content strategist. She has worked with interactive studio Bluecadet as a content producer and communications strategist, and Washington University as a digital humanist. Follow her @crazak