Makers Series: Acquired. How this startup sold to Zendesk

What if the best way to sell your company was not wanting to sell?

It seems counterintuitive, but oftentimes, companies get infatuated with selling and lose focus on what really drives value: a strong product offering.

Rachel Delacour never forgot this. In fact, selling wasn’t even on her mind. Her goal was always focused on creating a tool that would make life easier. That was more than enough to get noticed by Zendesk.

Rachel and her co-founder sold their company, BIME Analytics, to Zendesk in 2015. Rachel now serves as the Vice President of Zendesk for Startups.

In our interview, Rachel shares how she fell into entrepreneurship, perfected her product offering, and eventually sold her company to Zendesk. She highlights her experiences and provides tips, productivity hacks, and more for entrepreneurs.

What gave you the idea for your original company, BIME Analytics?

Coming from the financial world, we wanted to create the tools of our dreams, so we did. We knew we were innovative, but we didn’t know that we were creating this startup because it was not our background. We became entrepreneurs without really knowing that we were entrepreneurs. We ran BIME Analytics for six years and loved it – we had no intention to sell.

So you weren’t looking to sell. What was it like when Zendesk approached you?

Well, we were big fans of Mikkel Svane and Zendesk because of their reputations in the SaaS, B2B realm – we were like teens looking up to a rock star. Zendesk approached us, and at first, it was mostly about the kind of integration we already had on the marketplace.

When we realized that it was becoming serious, we really appreciated that Zendesk was hyper-conscious of our time. They were really focused on our business. I was about to raise another round of funding, and Zendesk was so respectful of our time by saying, “OK, we want to know more, but we also want to make sure that we’re not taking too much of your time.” It was a super great feeling to have such a large company be so respectful of our startup. For us, it meant that we were in good company. At the beginning of the relationship, you don’t know what it will be like; you just know how they treat you, and that means a lot.

What was the most challenging part of the acquisition personally and from a business standpoint?

I realized I was pregnant on almost the same day that Zendesk made the offer. I was expecting my second child. From a personal standpoint, I didn’t want to hide this kind of thing from Zendesk. I was honest, and they came back saying, “Zendesk loves babies.”

It’s such a big part of Zendesk’s culture to involve diversity in so many different profiles and situations.

It meant a lot to us, especially because acquisitions are complicated for customers, partners, and teams. I realized that it’s better when you become increasingly close to the company that’s acquiring your company. Be careful when there are very few things except the money on the table. Everyone thinks that the due diligence and negotiation part is the hard work. The complicated things actually start after that because the focus is on integrating products, technologies, and people. 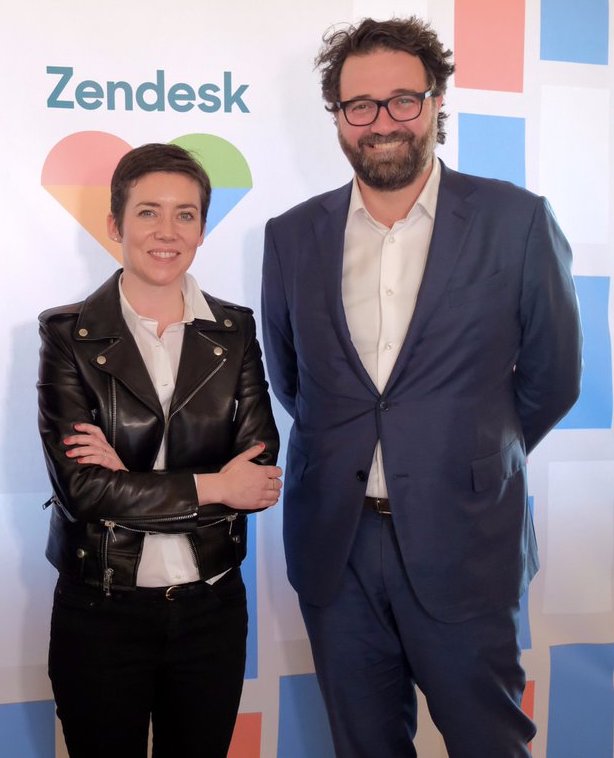 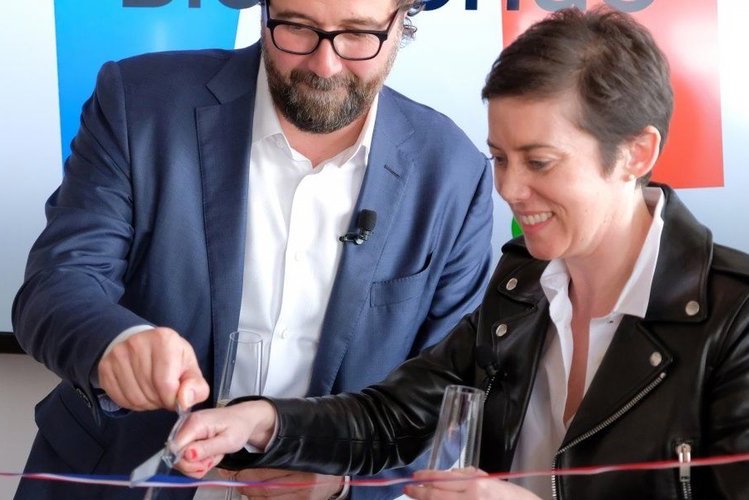 What advice can you give entrepreneurs looking to sell?

The best way for you to sell your company is to focus on your product offering and not have a desire to sell. As your product becomes increasingly better, you’ll have more satisfied customers and your company will grow even more.

Then you’ll have a good company to acquire. We only have 24 hours in a day – if you’re trying to dance to sell your company instead of developing it, things will get too complex and you’ll lose sight of the product and customer.

Where do you get inspiration and motivation from?

I get inspiration and motivation from people who work in different industries than mine, like artists. Calamity Jane is an inspirational historical female character for me as well. For motivation, I make sure to get a daily dose of LCD Soundsystem!

What’s been the biggest challenge as a woman entrepreneur?

I haven’t experienced tough things as a female entrepreneur, but that doesn’t mean they don’t exist. I have many female friends who tell me crazy stories.

Lately, I’ve been trying to organize meetings between female founders and VCs. I think it’s helping them because they have great products and teams. But there is this missing link with fundraising.

We want to avoid having meetups where female founders can hide in the crowd. I want them to have one-on-one meetings with VCs, so we’re trying to encourage that type of relationship. I hope this helps correct the system a little bit.

Any tips on how to be your most productive self?

Be sure to get some rest. Take care of your health, and don’t forget about your personal life. Build a personal life; there are so many ways in which your company can fail, but your family is always there. Give back on a daily basis, and always strive to learn new things. 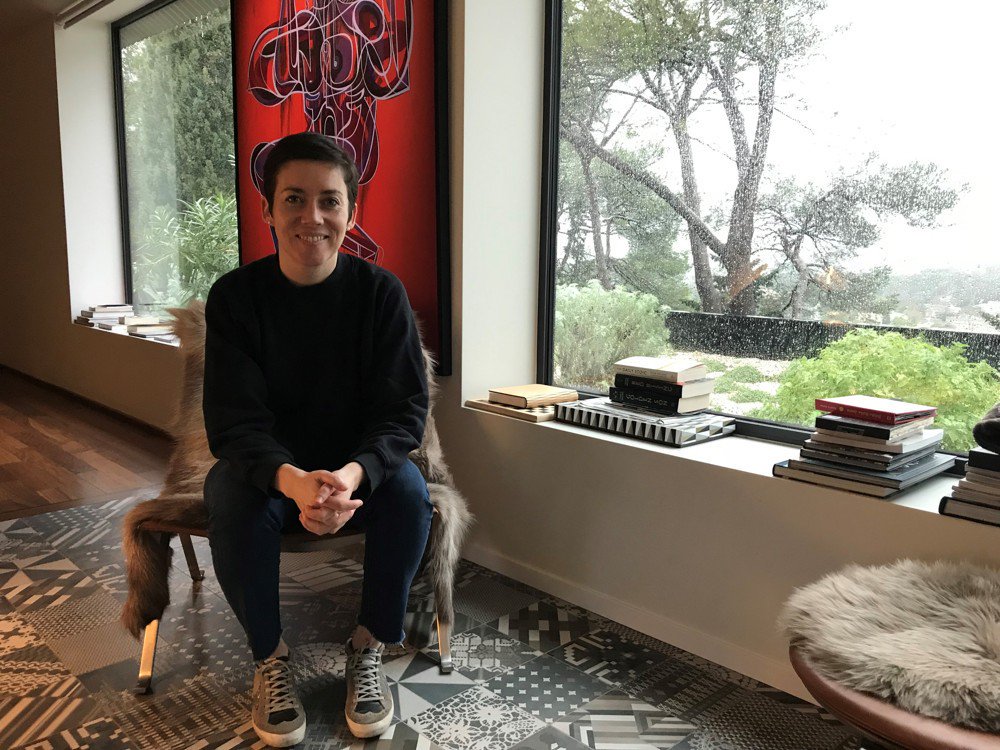 What do you think the biggest difference is between France and the United States?

What’s painful for me is that we’re able to create local startups in France, but there’s still something missing in terms of expanding internationally. We lack people who know how to scale startups. We don’t have what you have in the Silicon Valley or New York, where there are many people willing to take risks within startups and scale them effectively.

There are some, of course, but not as many as there are in the U.S. We need a model for bringing that type of talent to Europe. We also need to create an environment where there’s enough appeal so talented people feel motivated to work here. France Digitale, the #1 European startups association, is one voice that helps make change at both a national and EU level. I am currently the co-president of the association.

When it’s all over, how do you want to be remembered?

I want to be remembered by my kids. The rest isn’t really important.

Annabel Maw
Annabel is a Marketing Communications Manager at JotForm. She’s passionate about writing and has worked in communications roles domestically and internationally. When she’s not blogging about SaaS or online forms, she enjoys international travel, loud concerts, and artisan coffee. You can reach Annabel through her contact form.

Makers Series: How to effectively manage a virtual team

Makers Series: How famous photographer Jeremy Cowart made it big

Makers Series: Be like a machine; it’ll help you scale better

Makers Series: Why your company needs to think like an editor

Makers Series: This is Why You Should Design Your Process

You can't (and shouldn't) do it all: Strategies for effective delegation