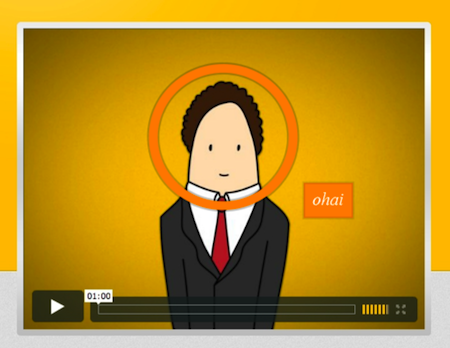 UPDATE: As of January 2019, our integration with Wishbox has been discontinued. Feel free to check out our free, customizable feedback form templates!

Yesterday’s Wishbox Launch was probably the most fun we have ever had on a software release. Wishbox was featured on Techcrunch, TheNextWe and stayed on the first page of Hacker News for a long time. We welcomed 20,000 new visitors on our site from them. But, here is the fun part: We have been receiving constant stream of funny screenshots from people who tried the Wishbox.

Today, I want to keep things light and share top 10 funny feedback shots we received. The video we have on the Wishbox site had a character called “Jack”. People seem to be getting obsessed with him.

Some thought he looked weird and even creepy.

Some people found his hair funny.

But the Techcrunch writer was right on, Jack was really a thumb character:

It is not like we did not receive any constructive criticism:

It was not all bad. Some people possibly liked Jack and even empathized with him:

Some people really liked the arrows.

And still obsessed with Jack!

And the winner is…

This was the most creative and crazy screenshot we received yesterday. We loved it.

How to use Jotform to build a healthy, productive team and hit 2023 goals

Start the year off right with Jotform’s fastest-growing integrations

Year in review: How our users pushed Jotform to new heights in 2022

7 ways to use Jotform for year-end tasks and festivities