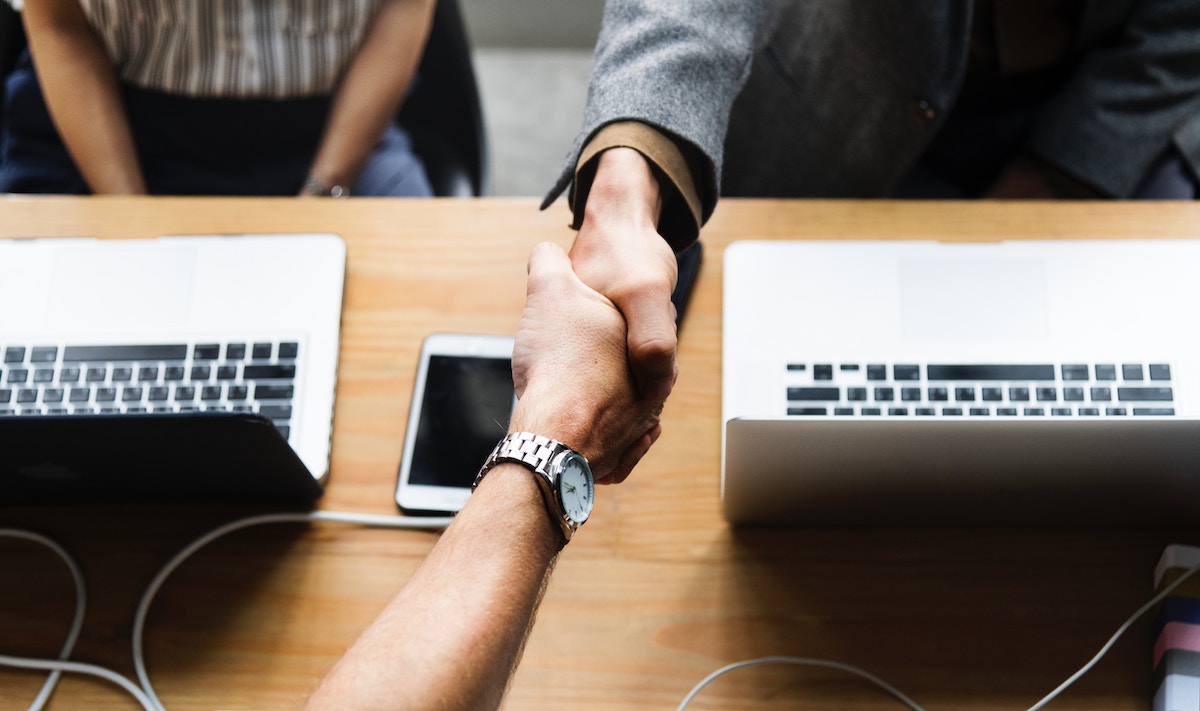 Trust or bust: How to create solid relationships with your team

At the center of every healthy relationship is trust.

Whether it’s the relationship someone has with their partner, their children, or their teammates at work, if there isn’t sufficient trust, it’s only a matter of time before things go south.

Many small business owners often take this point for granted. They assume it’s their competitors who need to worry about such things. Even small businesses with a few hundred employees tend to have a “small town” feel, where everyone knows each other, everyone has the same goals and, thus, everyone presumably trusts each other.

But that’s not always the case.

A small business that lacks trust will also lack teamwork, an absolute essential for the company’s success. That makes the problem something no business owner should ignore.

4 ways to build better relationships in a small business

As Stephen R. Covey said in his famous book, The 7 Habits of Highly Effective People, “Without trust we don’t truly collaborate; we merely coordinate or, at best, cooperate. It is trust that transforms a group of people into a team.”

Most small business owners would not be happy settling for coordination or cooperation. They want their employees to attack goals as a functional unit, as teammates who go after each target together.

And yet, according to PWC’s 2016 Global CEO Survey, more than half of all CEOs believe that a “lack of trust” poses a major threat to the growth of their organizations.

So owners who want to grow their business with better teamwork should focus on first growing trust by following the four tips below.

1. Keep employees informed about the status of the company

This rule for building and maintaining trust with customers could just as easily be called the “Law of Don’t Let Them Hear It Somewhere Else.”

Obviously, management can’t share everything that’s going on in the company with the rest of the team, but many owners make the mistake of only announcing the great news and never talking about anything negative.

Unfortunately, employees sometimes hear about this news from other sources. In a worst-case scenario, they find out because management finally needs to address the problem by laying people off. An event like that will absolutely ruin employees’ trust in their company.

As much as possible, small business owners should be open and honest with their staff even when this means disclosing potentially worrisome details. Even if it does end in layoffs, employee trust will remain unbroken.

2. Prioritize trust as a trait for earning promotions

One easy way to ensure that teamwork remains a priority is for small business owners to promote the most trustworthy people. In other words, when new positions open, small business owners should consider who has been the best at fostering teamwork. This shouldn’t be the only trait that matters for the new role, but no one who lacks it should ever get promoted.

Promoting someone isn’t likely to inspire this person to begin using teamwork all of a sudden to build trust.

Actually, they may do the exact opposite.

Susan David, the founder of the Harvard/McLean Institute of Coaching, believes that bad attitudes, procrastination, and other negative traits can function as a kind of “social contagion,” which lowers the performance of the entire team around them. “We all pick up on subtle cues from other people,” she told the Harvard Business Review, “and that affects our behaviors and actions. That leads to poor team efficiency, lower levels of commitment, and less focus on the shared goal.”

This is why small business owners should actually go out of their way to make sure their employees know that teamwork is something they take very seriously, something they actively look for in candidates who are up for promotion.

Team-building activities have long been the go-to method for building trust in the workplace. The idea is that bringing the team together to take on shared challenges will help create relationships built on mutual trust.

In reality, the best-case scenario is usually that just enough teamwork is mustered to accomplish the immediate goals. Then, the team returns to work without much to show for their field trip. In fact, some employees may actually feel annoyed that they were taken away from their work for a day because it means they’ll have to double their efforts to get caught up (which may even include working late).

If anything, their jobs already provide countless opportunities for teammates to work toward shared challenges. Instead of taking employees off-site, managers should do a better job of coaching such tasks these ways.

When describing projects, they should stress the importance of teamwork. The project is their team-building exercise.

Similar to prioritizing trust as a trait that matters for promotions, stressing the vital role that teamwork plays in achieving each and every goal is the best way to make every day a team-building activity — one that really matters.

Every small business owner knows about the importance of leading by example. If punctuality is important, the business owner should be punctual. If they’d like their people to work harder, they need to be working harder, too.

The same applies to trust. No business owner will inspire trust in their employees if they don’t actively trust them first.

As this article touched on earlier, one way to do this is by being open and honest with employees. Showing them this kind of trust makes it much more likely that they’ll trust the business owner in return.

It’s really up to the owner to make the first move. Distrust in employers is a widespread problem. According to a study done by EY, less than half of employees report having a “great deal of trust” in their employers.

The five main reasons given for this lack of trust were

Small business owners should consider each of these potential factors and, if they recognize any in their own organizations, start to build trust in that area. Publicly addressing the problem and then working to fix it could go a long way toward leading by example.

Another option is to start a comment box so that employees know that management values their opinions. After all, every healthy relationship needs open communication.

A small business owner who wants their company to benefit from the power of teamwork needs to inspire trust. This requires daily commitment. Trust may be powerful, but it’s fragile, too. One bad decision could be enough to break it.

By focusing on these four tips each and every day, owners will build a culture of trust among their staff and, most important, will actively maintain it, so it becomes one of their most powerful assets.

Annabel Maw
Annabel is the Director of Communications at Jotform. She's passionate about writing and has worked in communications roles domestically and internationally. When she's not blogging about SaaS or online forms, she enjoys international travel, loud concerts, and artisan coffee. You can reach Annabel through her contact form.

How to edit PDF form fields

How to avoid stockouts

How to use landing page surveys to increase conversions