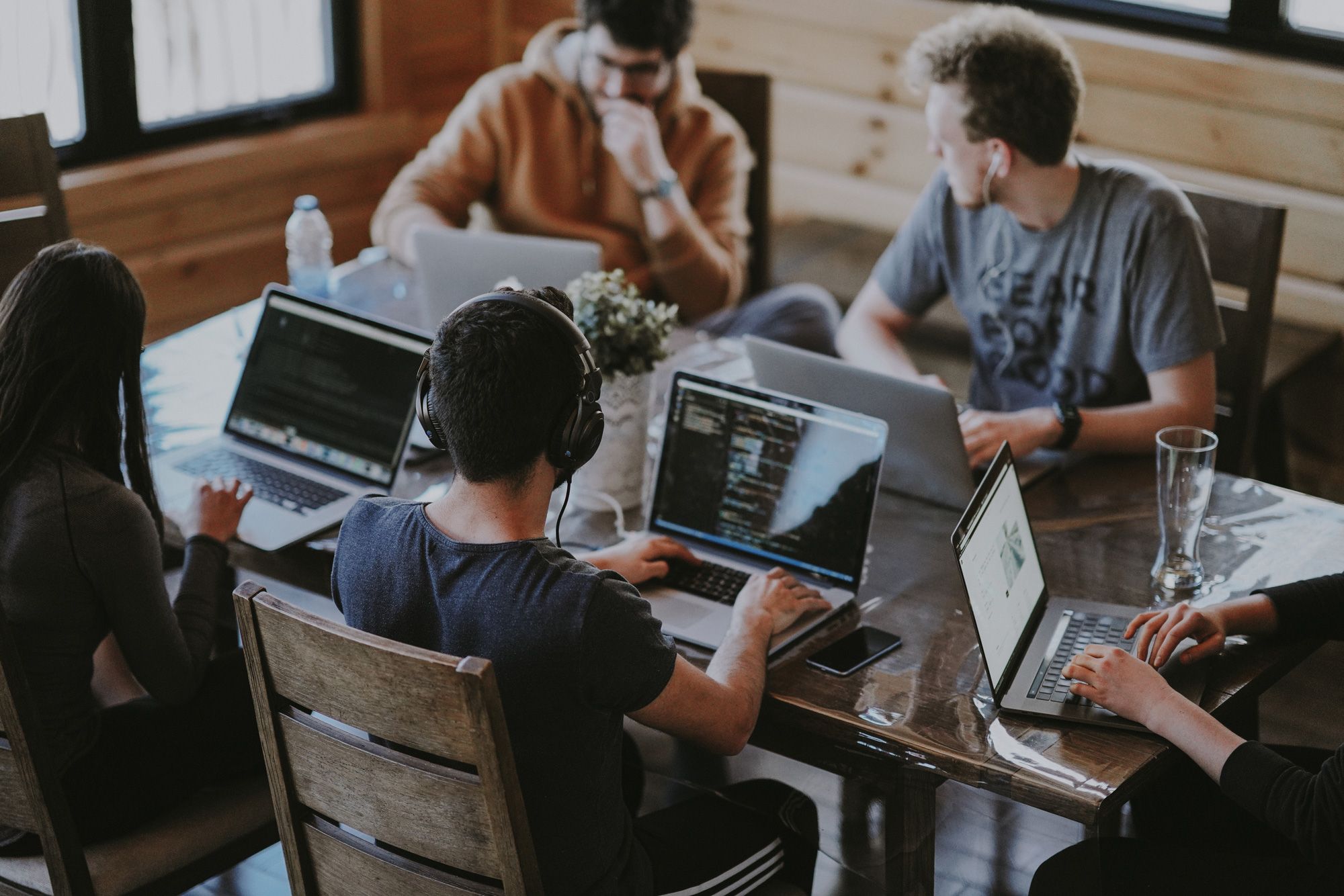 Why you should be thinking about employee engagement

“Nearly every person I worked with,” said one ex-staffer, “I saw cry at their desk.”

“The joke in the office was that when it came to work/life balance, work came first, life came second, and trying to find the balance came last,” said another.

These quotes from former Amazon employees were published in a 2015 New York Times exposé on the e-commerce juggernaut.

When the story went to print, Amazon had just surpassed Walmart as the most valuable U.S. retailer, with a market valuation of $250 billion.

It seemed Amazon was doing something right.

Despite the long hours and harsh rules, Amazon was thriving because so many employees were highly engaged with their daily work. They were challenged to chase the cutting edge of innovation. They were excited to be part of Amazon’s journey.

At Jotform, for example, we walk our talk of work-life balance. I’ve written before about the importance of recharging, and I don’t believe in promoting stress, overwork, or the 24/7 hustle.

Employee engagement, however, can be an elusive target for many companies. According to a Gallup poll, only 32% of employees in the United States are engaged in their jobs.

Gallup also estimates that the cost of poor management and lost productivity from disengaged U.S. employees is between $960 billion and $1.2 trillion per year. And companies spend a combined three-quarters of a billion dollars annually to improve employee engagement.

Whether you’re just starting your career or you’re a senior leader, engagement is critical to the success of both organizations and individuals.

Engagement is more than just productivity

Though it seems like a familiar term, “engagement” is actually a slippery concept to pin down.

In the past, engagement was almost synonymous with productivity. More engaged workers typically worked longer hours, and therefore, were considered more productive.

More recently, researchers have pointed out that someone can be highly productive and still report low personal engagement. By the same token, an employee can score high on engagement but have sub-par productivity.

Perhaps it’s more useful to think of engagement as a multidimensional concept that includes both an employee’s behavior and his or her attitude.

So, engagement includes the commitment, passion, and loyalty an employee feels toward their work and their organization (that’s the attitude part) and the amount of time and effort they dedicate to the job (the behavior part).

It’s important to look at both sides of employee engagement. If your most talented employee is also your least engaged, the result is inevitable: he or she will leave.

When employees are engaged, you lower the risk of turnover and increase both customer satisfaction and your company’s overall chance of success.

In one Gallup survey, organizations whose employees reported high engagement had 25% to 65% less attrition than their peers. They also received higher marks in productivity and customer satisfaction.

That means if you want to retain bright employees and increase profits, it’s essential to ensure they’re fully engaged.

For employees, it’s important to monitor your own engagement. Check in with yourself and assess whether your current position meets your needs. If not, take action before you check out — mentally, physically, or both.

The two prongs of employee engagement

If you’ve ever led a company or a team, you know firsthand: true engagement takes work. Even with an office full of bright, talented people, managers need to create and maintain the conditions that foster engagement.

Challenging employees is all about giving them room to grow and advance. After all, a new position brings a massive learning curve. Even someone with strong skills and experience needs time to learn the organization’s unique systems and procedures.

Eventually, they gain confidence and work more effectively and efficiently.

But what happens when the learning curve plateaus? This is when disengagement can creep in. It’s easy to fall into a routine that’s comfortable, but increasingly less challenging.

To continually challenge employees and prevent disengagement, managers can ensure that employees who reach the top of the curve can quickly advance to a new curve. That could mean a new position, added roles, and responsibilities, or even greater autonomy.

For example, you can set goals and let employees determine how to attain them. Or, let employees take full ownership of a complicated project.

Often, you’ll be surprised to learn how much your employees can handle when they are given the opportunity.

When my wife and I had our second child, I took a full three months of paternity leave. So, early in my wife’s pregnancy, I began creating a system that would allow me to delegate as many responsibilities as possible.

In the end, I visited the office just three times to sign important documents. I spent about 30 minutes a day checking work emails. And I didn’t do any phone or in-person meetings.

My leave required considerable planning and training, but my team quickly adapted and continued to deliver standout work.

An atmosphere of inspiration

According to studies, only two in 10 employees strongly agree that their performance is managed in a way that motivates them to do outstanding work.

Great results begin with high motivation. And the motivation must come from within, which is what experts call “intrinsic motivation,” versus external sources of motivation, like performance reviews and pay raises.

These ways might be helpful to enhance your employees’ intrinsic motivation:

Include your teams in organizational goal-setting

Employees who understand their company’s key goals (and are involved in creating those targets) are almost always more motivated. They feel invested in creating collective success.

In fact, recent polls show that employees whose managers involve them in goal setting are 3.6 times more likely to be engaged than employees who don’t have clearly-defined goals.

So, schedule time to review personal, departmental, and company-wide goals with new employees. Check in periodically to evaluate both individual and team progress, and work with employees to adjust and update those goals.

Acknowledge employees for their accomplishments

Whether it’s a successful presentation or reaching a larger milestone, everyone likes to be recognized for a job well done.

Some organizations even develop fun ways to recognize standout employees. Legal Monkeys, for example, created an Appreciation Board. Employees write a personalized note on the board and present it to someone they want to recognize. The recipient can display the board on their desk until they’re ready to pass it on and “appreciate” someone else.

Acknowledgment can also be simple. Tell a colleague that they did a great job on a project or task — and explain exactly why you feel that way. You’ll probably notice that this positive energy is contagious.

Most people have had a brush with micromanagement. For example, you’re given the reins to an exciting new project, but your manager offers “constructive” suggestions and feedback. Every. inch. of. the. way.

It’s frustrating and, at times, it can feel demoralizing.

What’s the point in managing this project if I’m not actually… managing it?

Micromanagement signals to your employees that you don’t trust them to handle the task. That, in turn, can decrease their confidence and kill motivation.

Instead, have faith that you hired smart, creative, qualified people who are ready to rise to the challenge. Then, let them prove it.

The many benefits of engagement

The legendary American comedian Groucho Marx once said, “I refuse to join any club that would have me as a member.”

While I appreciate Marx’s humor, everybody wants to work in organizations that embrace team members; companies that we’re proud to support.

In order to attract and retain great employees, it’s essential to create a culture of high engagement. Managers need to continually challenge their teams, allowing them to grow and advance, and to establish policies that fuel intrinsic motivation.

No one should feel like a cog in a wheel. If people are treated as individuals, with unique capabilities and a deep potential for growth and learning, chances are they’ll impress you with their efforts — and their results. Most importantly, no one has to sacrifice their personal life to succeed, either.

By prioritizing these goals, you can enhance both employee development and company growth.

And maybe you’ll build an organization that even Groucho would want to join.

7 of the best employee apps

HRMS vs HRIS: What you need to know

11 ways to use recruitment automation to improve hiring