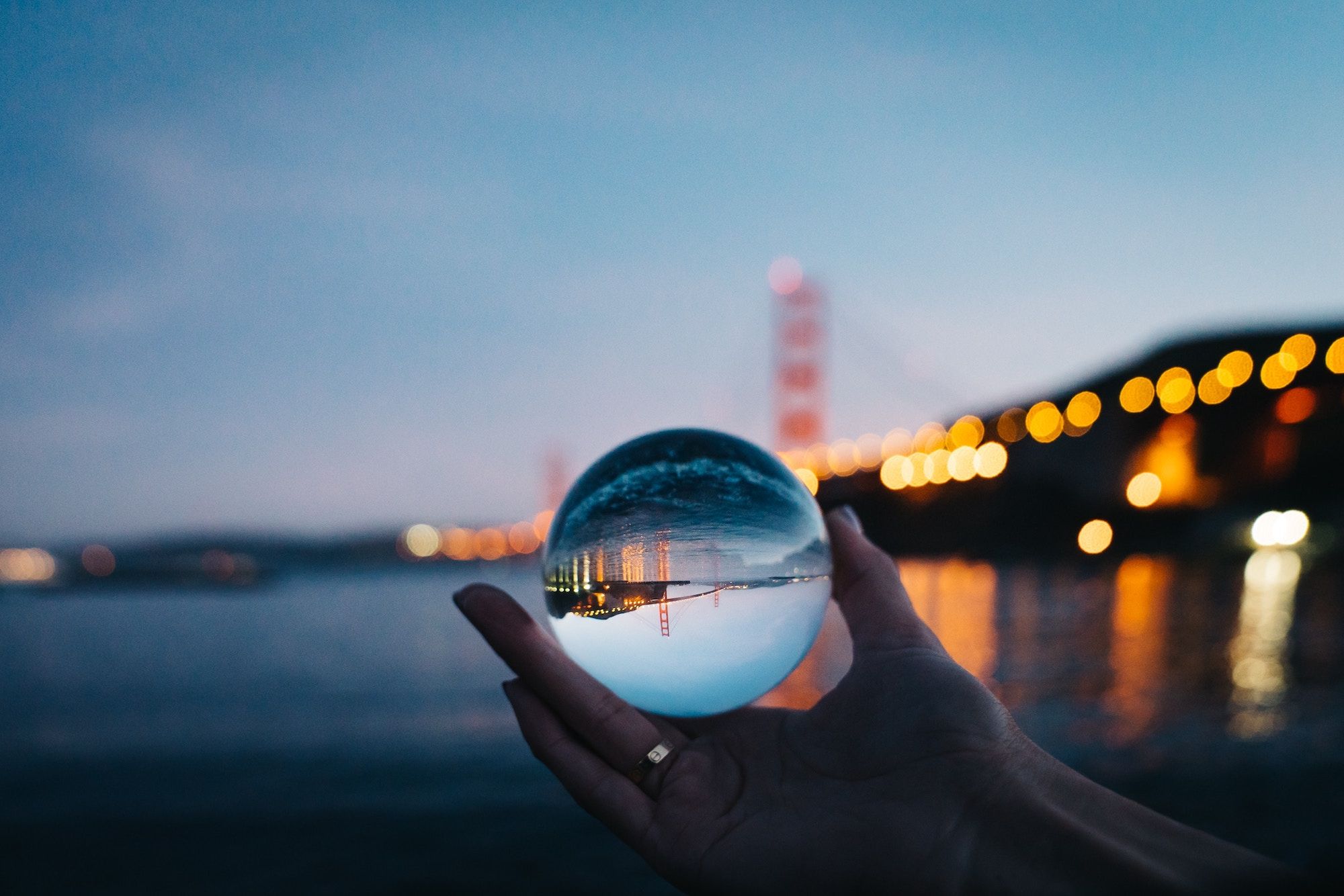 Your future self is your most important mentor

Peter Emshwiller was 18 years old when he interviewed his future self.

Dressed in a tan suit with his age pinned on the lapel, Peter asked an invisible, future version of himself a series of questions about his life:

Was Future Peter married? What had he accomplished in his career? And, most importantly, was he an “exceedingly rich superstar?”

Thirty-eight years later, at the age of 56, Future Peter finally recorded his answers for a film project he calls “Later That Same Life.”

The result feels a bit like time travel — and it holds some powerful insights.

After some playful questioning, the interview turns serious when Future Peter, clearly wiser for his age and experience, responds to his younger self’s question about his family.

“I don’t know how much I should tell you, but spend as much time as you can with him,” Future Peter says to his younger self.

This moment is sad, as it’s clear Peter’s father has died. But it’s also difficult to watch because, as viewers, we know Young Peter’s opportunity to spend time with his father has passed.

If only Peter would have had the opportunity to listen to his own advice, decades before.

The distance between present and future

If you could sit down with your future self, what would you ask?

And, more importantly, how do you think your future self would reply?

As we see in Peter’s time-bending interview, our future selves can remind us what’s truly important, so we can prioritize accordingly in the present.

Still, it can be difficult to make daily choices that benefit a distant, future version of ourselves, because many of us view our future selves as strangers.

“Though we will inevitably share their fates, the people we will become in a decade, quarter century, or more, are unknown to us,” writes Alisa Opar for Nautilus. “This impedes our ability to make good choices on their — which of course is our own — behalf.”

This sense of distance biases us toward our present selves, which subconsciously affects our character and choices.

Maybe you have a goal to be more health-conscious.

Chances are, the buttery taste of a croissant is more immediately gratifying than the vague notion of feeling healthy later in life.

Yet your future self would probably tell you that having a healthy heart and a strong body is more beneficial than a fleeting moment of pleasure.

So how do we bridge the gap between our current and future selves?

One approach is to keep our future selves in our line of sight.

In a 2011 study, researchers found that people are more likely to make choices in favor of a future self they can actually visualize and empathize with.

This concept is called self-continuity, or the ability to see oneself on a spectrum.

When we see our future selves as clearly and presently as our current selves, we’re more motivated to choose what benefits them. After all, who wants to bend over backward for a total stranger?

“If people tend to consider the future self as a stranger — that is, if that distant future self feels on an emotional level like another person — then they may rationally have no more reason to save their money for their future selves than to give that money to a stranger.”

On the other hand, those who can see their future selves as a direct extension of who they are now are more likely to “act in ways that will benefit [themselves] in the future.”

Hershfield demonstrated this idea in a study where college students saw versions of their own faces aged by virtual reality. As predicted, these students were more prone to allocate money toward an imagined retirement account than the students who saw their current faces in a mirror.

In this way, our future selves can be our greatest mentors. If we will listen, they can help us to focus on what really matters to us.

While time travel (or even virtual reality) might not be a likely solution, we all have the opportunity to consult with our future selves, just as Peter did.

I think we’d be surprised to discover how a regular self-interview can help us stay on track with our values. Try asking yourself:

If we were to sit down together, where would my future self tell me to focus my time and attention? What do I want to accomplish, and who do I want to be 10, 20, or 50 years from now?

Identifying with your future self is like working backward from a goal. When you know what you want in the future, you can plan accordingly in the present.

Practically, befriending our future selves means we must be willing to rearrange our priorities in favor of what we actually want, not what we think we should pursue.

In order to stay focused, we need to remember that working on something is different than working toward something.

We work on tasks and projects. We work toward goals and dreams. Working on keeps us in the present, but working toward creates a path into the future.

If we want to grow, we’re obligated to spend time with and on our future selves.

“If you want to be a sales manager, you can’t just sell — you have to develop your management skill. If you want to start a new company, or launch a new product, or lead a new group, you have to spend time planning and building your skills and experience.

A future focus — working toward — can indeed feel unproductive. But the right balance of present and future (plus a little patience) can yield a great return.

In the early days of Jotform, I learned a bit about how to befriend my future self.

By day, I worked as a developer, and I enjoyed my job. In the early morning and at night, I spent time on my goal. I wanted to build a startup; to create a product that would positively affect people’s lives.

To outsiders, the time I spent building my company may have seemed unproductive. There were many other tasks I could work on: emails to answer and meetings to attend.

The real momentum began when I started to work toward, planting seeds without knowing when they would grow. Slowly but surely, through a lot of trial and error, Jotform became the business I had dreamed about several years prior.

If I could sit down with my younger self, before Jotform, here’s what I would tell him:

Great leaders — the ones who transform culture — can see clearly in the present. But their eyes are also fixed on the future.

Let’s befriend the stranger. Your future self might be your most important mentor.

We're getting "happy" wrong: why we need a more sustainable model of happiness

Stop trying to be perfect — a practical guide to self-improvement

Mind your emotions: why emotional agility is the key to personal growth

Read with purpose: how to better understand and retain what you read