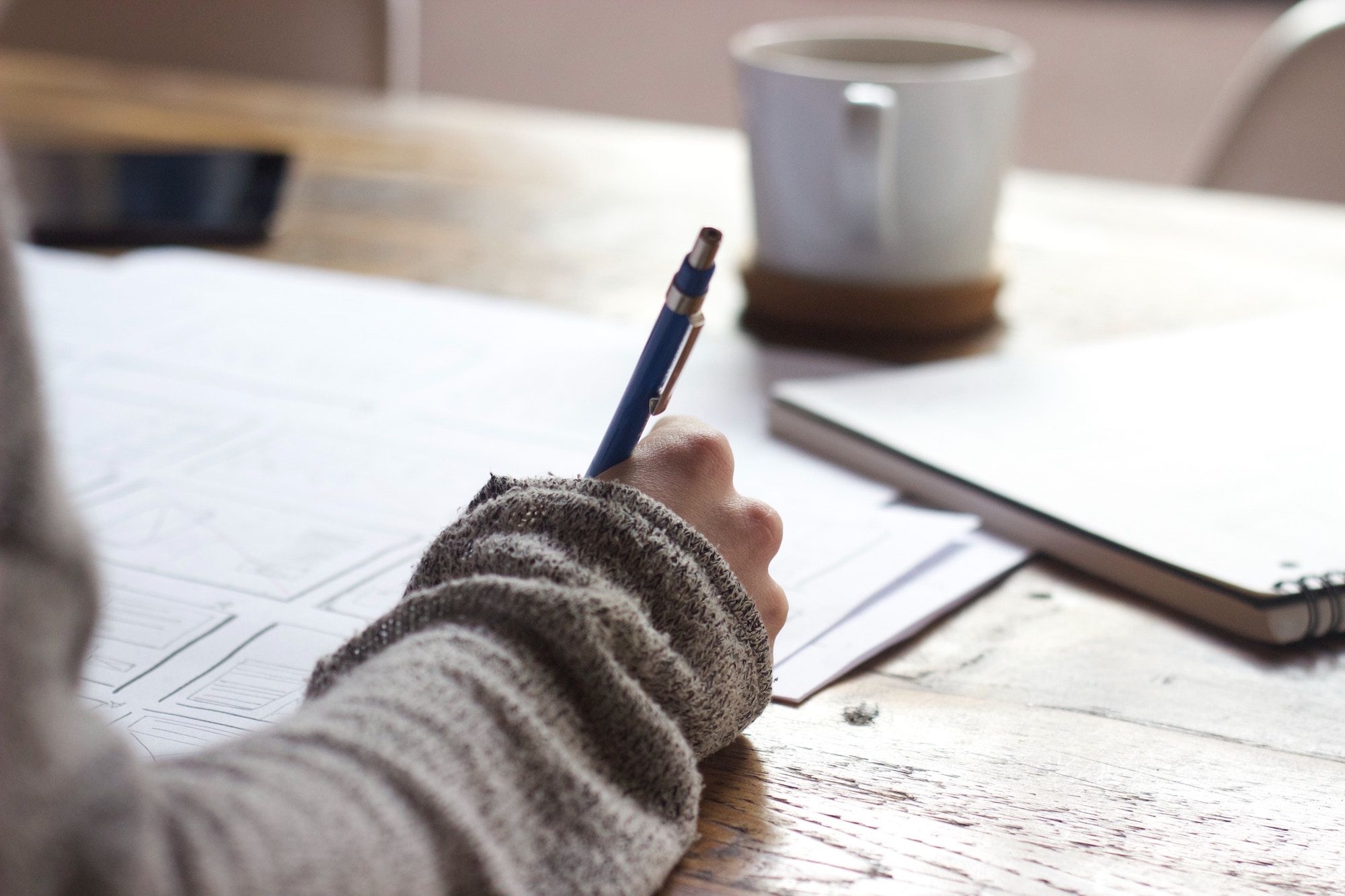 Learn to learn better: four ways to improve your retention

Aleksandar Hemon was 44 when he arrived in Chicago in 1992 from his native Sarajevo.

A journalist by trade who spoke no English, he set out to master the language of his newly-adopted home and publish an article within five years.

Working as a canvasser and door-to-door salesman, Hemon learned English, and within three years, he published his first story.

Today, Hemon has contributed to the New Yorker, the Paris Review and The New York Times, among other publications. He’s penned award-winning novels (in English) and received both MacArthur and Guggenheim fellowships for his writing.

They say you can’t teach an old dog new tricks. As Hemon’s story proves, that couldn’t be further from the truth.

Learning isn’t confined to primary school and the youthful days of university — which is a good thing, considering how much time college kids spend socializing, partying and generally not learning.

Instead, learning should be a never-ending pursuit.

Motivational speaker Jim Rohn once said that the world’s most successful people are lifelong learners. They understand that their level of education determines their quality of life.

I’ve written before about the Buddhist concept of “Beginner’s Mind” — the idea that we’re always learning; always a beginner, ready to absorb new perspectives.

Adopting a Beginner’s Mind increases our creativity, humility and gratitude. That’s why I try to continually learn: I read Hacker News, several blogs, and at least one nonfiction book at all times. I stay active on interesting discussion forums.

I also try to hire world-class consultants who can teach our teams, because we rarely know what we don’t know.

We choose a few people to meet weekly with these consultants to discuss strategies and gather advice. In areas where we didn’t have enough core competency (like SEO), we’ve seen tremendous success from this approach.

The value of knowledge

In today’s knowledge economy, lifelong learning is more important than ever.

For example, technology has made most products and services significantly cheaper — a phenomenon that Peter Diamandis, author of Abundance, calls “demonetization.”

Diamandis argues that we’ve demonetized at least $900,000 worth of products and services that we would have purchased between 1969 and 1989. Take research — as Diamandis writes:

“In years past, collecting obscure data was hard, expensive in time if you did it yourself, or expensive in money if you hired researchers. Today, during the Google Era, it’s free and the quality is 1000x better. Access to information, data and research is fully demonetized.”

At the same time, knowledge is increasingly valuable, particularly when it comes to innovation and leveraging new technologies. That’s why learning is the single best investment of our time.

Whether we’re studying a new language, like Hemon, or brushing up on our programming skills, there are several ways we can become better students, beginning with how we learn.

Metacognition, or thinking about thinking, is a valuable learning skill. And if you read the previous sentence, chances are you’re now thinking about your own thinking — and you’re already on your way to better learning.

You might expect that our capacity to learn boils down to IQ and how many hours we study each day.

But how we learn may be equally important. In fact, metacognitive activities like planning, monitoring, and reflecting can deeply enhance learning — on top of raw intelligence.

Marcel Veenman, director of research & training at the Institute for Metacognition Research, found that when it comes to learning something new, people who engage in metacognition outscore those who have sky-high IQ levels alone.

Jotform has 4.3 million users. I’d like to see that figure continue to rise. In order to do so, and to compete with the big dogs like Google, we need to maintain our edge in the crowded world of online forms.

We need to provide real value to our customers.

We need to keep learning.

Here’s how we can all continue our education — each and every day.

At some point, nearly all of us have pulled an all-nighter or done a last-minute cramming session. As it turns out, learning in multiple, spread-out sessions, known as “spaced repetition,” is a far more effective approach.

John Medina, author of Brain Rules, calls repetition the most powerful way to sear memories into the brain.

Maybe you’ve made a 2019 resolution to learn French. To leverage spaced repetition, you could start by creating a review schedule. Each night, carve out time to study, alternating between vocabulary and grammar. Limit the duration of these review sessions to 30 minutes, or as long as you can focus without distraction.

Next, establish a way to store and organize information. Software like Evernote and SuperMemo are great tools that are also easily accessible.

Finally, you’ll need a metric to track your progress. Measuring your gains will motivate you to continue.

While establishing a system requires some time upfront, spaced repetition helps us to retain information and can reduce our total learning time.

In 2016, productivity expert Scott Barry Kaufman found that 72% of people get creative ideas in the shower. I count myself as part of that group.

These epiphanies, or “shower ideas,” often happen while we’re engaged in an unrelated activity, because our brains make connections between information we’ve already consumed.

I’ve also had some of my best ideas during (or just after) intentional downtime. That’s one reason why we believe in giving employees paid time off — and we encourage them to actually use their vacation days.

Often, we assume that learning only happens while we’re cramming new ideas and concepts into our brains, when in fact, a lot happens during moments of mental quiet.

Take sleeping — a time of total cognitive rest when experts say we “tidy up” our existing knowledge. In a recent study of participants learning foreign language vocabulary, a good night’s sleep reduced practice time by 50%.

On the other hand, skimping on sleep harms your ability to acquire new information — and this includes details acquired before and after sleep deprivation.

As any teacher will attest, the best way to learn something is to explain it to someone else. This idea is backed up by the Learning Pyramid, a visual tool that demonstrates the most effective ways to learn.

According to the pyramid, people retain 90% of what they learn when they teach someone else or apply the information immediately. Compare that with a mere 10% of what we learn simply from reading.

Acting on new knowledge is one of the most effective ways to enhance retention. That’s why Nobel Prize-winning physicist Richard Feynman came up with the Four-Step Feynman Technique, a learning aid that breaks down concepts into their most digestible versions.

“If you can’t explain it in simple terms, then you don’t understand it.”

Distilling a subject into its basic parts not only boosts understanding, it also highlights knowledge gaps.

When we encounter those gaps, Feynman’s technique advises us to return to the source material and re-learn what’s missing.

I’ve written about teaching before, and how I use “co-piloting” to delegate projects. By walking and talking colleagues through a task, from start to finish, I always improve my own skills — and identify any shaky spots along the way.

Ever wonder how Elon Musk became a multi-industry expert? Aside from being a voracious learner, Musk’s cross-training between fields has helped him to achieve mastery in each.

Musk applies a technique called learning transfer: taking what we study in one context and applying it to another.

For example, we could practice a mindfulness technique or a reading comprehension tool. We can also study multiple fields and use the information from one to enhance our understanding of another.

To apply knowledge in a new context, we have to think critically about it. For example, if I have a firm grasp of Spanish grammar rules, it will help me to learn French faster, too. And I’ll strengthen my Spanish language skills in the process.

Musk has a two-step process for learning transfer. First, he deconstructs the knowledge into its fundamental principles. Then, he reconstructs it in a new field.

“It is important to view knowledge as sort of a semantic tree — make sure you understand the fundamental principles, i.e. the trunk and big branches, before you get into the leaves/details or there is nothing for them to hang onto.”

Becoming an expert across fields also enhances innovation. Neuroscientist Nancy C. Andreasen, who studies creativity and the source of genius, has found that history’s most creative people, including Michelangelo and Leonardo da Vinci, were polymaths.

Similarly, in a study of the 20th century’s best opera composers, researcher Dean Keith Simonton found that “the compositions of the most successful operatic composers tended to represent a mix of genres… composers were able to avoid the inflexibility of too much expertise (overtraining) by cross-training.”

So, ignore the old “jack-of-all-trades, master of none” adage, and feel free to explore multiple fields of study.

It’s no coincidence that successful people are dedicated to lifelong learning. In a world that moves at an ever-faster pace, we need both the skills and the ability to think critically about new concepts.

Most of us strive to become experts in our fields — and if, like Elon Musk, we can master several industries, that’s even better.

I hope these four techniques are helpful in your quest to learn better and faster.

How to make a Bitmoji classroom

How to create a remote learning plan

Benefits and challenges of mobile learning