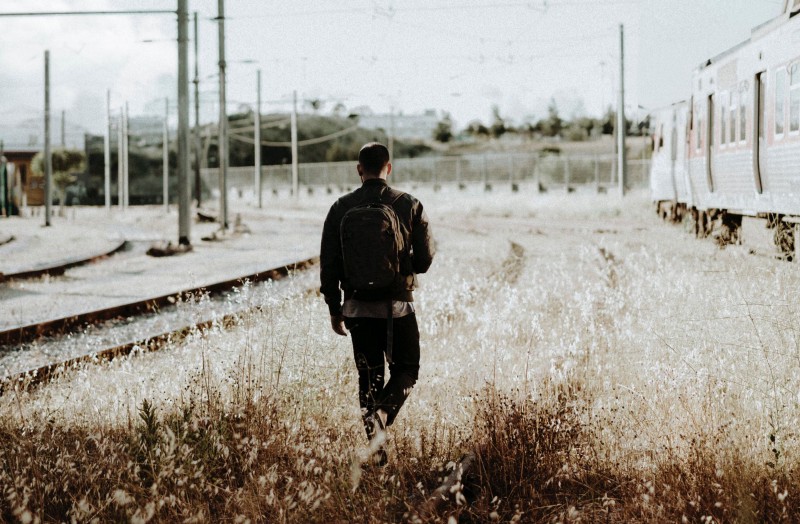 The power of doing nothing at all

The old crocodile was floating at the river’s edge when a younger crocodile swam up next to him,

“I’ve heard from many that you’re the fiercest hunter in all of the river bottoms. Please, teach me your ways.”

Awoken from a nice long afternoon nap, the old crocodile glanced at the young crocodile with one of his reptilian eyes, said nothing and then fell back asleep atop the water.

Feeling frustrated and disrespected, the young crocodile swam off upriver to chase after some catfish, leaving behind a flurry of bubbles. “I’ll show him”, he thought to himself.

Later that day the young crocodile returned to the old crocodile who was still napping and began to brag to him about his successful hunt,

“I caught two meaty catfish today. What have you caught? Nothing? Perhaps you’re not so fierce after all.”

Unphased the old crocodile again looked at the young crocodile, said nothing, closed his eyes and continued to float atop the water as tiny minnows muched away lightly at the algae on his underbelly.

Again, the young crocodile was angry he couldn’t get a response from the elder, and he swam off a second time upstream to see what he could hunt.

After a few hours of thrashing about he was able to hunt down a small crane. Smiling, he kept the bird in his jaws and swam back to the old crocodile, adamant about showing him who the true hunter was.

As the young crocodile rounded the bend, he saw the elder crocodile still floating in the same spot near the river’s edge.

However, something had changed — a large wildebeest was enjoying an afternoon drink just inches near the old crocodile’s head.

In one lightning fast movement, the old crocodile bolted out of the water, wrapped his jaws around the great wildebeest and pulled him under the river.

Awestruck the young crocodile swam up with the tiny bird hanging from his mouth and watched as the old crocodile enjoyed his 500 lb meal.

The young crocodile asked him, “Please… tell me… how… how did you do that?”

Through mouthfuls of wildebeest, the old crocodile finally responded,

Doing what matters vs. busy-bragging

When I was first building JotForm, I was a lot like the young crocodile — believing that I always had to be doing something to get results.

Back then, if someone would have told me that I would see greater results by spending more time doing nothing, I would have rolled my eyes and continued to chip away at my 16 hour day of work.

I thought that in order to be successful, I had to constantly be building, working, growing and developing the next thing — whatever that “thing” was.

All of us have a problem with busyness. But being busy and being successful are not one in the same. And, I think if we were to make “doing nothing” more of a priority, we might find ourselves catching more wildebeests versus measly catfish.

It worked for me, and I hope it can work for you, too.

But, doing less or nothing at all is easier said than done, especially in a society that suffers from extreme busyness. Let’s take a closer look at our unhealthy obsession with staying busy…

Mankind has struggled with busyness since the beginning of time — or at least since 425 BC when Homer walked the Earth.

The Odyssey tells the tale of the Lotus-eaters — a strange people that slothed around all day long eating lotus and doing nothing. And, what was stranger than fiction was that these people were content with their lives.

Terrified that if all of his men ate the lotus fruit they would be unmotivated to return home, Odysseus ordered the affected men to be tied to the ship benches and for the ship to set sail immediately.

It ’s interesting, Odysseus’s reaction to this feeling of “doing nothing” sounds similar to the Corporate CEO, the Startup Founder and the collegiate football coach we know today — hardcore workaholics that despise anything that might allude to a sense of complacency.

Though, they of course are just the tip of a much larger societal iceberg that feels frozen with fear at the thought of doing nothing.

The world as a whole now measures value in terms of busyness versus quality of work. In many ways, it has become something of a status symbol to be “busy”.

“How have you been lately, Mark?”

We’ve grown to subconsciously measure a person’s worth based off how many hours they work, how much is on their plate and put simply — whether or not they are running around like a chicken with their head cut off.

In Tim Ferriss’s 4-Hour Work Week, he pokes fun at this idea by facetiously saying that if you want a promotion, you should appear to be more busy by working longer hours, scrambling around and constantly answering emails.

But, sooner or later, all of us have to ask ourselves what our mission is — is it to be the busiest or is it to make the most impact?

And, what’s fascinating is that when we look at some of the greatest minds to grace planet Earth, we see an interesting commonality — they all make time for doing nothing.

The power of doing nothing at all

Making time in your life to do nothing can be challenging — especially during the work week where we are constantly pummeled and bombarded with meetings, notifications and an ever growing list of tasks.

Busy founders have started implementing “Think Weeks” into their annual schedules — week long periods they spend reflecting, reading, thinking and living outside the all-encapsulating world that is running a business.

While young founders like Skillshare’s Mike Karnjanaprakorn have adopted this practice, as well as big names like Steve Jobs, Mark Zuckerberg and Tim Ferriss, it was Bill Gates who originally made the Think Week famous.

For many years while running Microsoft, Gates would retreat into week long Think Weeks twice a year — not vacations, but actual periods of time dedicated to doing nothing.

Gates was so adamant about his Think Weeks that family, friends and Microsoft employees were banned. Today, Gates attributes much of Microsoft’s success to the big ideas and concepts he stumbled upon while doing nothing.

On implementing “nothing” time.

You don’t necessarily have to ban family and friends to retreat into a Think Week, though. Take me as an example.

Every year, I take at least a full week off from my company and head back to my hometown to help my parents with the olive harvest.

All thoughts of startup growth or conversion rates slip away when you’re picking olives. It’s meditative and calming.

I know that olive picking won’t land me at the top of TechCrunch, but it’s a personal measure of success. And somehow, some of my best ideas come to me during this period.

For someone who can’t take an entire week off of work once a year to do nothing, I recommend taking a slightly different approach — embracing the digital sabbath.

On either Saturday or Sunday, force yourself to step away from all forms of technology — a practice known as a digital sabbath.

Shut off your smartphone and hide it in your closet. Powerdown the laptop and slide it under your bed. And, try with all your might to refrain from binge-watching Netflix.

Give your brain space to think by stepping away from the daily grind and doing nothing. Your mind will have time to stumble upon new ideas and further process old ones.

You may find the success that results from this practice to be similar to that of the old crocodile at the beginning of this article.

While we tell ourselves we can achieve more by scrambling, sometimes it’s better to close our eyes and just float.

And, wait, until the wildebeest shows up.

It’s Time to Stop the Busy Brag. How to Manage Your Time and Eliminate 80-Hour Workweeks

Respecting others' time at work

Why no one is really productive