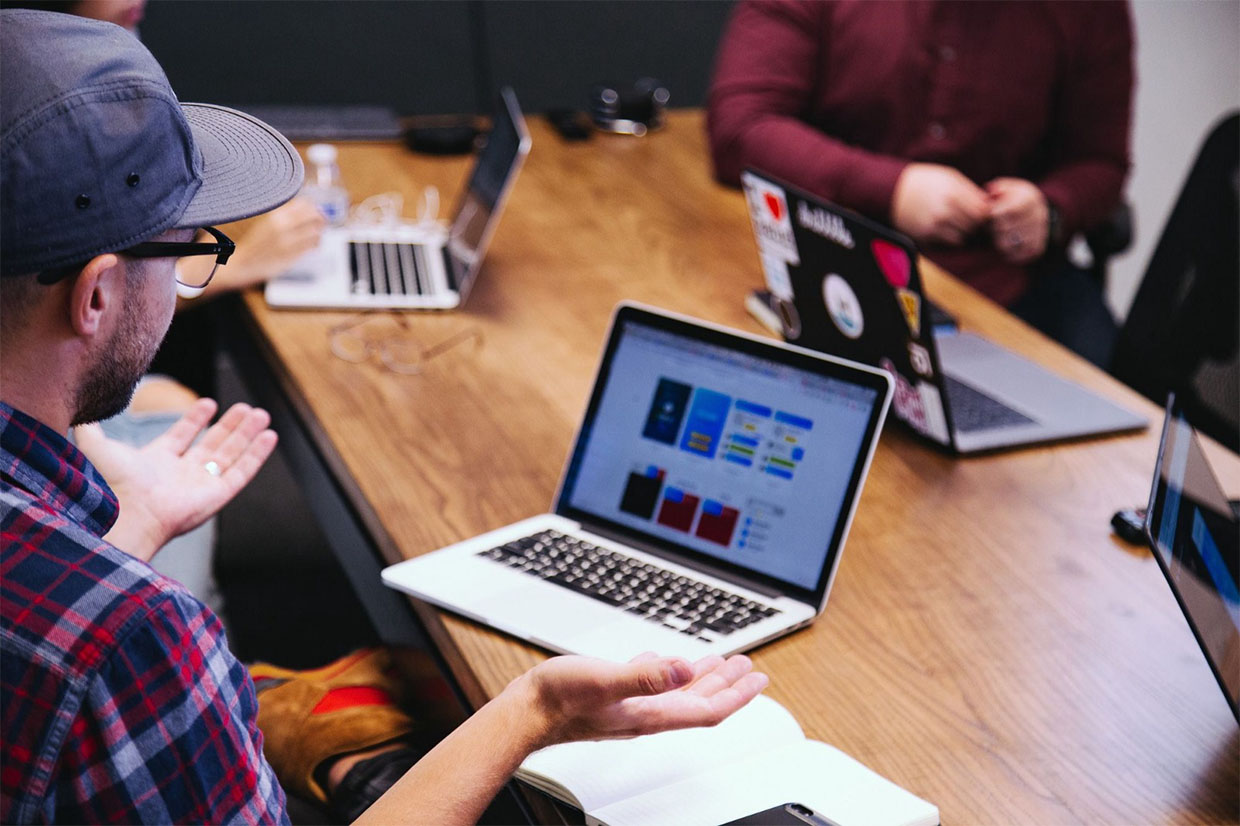 Should you walk out of that bad meeting, even if it’s rude?

It was Friday at 4pm.

Our product teams were presenting the results of a fun hack week. One group shared a QR code, so we installed their multiplayer quiz app and started to compete.

The first quiz was called, “How well do you know Jotform?”

Given that I founded the company 12 years ago, you would think I’d have an unfair advantage.

I got stuck on a question about our mascot, Podo. I was slower than my staff, too.

Regardless, the afternoon was so much fun. We laughed and talked and I felt proud of what the teams created. It was like a productive party.

Technically, this was a demo day, which is one of our few scheduled meetings. Every Friday, our teams show what they’ve learned or built throughout the week.

Demo days aren’t status meetings; we share tangible results, not droning updates. And we keep it short. An hour, max. Show your work or a quick video clip and let’s move on.

I share this story, because I believe that all meetings are not created equal. They’re not necessarily a “scourge” on your company.

Meetings are part of life as a founder or entrepreneur, but they’ve also become a hotly-debated topic — especially in the tech industry.

In a leaked email to his Tesla staff, Elon Musk says large meetings are the “blight of big companies and [they] almost always get worse over time.”

Musk also tells his staff to “walk out of a meeting or drop off a call as soon as it’s obvious you aren’t adding value. It is not rude to leave, it is rude to make someone stay and waste their time.”

So, what’s the solution?

Before Jotform had over 100 employees and 3.5 million users, I didn’t think much about meetings. It was just me at first, and the business grew slowly.

We’ve never taken any outside funding, either, so I don’t have to report to VCs or investors.

Now that we have three offices on two continents, I approach meetings much more strategically.

I don’t want to waste my time — and I really don’t want to lock my employees into pointless status updates. They’re the brains and the engine behind this business.

I want to empower them to do their very best work, and to enjoy the process.

Ultimately, every entrepreneur needs to set their own boundaries and create a meeting strategy that fits their organization. Here’s what works for us.

Our company has small, cross-functional teams of 4–6 people. Each group includes a designer, developer, UX specialist, and any other roles they need to create new product features, from start to finish.

Each team also has its own office, with a door that closes.

By working in the same space, teams don’t have to plan formal meetings. They can share ideas and feedback all day long.

It’s continuous self-management — and not only does this model inspire great work, it also prevents that dreaded calendar Tetris, where your schedule becomes a colorfully-unproductive puzzle.

Clearly, people also need quiet work time. Our teams set their own rules around interruptions and breaks — but the key here is that they decide.

I know this structure might not work for everyone, but it’s worth considering what could slash those lengthy meetings.

Maybe your team uses Slack or Messenger for quick requests. Or you could create a weekly “office hours” period when everyone is available for informal questions and connections. Experiment and see what works.

“It’s hard to come up with a bigger waste of money, time, or attention than status meetings.” – Jason Fried

I spent my summers in our İzmir offices which are by the incredible blue/green waters of the Aegean sea. After a recent status meeting with our San Francisco team, I decided to cancel these updates for the summer.

I do know that I want to spend those evenings with my family at the Çeşme beaches, instead of staying late at the office. We’ll schedule ad-hoc meetings instead. And I know I’m not alone in this change.

“It’s not a big revelation that software development requires long stretches of uninterrupted time to focus.

As Pinterest has grown, we’ve noticed the number of meetings also has increased.

Having so many meetings can fragment an engineer’s entire day, eliminating the stretches of uninterrupted time required to build software.”

Donohue says that this “seemingly small change” has already had a big impact. Over 91% of the developers say the switch has made them more productive and 80% say the no-meeting schedule is respected.

Pinterest is still experimenting, but it’s fascinating to see how another company is trying to balance uninterrupted work time with effective team communication.

Given that the typical American sits an average of 9.3 hours a day, walking meetings can boost your health and creativity, tear down hierarchies, improve communication, and make people happier, among other reported benefits.

Steve Jobs, Twitter’s Jack Dorsey, and Mark Zuckerberg have also been known to take it outside when they’re meeting with 1–2 other people.

I’m a fan of this meeting style, too. I always try to go for lunch and a walk with new employees, for example. We get to know each other in a relaxed way, and (hopefully), they start to see me as more than just “the boss.”

Don’t try to bring 7 people on a walking meeting, of course. But if you have the time, ability, and appropriate weather to escape the office, give it a try.

I get it. Most people hate email. At worst, the inbox can feel like a Sisyphean to-do list or an extended leash.

But if I’m going to pick between email and a meeting, I’ll go electronic — and it’s not because I don’t want to talk to my teams. Instead, I can give them thoughtful, considered feedback, and I do it on my time.

The “interruption” (which is really my job) comes at the end of the day when I sit down and pursue that all-important Inbox Zero.

Productive meetings have a clear goal and introduce new, useful (and usable) information.

There are two weekly meetings I look forward to: one with our Data Team and one with our User Research Team. Data Team share data analysis, conversion rates, test results and other helpful stats. The User Researchers tell me what they’ve learned from user interviews and usability tests they have completed.

If there’s unusual behavior on a metric, we talk about it and try to generate solutions. I always learn so much — and the details they share directly influence my work.

The anti-meeting backlash can make founders feel like every conference call or briefing is a waste of time. I don’t think that’s true.

A meeting that quickly and efficiently accomplishes its goal, while effectively aligning the participants is well worth the space in your schedule.

Business is a team sport. Nothing great is achieved in isolation. We all need to talk over plans and ideas, but finding a more strategic approach is valuable for everyone.

Author Kevin Ashton says “the word ‘no’ has more creative power than ideas, insights and talent combined,” but most people aren’t taught to use it:

“We are taught not to say “no.” “No” is rude. “No” is a rebuff, a rebuttal, a minor act of verbal violence. “No” is for drugs and strangers with candy.”

Clearly, the ability to say “no” is a privilege and a form of power. Not every employee can flex that power in all situations. But, when you can — and especially if you’re making the rules — let’s say no to unproductive meetings.

After all, meetings shouldn’t be a four-letter word. The act of sharing ideas and updating our colleagues shouldn’t be something we dread. It should fuel the organization, not drain its momentum.

So, maybe we can’t all walk out of meetings or hang up on long-winded calls, but we can be more strategic. More respectful of each other’s time.

Let’s try to change how we work and communicate, for everyone’s benefit.

How to hold a virtual town hall meeting

by Kimberly Houston | May 17, 2021
Educational Technology

How to conduct a parent-teacher conference

How to host a virtual hiring event

10 tips for moving to paperless meetings

How to set up a Zoom meeting

Respecting others' time at work