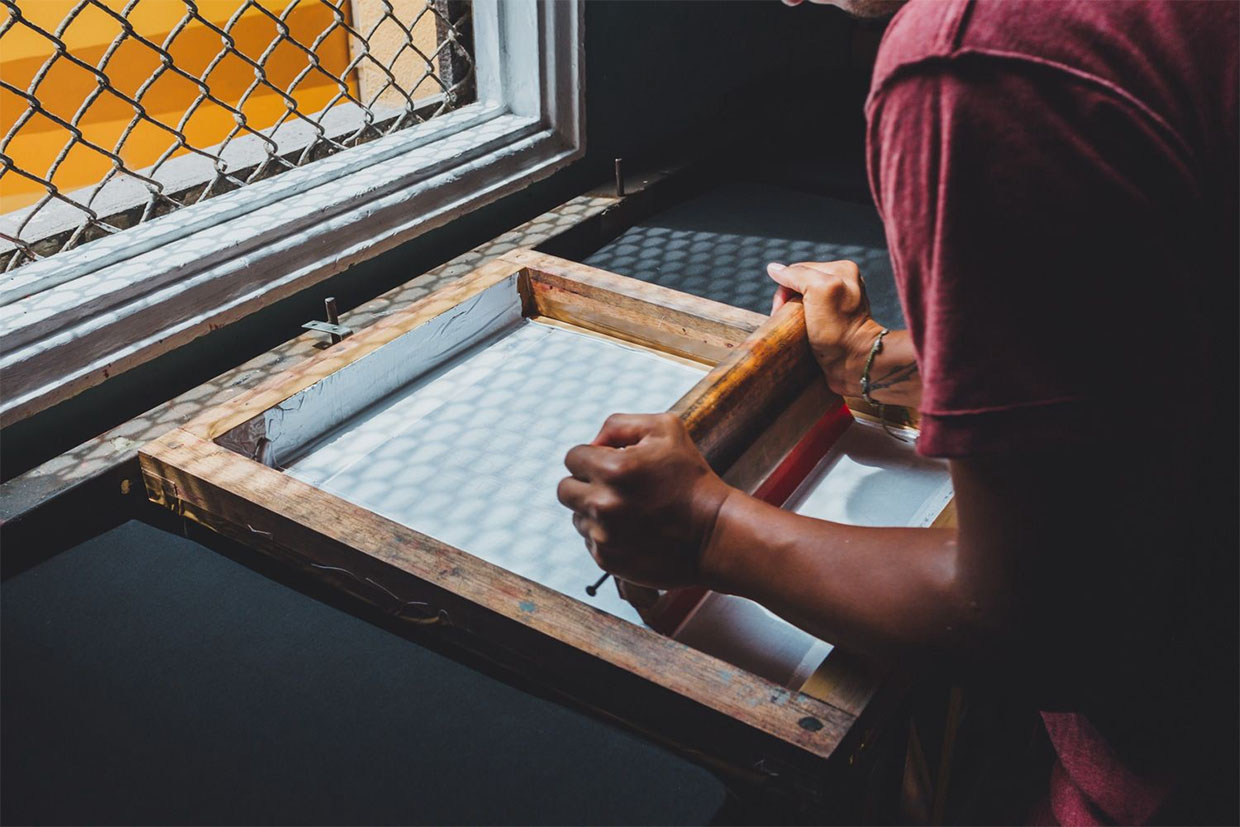 The closest thing we have to a real life superpower

“The secret to success in any human endeavor is total concentration.” — Kurt Vonnegut

We can’t shoot lasers out of our eyes.

We can’t run faster than the speed of light.

We can’t transform into giant green versions of ourselves and smash things we don’t like.

But, we do have a valuable superpower that many of us aren’t using.

Humans have been obsessed with superheroes and superpowers for quite some time. In fact, Marvel’s latest movie Avengers: Infinity War is expected to soon hit $1 billion in box office sales (that’s billion with a “B”).

Yet, we forget that in some small capacity we actually are superheroes. Okay, maybe not superheroes per se, but certainly superhumans.

Now, what I imagine first comes to mind when you hear the word flow is a yogi sitting cross-legged in the middle of a forest with incense burning at his side.

But, flow is actually something very powerful and much deeper.

As defined by Steven Kotler in his book, The Rise of Superman, Decoding the Science of Ultimate Human Performance:

“Flow is an optimal state of consciousness when you feel and perform your best. It’s the moment of total absorption.

Time speeds up or slows down like a freeze-frame effect.

Mental and physical ability go through the roof, and the brain takes in more information per second, processing it more deeply.”

Regardless, it’s when you’re completely and totally present, deeply entranced with an activity you’re in the midst of doing.

Here are a few things you might notice when you are in flow:

Now, besides enhanced productivity and avoiding some extra unwanted calories, why should any of us actively seek flow?

The life-changing benefits of Flow.

Well, for one, entering into flow can massively reduce the hormones that cause stress, potentially making for a less anxious existence.

In the aforementioned book, Kotler explains how flow causes your brain to fire off five potent neurochemicals, while also flushing out many of the stress-causing hormones.

In addition, flow has also been heavily attributed to happiness. Years ago, a Hungarian psychologist by the name of Mihaly Csikszentmihalyi (try to say that three times fast) began doing research on the flow state.

In one such study, he interviewed 250 teenagers whom he defined as being “high-flow” and “low-flow”. The high-flow teenagers reported considerably more time spent on active-leisure activities like studying, playing sports and reading in comparison to the low-flow teenagers who spent the majority of their time hanging out with friends and playing video games.

What Csikszentmihalyi found was that the high-flow teens also reported higher levels of self-esteem, engagement and overall happiness.

This is a fascinating study because it disproves what many people consider to be true happiness — retiring, sitting on the beach somewhere, playing golf, etc.

When in reality, what the godfather of Flow found was that happiness is best achieved by doing meaningful work that actively triggers flow states, which he sums up beautifully in his book simply titled Flow:

“The best moments in our lives are not the passive, receptive, relaxing times…

The best moments usually occur if a person’s body or mind is stretched to its limits in a voluntary effort to accomplish something difficult and worthwhile.”

Unfortunately, while flow is considered one of the most desirable states on Earth, the average American business professional spends only 5% of his or her day in a state of flow — a rather small percentage that can be attributed to the constant neverending distractions stealing our attention in the forms of dings, buzzes and bright notifications.

While this statistic is perhaps a bit depressing, it’s unsurprising when looking at the results found by a survey the Gallup Poll did last year, finding that 70% of American workers were not engaged at work — lacking attention or interest in the work they were doing.

This is an unsettling statistic considering that not only does flow increase human happiness and reduce stress but also because it allows us to do some of our very best work.

While Flow is a difficult concept to test and measure, there seems to be a very obvious correlation between high-performing artists, musicians, athletes and entrepreneurs and their ability to enter into this coveted state.

For example, world-renowned musician Beyonce Knowles, has gone on record talking about her experiences with flow and how when she performs live it feels as though “something else comes into her”.

While this might sound a bit woo-woo to those who are unfamiliar with flow, we can look to Abraham Maslow, the American Psychologist who came up with Maslow’s Hierarchy of Needs, for perhaps a more concrete explanation of the feeling Beyonce is describing.

Maslow referred to Flow as “extraordinary experiences”. In his writings, he defines the relationship between flow as the physical manifestation of our true potential. Or, in other words, the periods of time when we are doing whatever it is we do… tremendously well.

When we see Lebron James score fifty points in an NBA game, he isn’t just playing well… he is in flow.

When we watch Elon Musk launch a rocket into space that can then land on the exact spot it took off from… we are watching the result of thousands of engineers spending countless hours in deep states of flow.

The bottom line is that what separates humans from greatness is this untapped power — flow.

How do we trigger flow?

Getting into flow is no easy feat. But understanding the impact of the following three things can at least help trigger flow.

1. The role of becoming proficient at a specific task.

If you’re an aspiring coder that has never coded before, you might have a lower change of flowing.

Entering into flow requires that you access the subconscious part of your brain, which can only take place when you aren’t having to consciously think through an activity.

Riding a bike is a good example of this. When a child is first learning to ride, they have to meticulously think through every movement — they’re robotic.

But, as they become proficient at riding a bicycle, they can enter into a flow state.

Do you remember as a kid hopping on your bike and riding for what felt like a few trips around the neighborhood? Then, suddenly, realizing it was almost night time? That’s flow.

Evaluating your proficiency levels at different tasks can help understand your ability to enter into flow.

2. The role of emotional state

Have you ever had a conversation with a close friend or colleague and before you knew it an hour or so has flown by? This is flow and it is a very similar experience to what talented and proficient presenters experience when giving a talk on a topic they are extremely passionate about.

Zone is an emotional state, which means it can be more easily triggered by exposing oneself to strong emotions.

Managing the strong (negative) emotions that come with a day job you aren’t really passionate about can be challenging, though.

Mindfulness practices such as daily meditation is a powerful way to develop a non-reactive mind so you don’t let those emotions control you.

Another option that has helped me to improve my ability to flow is harnessing the power of music to trigger flow. Music has been proven to be so powerful when it comes to performance, that some scientists call it a “legal performance-enhancing drug”.

3. The role of context switching

When it comes to entering into flow, focus is more important than anything else. As Kotler highlights:

“Flow follows focus. The state can only show up when all our attention is focused in the right here, right now.”

It’s ridiculous to think you can perform your best when you’re distracted by chatty coworkers, bombarded by incoming notifications, or pulled into meetings.

As I recently wrote, context switching, i.e., moving our focus from one activity to another, can cause a 40% loss in productivity since our brains need to recalibrate.

Willpower-based solutions such as resisting the urge to check your notifications can help increase your focus on a single task.

But what I’ve found hugely helpful across 12 years of entrepreneurship is scheduling uninterrupted times into my day.

My team knows I won’t respond to their messages immediately, but I will reply (fully and thoughtfully) within one business day.

Best-selling author Cal Newport calls this philosophy “Deep Work”. He recommends dedicating preset times each day for uninterrupted time where distractions of any kind should be avoided, if possible, even internet access.

By scheduling deep work into our days, we can protect ourselves from the temptation of distractions and increase our chances to get into flow.

As Kurt Vonnegut puts it perfectly:

“The secret to success in any human endeavor is total concentration.”