International Language: The Emergence of Icons and Pictograms

Symbols and pictograms have been used since the beginning of history, in every stage of the evolution of the many forms of human communication, from the use of visual signs and figures to convey the meaning of concepts, words and sounds, to the development of spoken language to writing. As a communication form, pictograms have maintained their varied functions which have now become more useful as the demand for quick communication has grown.

This article will try to focus on the fact that we have entered an era of more pictograph-based communication. That’s also the reason why we included some professional insights by Sergey Punchev, Game User Interface Artist from Bulgaria, and Jason Hill, who leads Jason Hill Design, a design and illustration studio located in Venice, California, to know about their thoughts on the icons and pictograms creation process.

What do we mean when we say “pictograms”

A pictogram or pictograph is a sign that represents a symbol, a real object or a figure in a schematic way. With this term we identify written symbols that belong to logo-graphic writing systems, which were originally based on ideograms.

This kind of signs is created in order to draw attention to something using images instead of language or words; those images must be quickly and clearly recognized and understood.

As we are coming out of an era based mostly on written culture we are now entering into a new environment, dominated by audio and visual experiences: the traditional rules of communication are changing.

Pictograms become a useful tool when a message needs to be transmitted and understood independently of words, writing, language and culture. Anyway, it’s important to know that pictograms can’t be instinctively learned and understood by natural means: it depends on an agreement between the sender and the receiver.

Nowadays, pictograms are used as pictorial symbols whose objective is to report and inform: a practical example could be diagrams that represents statistical data by pictorial forms. 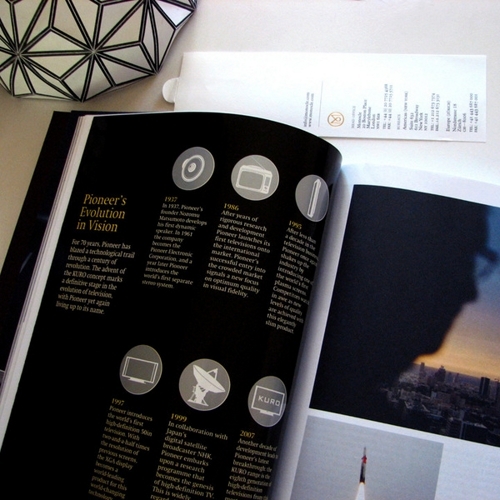 Because of their many applications, pictographs are widely used in our daily life to transmit information by using graphics.

A brief history of pictograms

Even if pictograms are a modern invention, the first written symbols are considered as pictorial representations of objects: in fact, the use of this pictorial signs has expanded throughout the course of human history.

Nowadays, pictograms are used in all sorts of environments, from road signage to laundry instructions, in instructional graphics and modern technologies.

It’s interesting to notice that many of the common pictographs transcend cultures to become international symbols. In fact, the international standard ISO 7001 (International Standardisation Organisation) defined the DOT pictogram set in the Seventies already.

The main difference between other visual representations and pictographs is that they are intended to be a standard, completely independent of their context.

Companies like Toyota and Phillips were the early adopters of pictographs; they came into general use around the Seventies.

But, to trace a comprehensive line of time for pictographic symbols we should go back to prehistoric rock paintings and petroglyphs.

Pictographs were used all over the world since 9,000 BC and became popular around 4,000 years later, when they began to develop into logo-graphic writing systems. But the first pictorial signs appeared in 30,000 BC, in the form of cave paintings.

Painting from the Magura cave, located in the Northwest of Bulgaria. (Image Source: Wikimedia Commons)

The earliest forms of Mesopotamian language of cuneiform, the Egyptian hieroglyphs as well as Japanese pictograms and Mayan glyphs marked a major advancement in the development of culture as they have contributed to the idea of icons and pictograms.

The Papyrus of Ani, created in the 19th dynasty of the New Kingdom of Ancient Egypt, written in cursive hieroglyphs.

Kanji Pictographix was a project by Michael Rowley. His visuals matched the shape of kanji, thus conveying their meaning.

In the 12th century, new categories of pictorial signs emerged but, as hieroglyphs, they were not neutral because they didn’t fulfill the criteria of international symbolism. Three centuries later, the invention of the printing press gave birth to some pictorial signs that come close to our pictographs.

Because of all this influences now pictographs have developed in an incredibly efficient and simple way to represent and communicate ideas because they offer a clear and concrete explanation pointing to a simple fact.

We asked Jason Hill what got him interested in designing pictograms; he said that “it was a reaction to the loud and messy graphic design that was everywhere in the 90’s. I started my career during the first boom in desktop publishing. I worked a lot in advertising during the time that David Carson was all the rage. My feeling was that graphic design should communicate something and not necessarily just hit you over the head with a confusing mess. I had been doing some hand drawn illustration over the years and then around 2000 I began working more with Adobe Illustrator. Modernism began to come back in vogue, and I began to strip down my work in more of a minimalist way, working with silhouettes. That led to some icon work and I found that I just had a knack for it.” On the other side, Sergey Punchev asked us “where should I begin?” and then he follows: “I remember that at school I had a great interest in clean, stylized forms. I am not sure if this is the main reason. I always liked the fact that in pictograms with very little you can say so much. How with one line you can make something with character. Creation of icons and pictograms is not easy, because it is far more difficult to make something meaningful with few elements, than to make something with a lot of detail. This is a problem that I as a designer have to solve.”

Pictographs are easily recognized as every detail is removed to focus solely on the bare message. The context of pictograms plays an important role because it helps the viewer to comprehend its meaning.

“It takes a belt to raise a child.”

Public awareness posters for safe driving campaign from Timofey Cordonsky.
Even if many of you can’t understand what is written on the advert, you surely get the message.

After getting through a quick historical review, there’s a pending question regarding the pictograms design process: what are the technical steps to follow in order to represent an object as a pictogram? Sergey Punchev and Jason Hill answer:

Sergey Punchev: I always start with an idea of what I want to do and then I sit and describe everything on paper. I like to write – this gives me an opportunity to rethink everything and re-evaluate my ideas. After I write down all my ideas I make a list of action steps (precisely what and how everything should be done). After that the design process starts and it’s the most pleasant part – to experiment with different shapes, elements, colors, etc. After I define the exact style starts as I like to call it “mass production”. I finalize the style and create the rest of the graphics of the pack. Of course every project is different, but that is how I usually work. In my free time I enjoy to look at the works of favorite artists, which works I follow in different forums. This inspires me and motivates me very much.

The software was always a tool for me – there is no particular application that I use exclusively. Do not get me wrong – it is very important to know and be able to work with different software. Because it gives you freedom and speed, but I do not think that you must depend too much on it. I will never forget a story that my father told me, when I was little. It is about one architect who went to a competition for a city development of a whole city with a rough sketch made with charcoal on a recycled paper. But the plan was so brilliant that without a doubt he won the competition.

To be honest in my work I use a lot of software and also specialized hardware. Like additional pads – especially for shortcuts. Mainly for raster Manipulations I use Photoshop and for vector graphics Corel Draw (I may be one of the few users that still use it;). I have a big variety of custom brushes which optimize my work. I also use a lot of small useful programs like Alchemy, Google SketchUp; ScketchBook Pro and others. They help me for different things. Sometimes I just sit and sketch with pencils or markers on paper.

Jason Hill: I begin with a series of sketches in my notebook, just brainstorming the initial impulse and concept. I read books and magazines for inspiration, or I ride my bike around town and take photographs. Then I sit down and work directly in Adobe Illustrator and Photoshop.

What are the main differences between signs, symbols and pictograms?

Signs and symbols can be defined as semiotic entities with different properties. A sign is given by the act – from who is trying to communicate – of denomination, designation and representation; a symbol, instead, is a visible representation of the reality that is commonly associated with a meaning previously accepted by society. A symbol may consist of real information that has been extracted from the environment and that is easy to recognize, or even by simple elements like forms and colors.

Signs and symbols transmit ideas: their close relationship with visual elements and their structural simplicity provides ease of perception that is essential when it comes to communicate.

Regarding pictograms, they can easily cross language barriers as they can communicate to nearly any human being, even with different linguistic backgrounds and cultures, with speed and efficiency, becoming in that way global standards. Road signs are a vivid example of this fact.

And what about icons?

In the field of information technology, icons are small pictograms used in graphical interfaces to assist users; they identify and represent an object, replacing it by its meaning or representation.

Icons for packaging for breakfast crockery from Ah&Oh Studio

A series of icons that go on the packaging of educational toys. Each icon refers to a different ability, which will be developed while the child plays with the toy.

Nowadays, icons can represent anything for users as they have a wide range of applications; some of them may be: