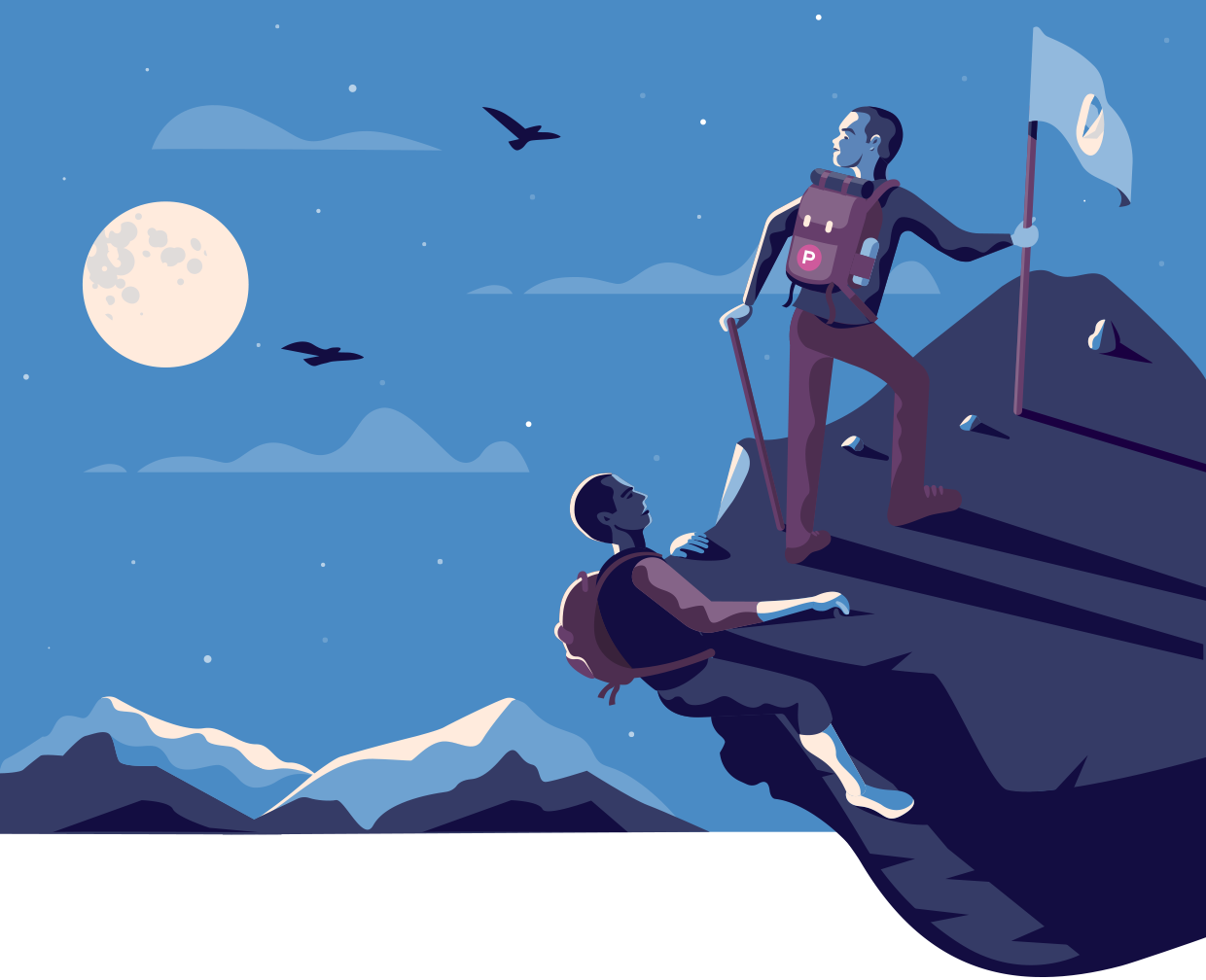 We had spent nearly all of 2016 revamping a core feature and we were excited about what we’d built.

But shortly after the release, our design director found a discussion thread on Designer News.

The top commenter quoted the first two lines of our About page (which says the company was founded in 2006), then wrote:

“So how come [this particular competitor] is more popular?

I never heard of you guys.”

After 12 years in business, I’ve developed a fairly thick skin. I know how the internet works. Some people are kind, some are mean, and others are just blunt — like that top post.

Our company predates all the competition, and we have 3.2 million users.

I also know that we’re not exactly popular in the startup world.

Jotform is bootstrapped, and we’ve never taken any outside investments. We don’t hang with the cool kids. And chances are you’ll never see us on the top of TechCrunch, announcing our latest funding round.

But, if people thought the competition was better, could we change that perception?

Our competitors are more popular in the startup world, but did that mean we should follow their lead?

Because we launched in 2006, our users work in a diverse range of industries, including more “traditional” fields such as non-profits, law, finance, accounting, and big corporations.

If we indulged our FOMO and imitated the competition, our product might not work for those users. But, we operate in a hyper-competitive industry where even Google has stepped into the ring. That can be daunting.

While it was tempting to panic and chase the trends, we ultimately decided to stay in our lane.

We would take our time and innovate — ideally without alienating our customers in the process.

Innovating on our own terms brought us over a million new signups throughout the last year.

Here’s what I’ve learned from listening to your customers instead of chasing the competition.

Listen closely, even when the data is hard to swallow

Criticism can be good for business. It can inspire you to stretch and innovate.

But once you come up with something new, you can’t just impose it on current users out of the blue (even if all the “cool kids” are doing it).

Instead of forcing change, it’s important to:

The team and I thought a lot about that discussion thread. After deciding not to mimic our rivals, we had a new mission:

To reinvent forms. We would re-invent JotForm.

We started with three hack weeks. These are five-day sprints where designers, developers and other product groups focus exclusively on a single idea or problem.

Our cross-functional product teams were told to unleash their creativity. To think big and broad and wild.

After a fourth hack week, we had a promising new design. That prototype eventually became Jotform Cards, which we released recently.

But first, we started testing. When people signed up for a new account, 50% received the new forms and 50% got the old design.

If these new users logged into their account or worked on forms within a month after signing up, we considered them an “active user.” That was our success criteria.

The results were terrible.

We were disappointed. We tried changing the colors, the default background, and key parts of the form design. We tried everything. The results were still dismal.

We ran email surveys and gathered feedback from our site. Most people still preferred our traditional approach.

We talked about it and came up with a new testing strategy:

Choice can be more powerful than change

Apparently, showing 50% of our new users the new forms and the other 50% the old design didn’t work.

But instead of forcing change, what if we created one more user group and gave them the ability to choose?

So we decided to split our new users into three categories:

We ran this test for a month and expected the old design to win again.

Once again, we were unprepared for the results.

People who could choose their form style were 20% more likely to become active users.

We dug into the data. A large percentage wanted our traditional forms, a smaller group wanted the new ones, and most people were even happier to have the choice.

It was a big lesson for us — and one that I’ve had to re-learn several times in 12 years of running this company:

You have to look at the data.

As I mentioned earlier, many of our customers work in fields like law, non-profit, education, finance, and accounting — and these users overwhelmingly preferred the classic design.

If we’d simply released our new design and forced it on users, it would have been a huge disaster. We would have lost customers and maybe even damaged our brand.

We realized that flexibility matters. Our users need the ability to choose.

Now, we have some customers who use both the classic and the new form styles, depending what they’re working on. That makes the product better for them.

And we wouldn’t have realized this if we had blatantly copied our competitor’s one-question-at-a-time style.

Focusing on the customer, not the competition, also means taking a closer look at how you run your customer support division.

Instead, customer support is a critical function, because it lives at the centre of product innovation.

Your support team should be empowered to speak up, contribute to the innovation pipeline, and take the initiative to investigate customer issues, rather than robotically resolving one ticket after another.

Lots of people have criticized Slack, for example, because they have five times more support reps than salespeople.

But it took Slack just over a year to move from launch to a $1 billion valuation. It’s now bigger than comparable startups with massive sales teams.

We’ve taken a similar approach. Jotform has no sales reps, but we have 35 customer support staff who work all over the world. They’re available 24/7, 365 days a year, and the average response time is 1.5 hours.

This is what it means to serve the customer, instead of chasing the competition.

Here’s another example. Technically advanced users often ask to edit our CSS. We’ve empowered our support team to help improve the product, so they began to independently investigate these requests.

We learned which customizations were helpful and updated the product accordingly. Without the support team’s insights, we would have launched a big and unnecessarily complicated CSS editor.

When you empower your customer support team, there’s no limit to what you can learn from your customers. Together you can make the product so much better.

Healthy competition is awesome — and it keeps you on your toes

A year after I read that comment thread, here’s what we know: most people don’t actually prefer our competitors or their product style. We know this because we have the data to support it.

It’s true that some people haven’t heard of us, but we had almost a million new signups in 2017 alone, and our growth shows no signs of slowing. Our customer retention rate is strong.

There are certainly haters and people who don’t like our approach, and that’s fine. We’ve learned how to serve our loyal users.

And for those who prize a fresh, design-savvy style, now we have a solution for them. We’re trying. We’re listening and learning — all the time.

Most importantly, our competition motivates us to be better. They inspire our team to work harder. Without opposing players and dissenting voices, we might not have stretched ourselves to innovate.

The bottom line? There’s room for everyone to raise the bar in this online world. As 2018 ramps up, here’s something else I know:

Get inspired by what they’re doing, and then get to work.

Since we’re talking about online threads… 🙂 JotFormCards is featured on Product Hunt today — feel free to check it out and share your feedback here, thanks!

How to calculate customer churn

How to create an effective SaaS onboarding checklist

How to determine the best times to post on social media

How to set up referral tracking