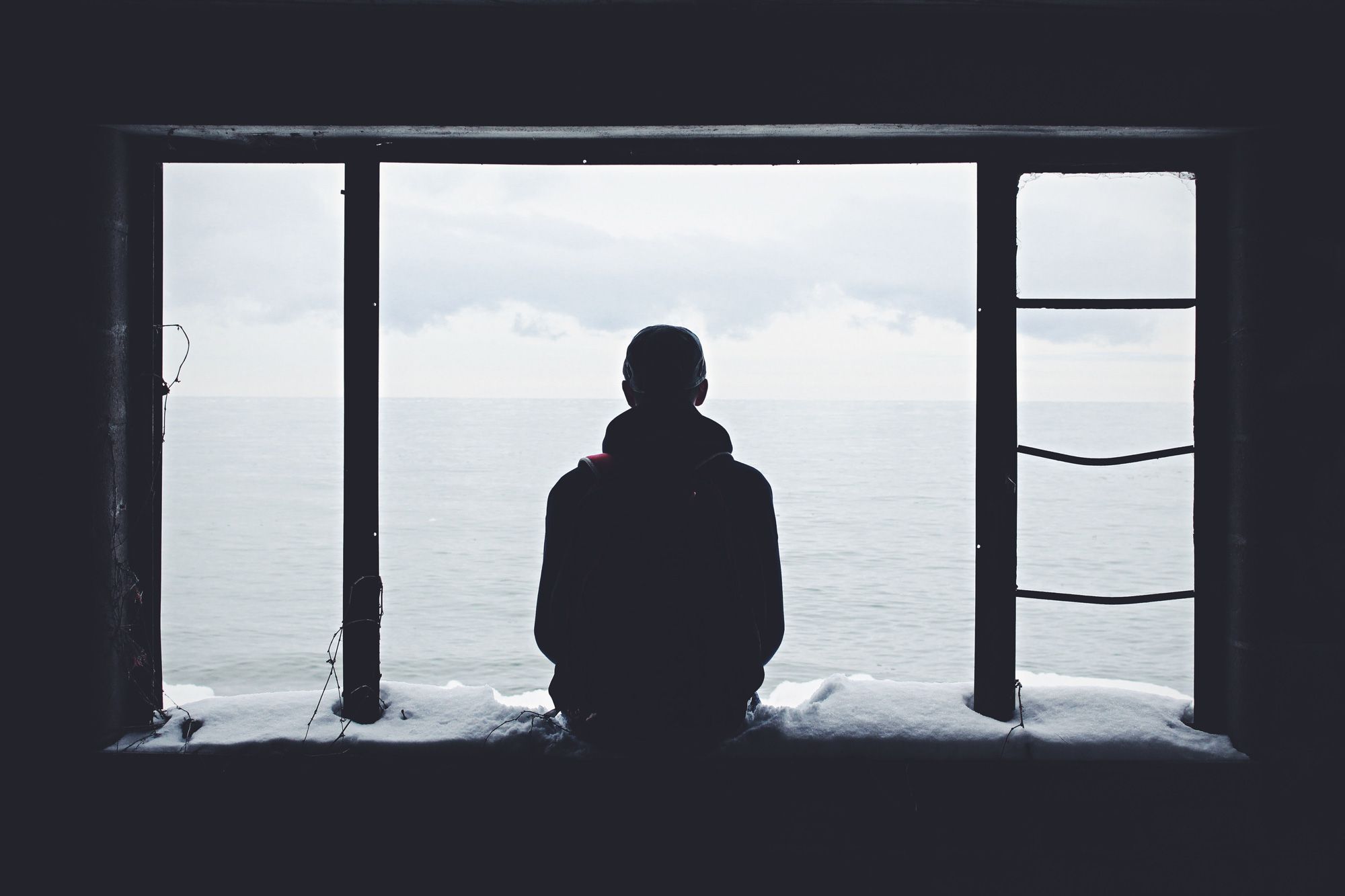 I am (or feel like) a failure: a mini-guide to overcoming the fear of failure

For many startup founders, it’s a badge of honor worn with more pride than overpriced hoodies, Apple watches, and merino wool loafers.

“In the startup world, failure is almost synonymous with learning experience,” says Erica Zidel, founder of an online babysitting co-op,

“Being a founder who has failed before signals to the community that you’ve done this before, and you’ve gathered information on what doesn’t work, and are better armed to create something that does.”

Unfortunately, most startups dissolve 20 months after their final financing round, which raises two important questions:

As VC Bruno Bowden told the Guardian, investors only tolerate failure up to a point:

“You won’t get funding unless you’re credible,” he says. “One previous failure can be OK, but multiple failures will make it impossible to get funding.”

Frankly, this is one of the reasons I never pursued venture capital. I didn’t want to make rushed decisions about product-market fit, hiring, and other important factors that might have caused me to fail too fast.

I wanted to build something that would last. For me, that meant prioritizing profitability over growth from day one — even if it meant Jotform’s headquarters would live in my NYC bedroom longer than I preferred.

That’s not to say I didn’t make plenty of mistakes. I just had more time to course-correct than my VC-backed friends. As I look back on my early failures, they generally fall into two categories:

1. Productive Failures: These errors taught me a great deal about software development, entrepreneurship, and myself. In some cases, they even served as catalysts for future success.

2. Unnecessary Failures: Sadly, these mistakes could have been avoided with greater planning, research, and guidance. Honestly, I still look back and cringe.

Not all failures are created equal — something Silicon Valley’s pro-failure culture seems to gloss over.

“Failing fast and failing often” with success appears to require a) Clear differentiation between the two types of failure and b) The ability to increase productive failure, while decreasing unnecessary failure.

How productive failure contributes to success

According to research published in the Journal of Learning Sciences, productive failure can indeed help people become more successful.

In their experiment that tracked the progress of two classrooms learning specific math skills from the same instructor, researchers also found that that failure can be a catalyst for deeper learning, innovation, and out-of-the-box problem-solving.

With this in mind, it’s no surprise that some of the world’s most creative people are those who have failed the most.

Albert Einstein, Walt Disney, and Steven Spielberg are just some of the famous names who experienced epic failures on the road to success.

Thankfully for us, Disney didn’t listen and went on to launch several failed projects before creating animations loved by children and adults alike.

Obviously, there are many personal factors that influence how someone handles failure. However, those who embrace productive failure seem to approach life in a similar way.

How the world’s most successful people fail

Many of us are taught, as children, to associate admitting failure with taking the blame. Perhaps this is why so few organizational leaders seem to encourage, discuss, and reward productive failure.

“Executives I’ve interviewed in organizations as different as hospitals and investment banks admit to being torn: How can they respond constructively to failures without giving rise to an anything-goes attitude?” says, Amy Edmondson, professor of leadership and management at Harvard Business School. “If people aren’t blamed for failures, what will ensure that they try as hard as possible to do their best work?”

Edmonson suggests the concern is based on a false assumption that most failure is deliberate.

However, research shows the majority of failures are not truly blameworthy; some are complexity-related and others are even necessary for innovation.

“When I ask executives… to estimate how many of the failures in their organizations are truly blameworthy, their answers are usually in single digits — perhaps 2 percent to 5 percent,” says Edmonson. “But when I ask how many are treated as blameworthy, they say (after a pause or a laugh) 70 percent to 90 percent.

The unfortunate result is that many failures go unreported, causing employers and employees alike miss out on valuable learning opportunities.

Obviously, the responsibility of creating a transparent company culture lies with upper management.

However, we can all try to go easier on ourselves when things don’t go according to plan.

By confidently “owning” our failures, and taking stock of what went wrong, we naturally enlist the support of team members who want us to succeed.

The world’s most successful individuals also seem to recognize the importance of “failing small.”

For example, world-renowned comedian Chris Rock is known for purposefully telling new jokes at small venues. He “bombs” and throws away more material than he saves.

The concept of failing small is no less prevalent in the entrepreneurial community.

Famous founders like Jeff Bezos of Amazon, Reid Hoffman of LinkedIn and Ariana Huffington of The Huffington Post have all failed in the name of experimental innovation.

“A lot of people still think of failure as a sign of personal incompetence and try to avoid it at all cost,” says Andrew Filev, CEO and founder of Wrike. “But when you view building a business as a series of experiments, you start to see failure as an inevitable step in the process.”

At Jotform, we regularly host hack weeks that encourage our product employees to take risks that allow them to fail small.

Take last year for example. We spent 326 days on a massive product release.

Every time we work on such a big launch, we keep the big reveal under wraps, but we show our new product or version to a small test group.

We start with 1% of our user base and gradually build to 10%.

This system helps us to gather effective feedback, root out problems, and compare the new version to previous iterations.

Contained testing is essential — and it’s the best way to polish your release by listening to a small percentage of your users effectively without risking to frustrate all of them.

3. They reflect upon lessons learned

Failure appears to be more prevalent in the business world than ever before.

Consider that the average time a company spent on the S&P 500 Index in 1937 was 75 years. Today, the average company lives on the stock market for just 15 years.

Failure and innovation go hand in hand. What catalyzes the success of one company is often the demise of another.

Silicon Valley is notorious for publicly publishing post-mortems — like this one from entrepreneur Marc Hemeon — detailing mistakes made, lessons learned, and plans for moving forward.

However, few individuals take the time to deeply assess failed efforts. And I’m not talking about mentally driving in circles and berating ourselves over what we could have done differently.

I’m referring to the kind of reflection that pushes individuals toward the true causes of their difficulties.

While one might assume a correlation between higher failure rates and deeper organizational reflectivity, that isn’t always the case.

“The most critical part of the process, which 90 percent of people don’t do, involves taking a couple of minutes to reflect on what happened and being brutally honest with ourselves on why it happened,” says Graham Young, vice chairman of Graham Theodor & Co. and a Fast Company contributor.

Finally, it appears the world’s most successful people don’t take themselves too seriously.

Sure, they care deeply about their aspirations, goals, and margins.

However, at the end of the day, they see life as a playground. The unexpected challenges, twists, and turns are just part of the game.

As Ray Dalio, founder of Bridgewater Associates, suggests in his manifesto Principles:

“Treat your life like a game or a martial art,” says Dalio. “Your mission is to figure out how to get around your challenges to get to your goals. In the process of playing the game or practicing this martial art, you will become more skilled. As you get better, you will progress to ever-higher levels of the game that will require — and teach you — greater skills.”

Any videogamer can attest that playing the same level over and over again is ridiculously boring. Likewise, none of us want to “push buttons” in our lives and win without effort.

Put simply, we want to be challenged. And that requires reaching outside our comfort zones to encounter unfamiliar situations. In this context, real life becomes the ultimate game.

“What game is more complex, more difficult and more real than, well, real life itself?” says Charles Chu, founder of The Polymath Project.

“Gamification is not about looking down on life. It’s about reframing life — and failure — in a way that makes it fun.”

When we view our professional and personal setbacks within the concept of gaming, the perceived failures feel a lot lighter. And the challenge of achieving success in the next round can even feel invigorating.

Will the roadblocks we encounter cease to feel discouraging?

No, but the more we embrace productive failure, the less often we truly fail — and I find that tremendously encouraging.