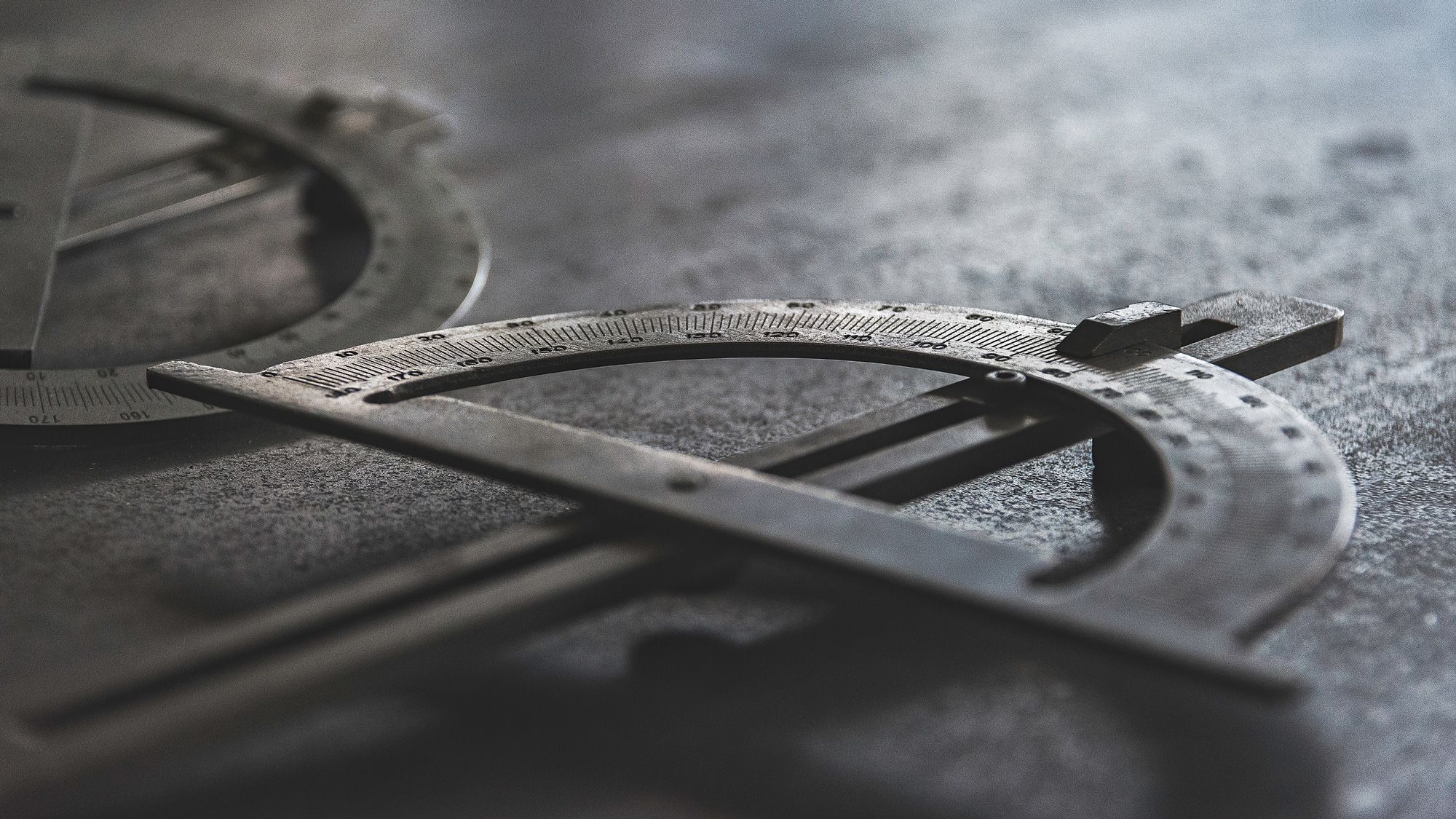 Excellence is obsolete: redefining the standard for success

“Something deep in the human heart breaks at the thought of a life of mediocrity.” ― C. S. Lewis

In literature, in media and most certainly in the workplace, mediocrity carries a decidedly negative connotation. Nobody wants to be merely mediocre.

Google “mediocrity” and you’ll get results such as “What To Do About Mediocrity on Your Team,” and “Mediocrity Is a Virus — Here’s How to Banish It From Your Life.” Article after article tells us that mediocrity is a slippery slope to complete failure.

Excellence, on the other hand, has become an aspirational gold standard. To strive for excellence is to dodge mediocrity at all costs.

Every day, news outlets publish stories telling us how to emulate the Steve Jobs, the Oprah Winfrey’s and the Tom Bradys of the world.

And once we wake up before sunrise, choose an outfit that reflects our personal brand, and eliminate gluten, alcohol, and caffeine, we can finally unleash the superhumans hidden inside.

Even school-aged children are encouraged to pursue excellence — as soon as they can hold scissors.

But at a certain point in my own career, I started to question excellence. As the founder of Jotform, should I be encouraging our 110 employees to strive for excellence and nothing less?

Stepping back, how did we arrive at this state of obsession with excellence — and more importantly, what should be the standard for success?

How the excellence obsession began

Since 1936, when Dale Carnegie published his now-iconic book “How to Win Friends and Influence People,” ambitious readers everywhere have been striving to improve themselves.

More recently came the 10,000-Hour Rule, popularized by author Malcolm Gladwell, who claimed that achieving excellence was simply a matter of time and dedication — 10,000 hours of practice.

By offering a concrete, quantifiable goal, excellence seemed more achievable. Want to become an expert programmer, chef or hockey player? You can. We all can. It’s just a numbers game.

Gladwell’s theory is based on the research of Dr. K. Anders Ericsson, a professor of psychology who has pioneered the study and science of peak performance.

But Ericsson does not entirely agree with Gladwell’s conclusions. In fact, he calls them:

“… a popularised but simplistic view of our work … which suggests that anyone who has accumulated a sufficient number of hours of practice in a given domain will automatically become an expert and a champion.”

What happens though, when the quest to rack up the hours required for excellence ends up compromising our health, relationships and even our happiness?

Is excellence the metric by which we should measure ourselves?

That’s Tesla CEO Elon Musk, acknowledging the toll of work-related exhaustion. In a candid interview with the New York Times, he admitted that 120-hour weeks had become the norm.

He hadn’t taken more than a week off since 2001 when he was bedridden with malaria. His exhaustion had also led to less-than-exemplary leadership — like berating an analyst, which spurred him to publicly apologize.

“This has really come at the expense of seeing my kids. And seeing friends,” he adds.

Musk’s experience highlights another possible toll of excellence: relationships. Those 10,000 hours have to come from somewhere, and often, we start skimming them from nights and weekends; precious hours that are typically dedicated to friends and family.

As Erin Callan, the former Lehman Brothers CFO (who left shortly before the collapse), wrote in a New York Times article,

“When I wasn’t catching up on work, I spent my weekends recharging my batteries for the coming week. Work always came first, before my family, friends, and marriage — which ended just a few years later.”

Musk and Callan aren’t the only successful figures who received the wake-up call. It took a personal health crisis for Huffington Post Founder Arianna Huffington to reshape her own idea of success and start prioritizing her health.

In fact, her latest venture, Thrive Global, is dedicated to “end[ing] the stress and burnout epidemic by offering companies and individuals sustainable, science-based solutions to enhance well-being, performance, and purpose, and create a healthier relationship with technology.”

“It was a day I’ve talked and written about dozens of times — the day I collapsed from sleep deprivation and exhaustion, broke my cheekbone and woke up in a pool of blood. For me, that day literally changed my life. It put me on a course in which I changed how I work and how I live.”

Before we barrel blindly toward excellence or 10,000 hours of mastery, it’s important to consider the potential tradeoffs.

Sometimes, we get so invested in a certain outcome that we lose sight of why we even started. We can’t see the bigger picture, and our passion and excitement fade.

Take elite athletes, many of whom are groomed for greatness from a very young age. Sports psychologist Adam Naylor says he observes many college-level athletes who are now playing “out of obligation, not passion.”

After a life spent in training, the excitement that first led them to pick up a hockey stick or tennis racket is long gone when they arrive at college.

When passion no longer fuels your drive, chances are you won’t achieve excellence — and you won’t be fulfilled.

The history and pitfalls of pursuing excellence are convincing but how do we redefine the meaning of success?

I believe we should think less about excellence and more about personal fulfillment — a sense of achievement that’s balanced by wellness.

“…a state of complete physical, mental, and social well-being, and not merely the absence of disease or infirmity.”

Wellness also means checking in with yourself and being self-aware. Sleeping, meditating and exercising are great practices, but it’s equally important to step back and re-evaluate from time to time.

Examine your short and long-term goals, and whether your work still feels inspiring. Sure, you might not be whistling while you program every day, but on the whole, your work should bring a sense of satisfaction and pride.

So, now you’re focusing on fulfillment, meditating daily, and feeling good about your work-life balance. But, will you ever make a name for yourself if you don’t chase excellence? Will you leave your mark on the world?

There’s no guarantee. But by pursuing fulfilling work and living a balanced, healthy life, you might — because chances are, you’re working from a place of inspiration, instead of just going through the motions.

And even if you never launch a buzzy global startup or make partner at your firm, you can still make a strong contribution to your team, earn a good living, and enjoy fulfilling hobbies outside of work.

I definitely agree that hobbies are underrated, and they can enhance our quality of life.

Personally, I love traveling with my family. That’s why last year, I spent the summer working (four days a week) from our Turkey office. When I wasn’t at my desk, we explored the charming villages that line the Aegean Sea. It was a wonderful few months that also made me a better leader, father, husband, and friend.

Spread the gospel of fulfillment

Reaching for the top can have many negative consequences — on our health, our relationships, our passion, and our happiness.

By striving for fulfillment, we might end up happier and more successful than ever before. That’s the goal I set for myself and the advice I share with our team members.

At Jotform, we’re not reinventing the smartphone or putting driverless cars on the road. But we are providing a product that makes people’s lives and businesses better, easier, and more productive.

That’s what fuels me, each and every day.