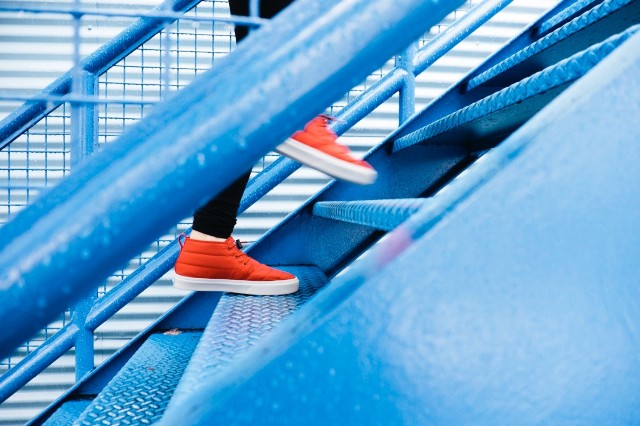 Achieving success is simpler than you think

Google “how to be successful,” and you’ll be flooded with over a billion results in about half a second.

On YouTube, you’ll find upwards of 200 million videos promising a sure pathway to success. On Amazon, you can choose from more than 3,000 books on the topic.

Considering the sheer volume of content published about success, you would think the achievement would be exceedingly complex — right up there with building a transistor radio and brewing your own beer.

I’ve written before about why reading 100 books a year won’t make you successful, and the same goes for excessive article-reading on Medium, LinkedIn, and other platforms.

I realize I’m taking a bit of a risk here; maybe you won’t continue reading MY articles after I share this idea. But it’s still worth addressing: most people don’t fail because they lack information about how to be successful. They fail because they don’t laser focus on what actually matters.

Success is simpler than you think

By some metrics, success isn’t very common. After all, the odds of building a billion-dollar company are 1.7 million to one.

Part of the popularity of “success hack” posts likely reflects the elusive nature of success. Motivation, I’m sure, also plays a role; we all want to achieve our goals and live meaningful lives.

But our affinity for this type of content reveals something more telling: many of us are looking for a shortcut — our own silver bullet to help beat the odds.

Ultimately, we all want our dreams to come true, but few of us are willing to pay the price it takes to get there.

The truth is, there’s never been a silver bullet for finding success. Being successful isn’t a stroke of luck, and there’s no magic, one-size-fits-all hack for achieving our goals.

While success might be a bit of a mystery, and it’s most certainly hard-won, it doesn’t have to be complicated.

Simply put, success comes from doing the same thing effectively, over and over.

Before we can develop effective routines, we have to envision what “success” actually means to us.

Among the billion pieces of content claiming to hold the recipe for success, there are a few common ingredients, from working double-time like Elon Musk to rising before the sun like Apple CEO Tim Cook.

The bad news: there’s no actual evidence that doing what Elon Musk or Tim Cook do will make you successful, too.

The good news: Elon Musk and Tim Cook don’t define what it means to be successful.

Just as there’s no single recipe for “success,” there’s no hard-and-fast definition for it, either. You get to create it.

Before you waste time chasing a vague idea of success — or someone else’s version of it — explore what it means for you. What accomplishments would add the most meaning and value to your life?

Will you focus on objective metrics like job title or salary? Or do subjective measures like quality of relationships or workplace satisfaction matter more to you?

Creating a clear-cut, personal vision of success will enable you to find the essential ingredients you need, while avoiding the ones that will inevitably hold you back.

For example, imagine you admire Ginni Rometty’s success as CEO of IBM, so you attempt to adopt her morning routine. The problem is, you’re a night owl, and you tend to be more productive at night. Emulating Rometty’s habits — or anyone else’s, for that matter — would ultimately do you more harm than good:

“There are opportunity costs to following even harmless-seeming advice. Taken too seriously, it can cause us to make trade-offs that we shouldn’t make or to engage in actions that are incompatible with our personality,” write behavioral researchers Emre Soyer and Robin M. Hogarth.

“If you decide to get up at 5 AM every morning because a selected group of people does that — but you’re actually wired to do your best work late at night — then you’re hurting your own, specific chances to succeed.”

If someone else’s success metrics don’t resonate with yours, then their routine shouldn’t, either. Because no matter how effective or productive you are, you won’t get where you want to go.

Another reason I don’t like success articles: for the most part, they’re simply a waste of time.

If success comes from repeating the same, effective routines day in and day out, excessive input from self-proclaimed experts only serves as a distraction.

Like all other forms of multitasking, juggling daily routines with article-reading and social-media scrolling (no matter how inspiring) is almost always counterproductive. Trying to do more than one thing at a time can eat up 40 percent of our productivity, not to mention create more opportunity for error.

Plus, in the time you spent consuming clever content about how to be successful, you could have been carving out your own path to success.

Don’t get me wrong: not all consumption has a negative impact. And there’s certainly wisdom to glean and lessons to learn on your journey of personal growth. But to get ahead, you simply have to create more than you consume.

After all, what good does a roadmap do if you’re not actually going to drive anywhere?

The solution? Just get to work.

Avoid the pitfalls of “productive productivity”

To get the most from your work, it’s important to distinguish between productivity (doing things) and effectiveness (doing important things well).

Mindlessly completing tasks might seem productive, but it won’t get you anywhere. True productivity takes sharp focus, which starts with choosing your priorities and ruthlessly eliminating the rest.

Once upon a time, Buffet asked his pilot to identify his top 25 goals, then challenged him to reduce the list to just five items — the goals and dreams he most wanted to achieve.

The pilot assumed he should focus most of his energy on the top five and devote the rest of his attention to the other goals. Buffet was quick to correct his approach: the other 20 goals would be the “avoid at all costs” list, only to be pursued if the others were accomplished.

Productivity consultant Ivy Lee doled out similar advice to Charles Schwab in 1918. At the end of each workday, Schwab and his executives were to write down the top six tasks they needed to get done, in order of importance. The next day, they’d give the first task their full attention until it was complete, then move on to the next task.

By ruthlessly prioritizing, we not only avoid distractions that come with multitasking, but we also maximize time and energy spent on what matters most to us.

So, which rocks will you put in your jar first?

No matter how you play it, there’s no shortcut to success, and no guaranteed method for defying the odds and building the billion-dollar startup of your dreams.

On the contrary: success is a long road that begins with defining what you want to achieve, keeping your priorities crystal clear, creating and sustaining effective routines, and most of all, simply showing up — even when you don’t feel like it.

In other words, real success is a long game. And often, a difficult one.

Like choosing to go to the gym even though you might not see immediate results, or saving money instead of eating out with friends, the long game requires vision, focus, and tremendous sacrifice.

But like any other investment, playing the long game of success will pay dividends. This is how I see it: sticking with my routines may cost me something now, but a small dose of discipline today is a small price to pay — especially if it means I’m one step closer to my own version of success tomorrow.