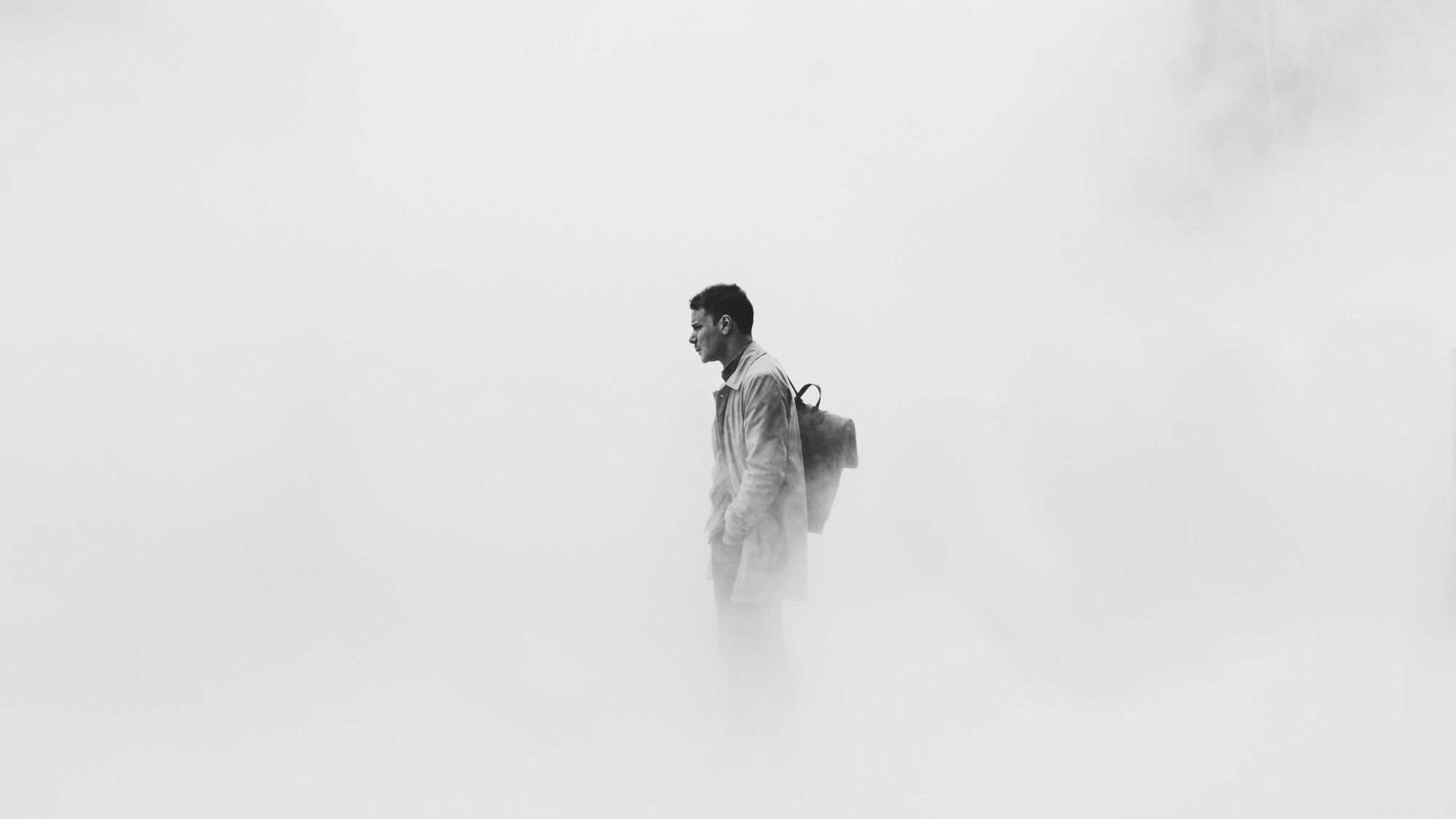 Why the “Pursuit of Happiness” is leaving you depressed

In a world that is constantly pursuing happiness, it is a wonder why so many people are depressed.

In a 2015 study, the World Health Organization estimated that globally, 300+ million people suffer from depression disorder while 264 million struggle with anxiety.

Suicide remains one of the top 20 causes of death.

Where does the juxtaposition between dangerous depression and happiness as the ultimate goal come from?

According to social psychologist Brock Bastian, depression rates are higher in countries that place a premium on happiness.

Over-emphasizing happiness is a recipe for disaster. Naturally, humans experience a range of emotions.

When happiness is placed on a pedestal above all others, we feel a sense of failure when it is not achieved.

But, “feeling at times sad, disappointed, envious, and lonely” is human and this wide range of experiences should be embraced, not vindicated.

Labeling “happiness” or encouraging the “pursuit of happiness” as the ultimate goal of life ignores happiness for what it truly is, a fleeting emotion.

Over-valuation of happiness alienates other emotions and causes people to fear and ignore feelings of sadness, anger, loneliness. Ignoring these feelings is a surefire way to cause anxiety and depression.

If happiness is embraced for the emotion that it is, on par with all other emotions in the range of human experience, then you won’t feel negative about being human.

A big part of being human, however, is optimization — optimizing time, plans, work, feelings.

We are all trying to “live our best life,” which may give clues as to why happiness is worshipped as the gold standard of human life.

But a fleeting emotion doesn’t really say much about the quality of one’s life.

The ancient Greek philosophy of Eudaimonia does, however.

Eudaimonia: a philosophy for a better you & better business

A topic of discussion among many of the great philosophers, Eudaimonia was purported as the answer for living well, as the ultimate goal of each human life.

That’s quite a definition, which explains why it was such an important topic to Greek philosophers.

Though there were discrepancies on the finer details of Eudaimonia, the main idea is a way of living life to achieve human flourishing.

Eudaimonia is both the end goal and the continuous process; according to 20th-century philosopher Hannah Arendt, the “ultimate end goal of human acts is Eudaimonia.”

To achieve Eudaimonia, one must work every day at being a better person. That encompasses a variety of things: thinking critically, exercising wisdom, embracing and controlling your range of emotions, eating well, helping others when possible, pursuing goals, and developing deep personal relationships.

It may sound intimidating, but it’s actually much easier than constantly pretending to be ever happy.

An emotion is fleeting, and therefore ineffective at defining the value of one’s life, whereas a lifestyle is a continuous effort towards a particular state of being.

Eudaimonia is an ongoing effort to improve one’s life.

If you take Eudaimonia as your life’s philosophy, then it is okay to feel anger, sadness, and loneliness at times because, regardless of how you may feel at any given moment, you are in a constant effort to improve your life.

Emotions: the evanesce of humanity

Eudaimonia is embracing humanity and its conditions. Anger is allowed under Eudaimonia, as is jealousy. What is not allowed is negatively acting according to these emotions.

Eudaimonia recognizes that these emotions are simply that, emotions.

Emotions are fleeting and they do not define a person. They are simply felt and then they pass, giving way to other emotions or thoughts.

The ability to recognize emotions as thus is Eudaimonic. That’s why C.S. Lewis hit the nail on the head when he said: “knowledge can last, habits can last, but feelings come and go.”

When the fluidity of emotions is understood, achieving a healthy, balanced emotional life is easier. This understanding includes the knowledge to not act nor make decisions while experiencing strong emotions.

When feeling extreme anger, sadness, or even happiness, we often may feel the impulse to make decisions.

But someone with a strong understanding of emotions will wait for these feelings pass, analyze why they were felt, and then make a decision (if deemed necessary).

This ability to feel emotions and understand them are important factors of wisdom and reason.

According to Aristotle, morality, wisdom, and reason were king among human abilities.

Eudaimonia not only means excelling in your everyday roles but also exercising each action with wisdom, reason, and moral thinking.

In this sense, Eudaimonia can be seen as a system that suffices for living well.

If you are aware of what you need to be a better person, if you put your best effort into all your work, if you help others when you can, if you feed and nourish yourself well, if you control your emotions and don’t take actions under a clouded mind, if you always stop to think before doing, then you are working under Eudaimonia.

To offer an example — I try to utilize Eudaimonia in my life by following a sane approach to my personal and business life.

Instead of looking for the next dopamine rush, I try to minimize distractions, do one thing at a time, and set aside time for creativity.

For me, utilizing Eudaimonia also means embracing boredom and building perseverance when it comes to building a business. It took me and our team 12 years to grow Jotform to almost 4 million users.

By striving to do all things to the best of my ability, I can feel content about my life, even during times of sadness or stress.

Using Eudaimonia as a system of living well, I can be sure that, at the end of each day, I tried my best. And that is more satisfactory than a false sense of “happiness” ever will be.

Bringing philosophy into the business

While certainly useful in achieving personal balance and everyday organization, Eudaimonia can also be applied in a broader sense to business.

Widen CEO Matthew Gonnering has made Eudaimonia the core of his company’s business ethics. While customer satisfaction is a top priority, he seeks to expand human wellbeing on every level.

By encouraging deep personal relationships, encouraging creativity, and helping others within his community, Gonnering has seen both his business and the quality of life for himself and his employees grow exponentially.

Eudaimonia can be applied to multiple sides of a business.

Take customer service. Eudaimonic approach to customer service will build trust between you and your customers. It will offer them a delightful experience as your business won’t be driven by short-term incentives.

At Jotform, through trial and error, we found that listening to our customer’s needs and letting them have a choice and a say in the product allow for the best possible customer experience and business growth.

Whether you are one of the many millions that have experienced depression or anxiety in your life or not, it is refreshing to hear that “happiness” isn’t the end all be all of the human ability.

By taking some friendly advice from Eastern and Greek philosophies, living a balanced life isn’t so difficult.

Let’s allow ourselves to feel sad (and eat a pint of ice cream when needed), and accept that anger is part of being human just as much as happiness is.

As long as we can recognize these emotions as fleeting and remind ourselves that they don’t define who we are, we are on our way to a more content style of living.

Try taking Eudaimonia as a life philosophy and watch what happens.

When we are more balanced, we can work more efficiently, feel better, and excel in all ways possible.

Why Strategic Agility is a Must for Entrepreneurs

How stress can affect the health of you and your business

The surprising relationship between anxiety and excitement

How I learned to stop worrying and love the stress

A look at Jotform’s demo day