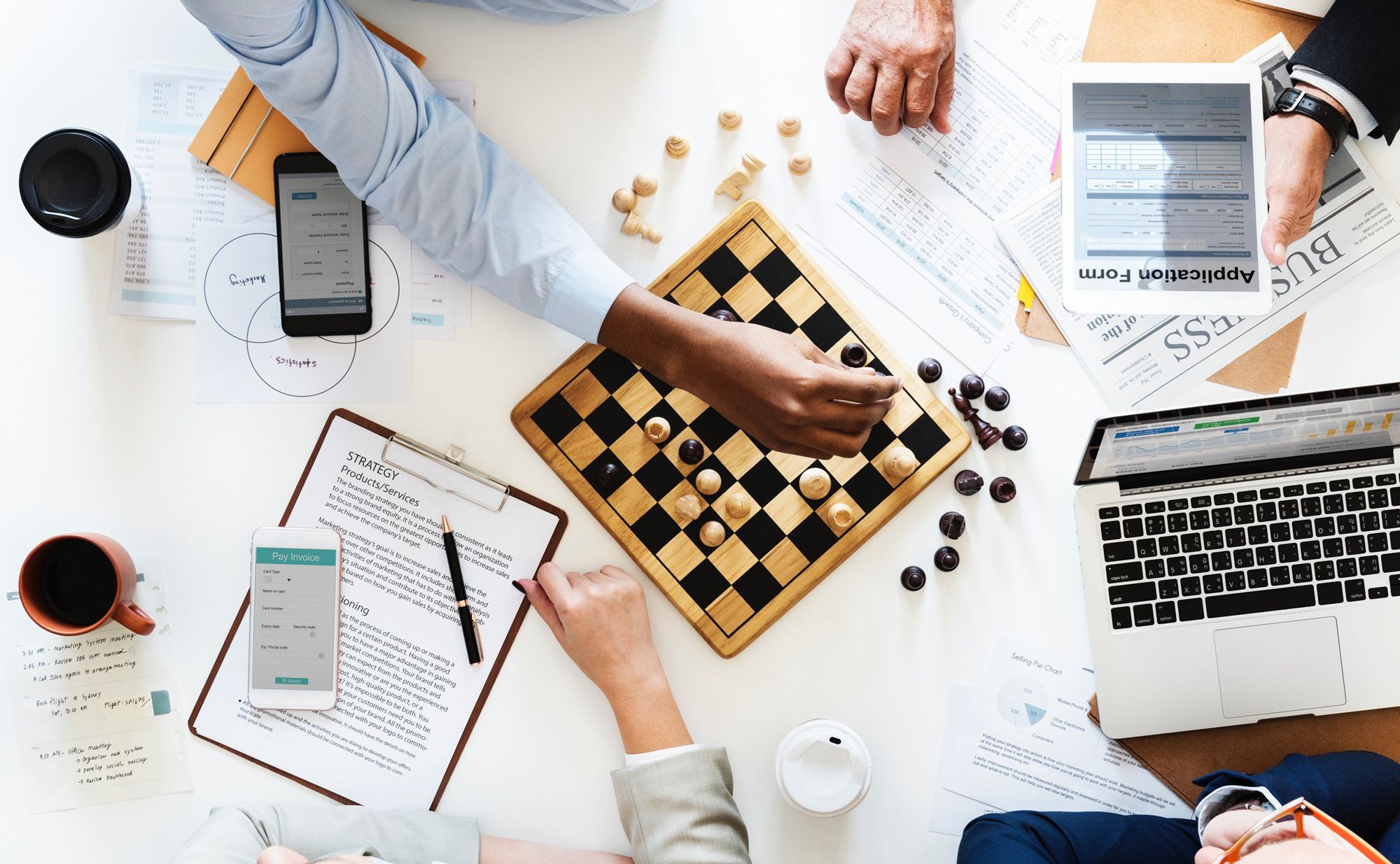 If you do the math (and account for seven hours of sleep), that’s about 2,000 decisions every hour — or one choice every two seconds.

Most decisions are actually micro-choices, like clicking a link or taking a sip of coffee. But some choices feel momentous.

An internal tug-of-war indicates that something big is at stake. You sense that the choice could significantly affect your happiness, freedom, pride, or personal fulfillment.

If you’re running a business, there are even more decisions to make — and many are critical to the health of your company.

As Lea Heinrich writes in the New York Times, “over the past few decades, a growing multidisciplinary field of research — spanning areas as diverse as cognitive science, management theory and literary studies — have given us a set of tools that we can use to make better choices.”

Unfortunately, none of these tools can actually make the decision for you.

“They’re intended to help you see the current situation from new perspectives, to imagine new possibilities, to weigh your options with more sophistication.

There is no foolproof algorithm for life’s difficult choices. But the research shows that you can get better at making them.”

In the 12 years since I started Jotform, my team and I have faced a lot of tricky choices, and I’ve tried many different decision-making techniques.

Here are six methods that I rely on when I’m losing sleep over a challenging decision.

Imagine that you’re considering a move. Will you relocate to another city? Pull out a piece of paper and write a classic pros and cons list for the move.

Now, here’s where science has added a helpful twist.

Assign every list entry a number from 0 to 1, based on your personal values. For example, if being closer to your family is a “pro” that’s extremely high on your list, you might score it at 0.9 or 0.95.

If you listed “near the mountains” as another pro, but you’re more of a culture hound than an alpine hiker, then it might only rate 0.2 or 0.3.

Do the same for the “con” side. Leaving a job you love could score 0.8, for example, if your career is an essential part of your life.

Add up each side, multiply by 100, and see whether the pro or con side wins out. You can also make a separate pro and con list for staying where you are. Compare the final values and see how you feel about the outcome.

Often, confronting a “logical” number (which was actually weighted with emotions) can illuminate subconscious feelings.

If you see the numbers but still feel pulled in the opposite direction, it’s worth doing some deeper exploration.

You can also use this technique for smaller, less personal decisions, like which project or feature to tackle next.

Considering the best- and worst-case scenarios is a common way to make tough choices.

What’s the very best future you can imagine? The worst? And how would you feel if that disastrous scenario became reality?

To expand on this technique, psychologist Gary Klein has studied a twist he calls the “premortem.” In a classic Harvard Business Review story, Klein explains why a premortem is the hypothetical opposite of a postmortem.

“A postmortem in a medical setting allows health professionals and the family to learn what caused a patient’s death. Everyone benefits except, of course, the patient. A premortem in a business setting comes at the beginning of a project rather than the end, so that the project can be improved rather than autopsied.”

Imagine that your decision was terrible. The project you chose to tackle was a crash-and-burn disaster. Now, explore every possible reason for the failure.

Once you address this worst-case scenario, you can take steps to prevent it — and make a better decision in the first place.

In fact, research shows that premortems (which are also called prospective hindsight) can increase our ability to identify future outcome causes by 30%.

On the flip side, try to visualize that epic, best-case future scenario and gauge how you feel. If you’re not happy or excited, it’s worth considering why.

Amazon uses a variation of both these techniques. Company developers must draft a hypothetical press release and FAQ announcement before they even write any code.

By working backwards, the team tackles the most difficult decisions upfront and clarifies the product’s value proposition. As reporter Jillian D’Onfro explains, “if the team can’t come up with a compelling press release, the product probably isn’t worth making.”

We often get stuck choosing between this or that. Should I go back to school or start a business? Should I move to San Francisco or stay in Houston?

It’s easy to see the world in black-and-white, but there’s typically a grey option in the middle — or several shades of grey.

Maybe you could spend summers in San Francisco (as long as you can embrace Karl the Fog) and winters in Houston. Or, you could live in Houston for another couple years and move to the Bay Area later.

Sometimes the right choice is not one of two opposites. It’s a more creative, nuanced, or flexible solution.

Sharing your dilemma with others can justify or reinforce a choice, but more importantly, it’s a valuable way to gather valuable information.

If you can’t decide whether to move, for example, don’t just survey your friends and family (who will also have skin in your game); talk to someone who made the same move. Ask how they feel now about their decision.

For professional or business decisions, try hiring a consultant. Find people who have deep, niche expertise and learn as much from them as you can.

The extra information you gather will almost inevitably help you make better choices in the future.

5. Give yourself enough time

I still remember the day I quit my job. As I climbed the two flights of stairs to my boss’s office, my heart was thumping in my chest. My legs were shaking and my mouth was parched.

I knew it was the right choice, but my mind raced: “Am I making a mistake? Should I turn around? Maybe I should stay another year.”

But, I made it to his office and had the conversation I was dreading.

I had been thinking about this leap for at least two years, and my side products were easily paying the bills. Taking time to choose empowered me to make one of the best decisions of my life.

For nearly 6,000 years, North America’s First Nations hunted the plains buffalo by chasing them over cliffs and finishing the kill below.

This method enabled tribes to gather and store large quantities of meat, hide and fat for the long winter ahead.

I always wondered why so many bison would just run over the cliff. They were usually pursued by hunters on horseback, for one, but it’s also an example of herd behavior. All the animals are just following the group, letting the flow take them where it will.

Buffalo jumps are a good metaphor for hidden decisions or non-decisions, which we’ve all experienced at times. When you procrastinate or delay an important choice, you’re still making a decision — and it’s rarely a good one.

For example, maybe you need to part ways with an employee, but you put it off to avoid a potential confrontation.

If the employee is negative, unpleasant, or ill-suited to their role, the choice to wait and delay can poison the whole team. Non-decision is a choice with real consequences.

Those 35,000 daily choices can be daunting, but quick action is the enemy of decision fatigue. Choose fast and whenever possible, tackle your choices head-on.

Use as many methods as you need to pick the best solution. Just don’t follow the herd. Choose what’s best for you — and then stand firm in your decisions.

One final note: if you’ve started a business or launched a product and you’re feeling overwhelmed by all the decisions, please know that it does get easier. Once your business is stable, many of the big, foundational choices are done and you will reach equilibrium.

Then it’s time to focus on the constraints. Determine where you can make the most important, impactful decisions, and use them to grow or refine your business.

Remember: decision-making gets easier with practice, and a new choice is always just seconds away.

How Decision Science Can Help You Make Better Choices

Calling it quits: Why stopping might be the key to momentum

How to know when it's time to quit

The simple secrets of setting goals and actually sticking to them