THE COMPLETE GUIDE TO BOOTSTRAPPING YOUR STARTUP Chapter 4: Bootstrapping vs VC funding 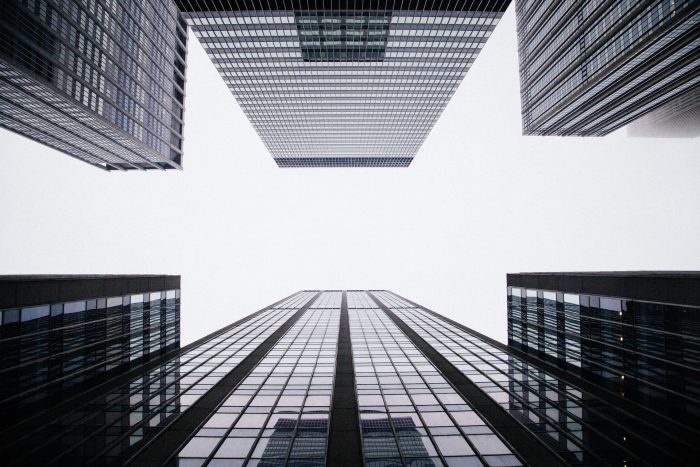 How to know which option is right for you

At some point in their startup journey, every founder has to choose whether to pursue outside funding or to bootstrap their venture. With pros and cons on each side of the balance sheet, it’s not always an easy decision — especially in a world that glorifies venture capital. We watch breathlessly as new startups hit unicorn and even decacorn status, but we rarely know what’s happening behind the headlines.

Bootstrapping doesn’t make sense for everyone, but answering several key questions will enable you to build a stronger startup, no matter which path you take. Here are five things to consider before you bring investors into your business.

In my experience, successful founders believe they’re doing inherently valuable work. The drive to create something that improves people’s lives, in ways both big and small, gets me up in the morning and pushes me to be a better leader. Money doesn’t have the same effect. But, for obvious reasons, investors are more likely to chase cash over value.

If we had investors who are laser-focused on profits, they might not support our choice not to provide around-the-clock product support instead of hiring sales teams. But, we make every decision with customers in mind — and both private and public sector research consistently shows that strong customer experiences drive stronger financial performance. For example, 73% of companies with above-average customer experience achieve better financial results than their competitors. And 80% of U.S. consumers are more likely to make a purchase when brands offer personalized experiences.

How do you handle time pressure?

Once venture capital money hits your account, the clock starts ticking. Investors may support your vision and even your growth as an entrepreneur, but above all, they want to recoup their cash — sooner than later.

According to Jumpstart magazine, VC funds typically make active investments for three to four years, and lock in their funding for seven to 10 years. “It’s important to note that the longer the duration of the investment, the more return the [limited partners] want,” writes Monika Ghosh. “While some look to gain 3X returns in 10 years, other consider 20% annual returns or 6X returns in 10 years as ‘respectable.’”

Bootstrapping can ease this financial pressure. You can take it slow and even keep your day job while you build a startup. Without a constant push for accelerated growth, you can hire slowly, learn as you go, and dodge the need to “get it right” immediately. I’ve watched several friends and colleagues sweat under the spotlight of a massive VC deal, before they have the skills and confidence to handle the scrutiny.

There’s also the question of VC volatility. In the fourth quarter of 2020, global seed funding plummeted by 27%. Investments recovered as the pandemic continued, but this temporary drop was a stark reminder that VCs are not immune to major events, both local and global. While founders need to be comfortable with uncertainty, bootstrapping removes another variable from the economic equation.

How do you feel about having a boss?

In an influential paper, Dutch researchers Marco van Gelderen and Paul Jansen confirmed that the desire to run a business, instead of working for someone else, drives many founders toward self-employment. “A large majority of small business starters like to be responsible, to decide on strategy, to decide on working methods, and to regulate their own time,” write van Gelderen and Jansen. “This is called autonomy.”

The authors conclude that “freedom and constraints of freedom are at the heart of the entrepreneurial motivation and practice.” I suspect this sounds familiar. It certainly applies to me. Taking VC money means that a team of people will now watch and evaluate your every move. Many founders gravitate toward startups because they crave autonomy, then find themselves with even bigger, more powerful ‘bosses’ than they had in their 9-to-5 roles.

Are you willing to give up a piece of your company?

It’s an obvious question, but many entrepreneurs forget that a successful pitch leads to this fundamental trade-off. Releasing some ownership also means that VCs may oversee your management and staffing decisions. In a worst-case scenario, they may even choose to replace you with a different leader.

A 2018 Crunchbase article examined the venture capital ownership of 105 technology companies at the time they went public. “The median and average level of VC ownership at exit was 53% and 50% respectively,” writes Sammy Abdullah. “In other words, by the time of exit, VC will likely own half your business.”

The story explains that founders owned a median 15% of these companies at exit, with the remainder going to employee stock options, acquired companies (where part of the price was paid in stock), board members, and consultants.

Being “hot” can also affect the proportion of VC ownership. “Raising rounds at very high valuations is another way to preserve equity,” writes Abdullah. “To achieve this, you’ve got to be a hot company in a hot sector such as social media. When Facebook and Snapchat IPO’d, for instance, VC ownership was only 17% and 18% respectively.”

I suspect my company wouldn’t have met this definition — and if we had, that label may have eventually threatened the business. Playing to market trends could have forced us into a shape and form that didn’t suit our customers, and serving customers has been the single biggest contributor to our success.

Then there’s the pitching process itself. Despite some shifts over the past several years, many VCs have similar backgrounds, and look for the same qualities among founders seeking investments. Lakshmi Balachandra, an associate professor of entrepreneurship at Babson College, worked for two venture capital firms before pursuing a PhD. She spent almost 10 years capturing and coding pitch meetings and quantifying the results.

Among three other core findings, Balachandra discovered that gender stereotypes affect whose proposals get funded. Her work showed that a founder’s gender itself didn’t affect their success, but people with more stereotypical female behaviors — defined as warmth, sensitivity, expressiveness, and emotionality — were less likely to land a deal. “The study shows that VCs are biased against femininity,” Balachandra told Harvard Business Review. “They don’t want to see particular behaviors, so if you’re overly emotional or expressive, you should consider practicing to avoid those things.”

I’m not an overtly emotional person, but I speak with an accent and I started my company as a young programmer, not a slick or polished presenter. Could I have pitched successfully? I don’t know. But, I do know that board rooms can be tough for people who don’t fit the mold — and we need more unique people and perspectives in the startup community.

Are you willing to change course?

Changing course, based on clear data and signals, is the foundation of the lean startup model. However, many VC-backed entrepreneurs tend to stick to their original idea, versus listening to what the market demands. “Entrepreneurship is not a big-bang event to make a static vision come to life,” Printfection founder Casey Schorr told Startups.com. “It’s a way of life, a crooked line always adapting and evolving.”

External investments may also create a Catch-22. You need a solid vision to secure funding, but a clear map can thwart critical pivots as the company grows. As researchers Rory McDonald and Robert Bremner explain in Harvard Business Review, new ventures that reinvent themselves reduce their chance of failure by saving resources, while expanding their knowledge of customers, partners, and technologies.

However, the VC community isn’t always comfortable with direction changes. “To build early credibility — particularly with investors — entrepreneurs must have a unique, concrete plan that meets a specific market need or solves a specific problem,” write McDonald and Bremner. “Yet in their eagerness to gain initial support for their solutions, entrepreneurs often box themselves into a corner: the more specific a startup’s narrative is, the more likely it is to turn out to be wrong.”

Running a business demands flexibility. Adapting to market and customer needs is essential. I made several early, strategic decisions that have allowed us to focus on customers, instead of the competition or investor demands. Bootstrapping was the choice that’s had the biggest impact. It’s not right for everyone, but it has allowed us to keep learning, innovating, and building a company on our own terms — not to satisfy a term sheet.

Pros and cons of each option

It’s the first page in a familiar story. A college kid comes up with a clever idea and starts building it in his spare hours. He goes all-in to focus on building the product and works 80-hour weeks, keeping his eyes firmly on the prize. Soon, he’s creating pitch decks and dazzling VCs. The valuations soar. He’s a media darling.

But this glittering narrative lures founders into a business world they might not be cut out for. It creates intense pressure and oversimplifies the concept of success.

If VC funding is the speedy hare, organic growth is the tortoise.

Both options have their pros and cons. And in the lightning-fast world of startups, a certain degree of speed is necessary to keep things afloat. But the moment you accept a cash infusion, the timer on returns starts ticking and only gets faster.

Premature scaling is the number one cause of startup death: blowing money on new hires, shiny offices, fancy technology, and PR and marketing before a company really needs—or can afford—them.

With organic growth, there’s no timeline to follow or hockey stick growth charts to produce. And this creates a good deal of much-needed sanity.

Even if I’d wanted to raise capital, I doubt I could have secured it. I didn’t have the CV or the degree for it, nor the right type of idea. Securing VC investment is an arduous, complicated process that can take anything north of six months. When the ordeal is over, a tiny 0.05 percent of all startups walk away with funding.

I wouldn’t have stood a chance.

Instead, I used that time to refine my product and spread the word. I promoted my solution by emailing blogs and posting on technology forums. I didn’t spend any money, and I didn’t lose any sleep.

VCs want to see big numbers in exchange for their money: surface-level vanity metrics like user acquisition and daily downloads.

These numbers tell you how popular a product is, but not about its potential for long-term growth.

I didn’t buy in, and my focus was solely on being profitable. To keep costs as low as possible, I decided to move back to my native country, Turkey. It wasn’t easy, but it meant I was able to hire my first employee, who helped me create the first paid version of Jotform.

Being frugal from day one gave me the security I needed; I never had to gamble on estimates and valuations. With customer-funded growth, the numbers can’t lie. Yes, it took time—lots of it—but that’s a price I was happy to pay for stability.

Bootstrapping has given me the most valuable asset I believe a business can have: freedom.

But that doesn’t mean it’s right for everyone. Both routes have their benefits and their pitfalls: