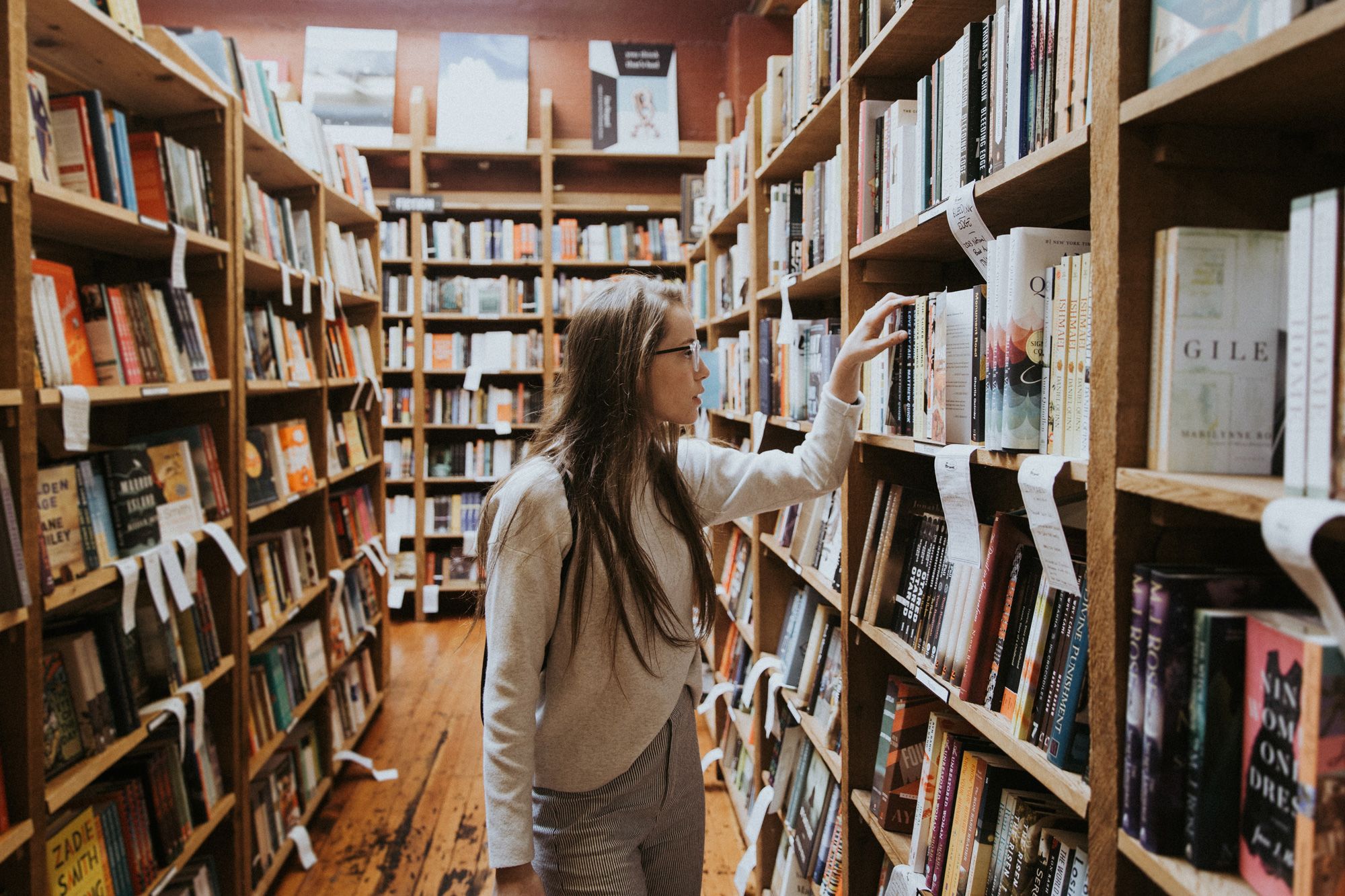 “Did you hear what the Byzantine princess brought with her to Venice?” his female companion says. “It’s a pronged-contraption that allows her to eat without touching her food.”

“Ah, yes,” says the astronomer. “I believe it’s called ‘the fork,’ and the Church is quite upset about it.”

“Really? Why?” The female looks up at the night sky in a moment of confusion.

The astronomer shakes his head as he takes a sip of Merlot next to his female companion on a breezy evening in 1609.

“I don’t know… But did you hear about ‘the spyglass?’ It’s a device that makes distant objects appear closer. I think it can be adapted to make a powerful refracting telescope.”

Over the next several years, the astronomer’s curiosity would drive him to discover the Milky Way Galaxy, Jupiter’s four moons and a surprising fact that would alter the course of human history — the earth is not the center of the universe.

Unfortunately, we all know how this story ends.

Galileo was accused of heresy and executed by the Church for his “inconvenient curiosity.”

History is filled with stories of individuals who were accused of speaking against the status quo. In most instances, their opposing viewpoints came from asking a simple question:

Despite the fact that curiosity seems to be an innate part of human nature, mythology often supports the belief that it should be suppressed.

Zeus unleashed a boatload of crap onto humanity because Pandora looked into the box, unofficially granting him the title “Worst Wedding Gift-Giver Ever.”

Artemis unleashed the dogs on Actaeon for spying on her while bathing.

Of course, all of these stories beg the question:

Why do both history and mythology warn us so harshly against curiosity?

I would suggest it’s because the act of questioning the status quo makes some people feel incredibly uncomfortable. Especially, those in positions of power.

Anyone with a vested interest in things continuing the way they are is likely to approach unfamiliar ideas with a certain amount of caution.

A recent study conducted by Francesca Gino of Harvard Business Review found most business leaders fear that curiosity will increase risk and inefficiency in the workplace. The irony?

Most of the same leaders claim to value inquisitive minds.

Of the 3,000 employees surveyed, from a range of industries, only 24 percent said they felt curious in their jobs on a regular basis. A whopping 70 percent said they “face barriers to asking more questions at work.”

This data should be concerning to CEOs everywhere. Curiosity is a necessary catalyst for innovation for everyone from insurance companies to technology startups.

Every invention we love — electricity, smartphones, pizza bagels — came into being because someone, somewhere, wasn’t afraid to ask a question and wouldn’t settle for an average answer.

If employees don’t feel comfortable voicing their ideas at work, they will either shut down or allow their curiosity to take them elsewhere. And you just might miss out on your organization’s “next big idea,” whether it be a time-saving workflow or a profitable product feature.

At Jotform, we aim to prioritize curiosity in everything we do — from product development to customer service we offer to our +4 million users.

In the early days, our small team was overflowing with ideas that sometimes appeared to take us off task.

However, many of those “small curiosities” led to significant developments. But as we’ve grown and segregated into more clearly defined roles, we’ve struggled to maintain the same level of enthusiasm for inquisitive diversions.

Here are some of the ideas I have been pondering for cultivating a more curiosity-accepting atmosphere at the office:

How to cultivate curiosity in the workplace

According to a 2015 survey conducted by Duke’s Fuqua School of Business, 92 percent of CEOs and CFOs believe maintaining a good company culture improves the overall value of the company.

However, based on the aforementioned Harvard study, we can guess the majority of the 1,400 North American executives surveyed wouldn’t correlate cultivating curiosity with maintaining a good company culture.

Unfortunately, it’s not uncommon for individuals to curb their curiosity in an attempt to avoid potential conflict with authority figures. That means the responsibility for creating and nurturing an inquisitive work environment lies 100 percent with upper-management.

We all know the values and habits of management teams have a trickle-down effect on departments, employees, and metrics. This can be a hard pill to swallow, but history shows the best executives lead by example.

Remember what happened when Steve Jobs left Apple in 1985? He went on to found NeXT, before acquiring what would eventually become Pixar.

Eventually, Jobs returned to the company and went on to launch the iMac, iPod, iPhone, and iTunes.

Do you think curiosity had something to do with his success?

It’s not surprising that many of Apple’s employees describe working for Jobs as one of the highlights of their lives. Leaders who approach their own work with a sense of unbridled curiosity, foster employees who are more likely to do the same.

When is the last time you checked-in with everyone on your team?

Have you ever done this?

One of the best ways to demonstrate curiosity is to regularly solicit your employees for feedback.

One company that does an outstanding job of soliciting cross-department feedback is Pixar: Employees are given an outlet to provide directors with “notes” that suggest new possibilities for films in production.

Here are two questions Jotform’s management teams are experimenting with asking employees on a regular basis:

What is the one thing I could do to make things better for you?

What is the one thing I could do to make things better for Jotform’s customers?

By asking these questions, and taking action on the feedback we receive, we’re letting our employees know their opinions are valued.

In turn, we hope they feel more comfortable coming to us with ideas, questions, and concerns in the future.

Another way Jotform promotes a culture of curiosity?

– Maintaining transparency with our team members.

As any entrepreneur may agree, scaling a startup isn’t easy.

We took the slow and steady route, prioritizing our customers’ feedback and keep on developing our product without relying on any VC, but that doesn’t mean we didn’t have any problems.

The road to the acquisition was paved with a few mishaps. I learned early-on that pretending I had the answers when I didn’t was just plain stupid.

Mentors, advisors, and colleagues were more than willing to help when I admitted my shortcomings.

Additionally, it was important to me that every person working for Jotform knew our strengths, weaknesses, and opportunities for improvement from day one.

I wanted each person to feel personally invested in JotForm.

I wanted them to feel as excited as I was about creating the world’s most user-friendly form-builder.

Startups can further cultivate an atmosphere of curiosity by adopting policies that allow team members to explore special interests at work.

Research shows that people become more confident about what they can accomplish as a by-product of expanding their interests.

Ever since Google adopted its infamous 20% policy, several companies have jumped on the “employee free time” bandwagon. Google’s personal-project incubator generated innovations like Gmail and Adsense before the tech leader eventually pulled the plug in 2013.

As reported by Fast Company, industry heavyweights Apple, Microsoft, and LinkedIn all now have varying innovation policies of their own.

Some focus solely on soliciting new ideas for the company, while others allow team members to work on whatever they desire.

Not sure you can afford to implement your own free-time policy? Consider creating an initiative that allows employees to peak their curiosity by shadowing alternative roles within the company.

Not only does this help employees better understand the organization as a whole, but it also has a tendency to incite fresh ideas that benefit everyone.

Finally, hiring someone who is not curious enough among others might influence other employees.

a) highly skilled within a specific creative discipline and

b) natural collaborators who demonstrate both empathy and curiosity when working with others.

Why does the company place a premium on this unique combination?

They believe most people perform best when a deep skill is accompanied by an intellectual curiosity that leads them to questioning, exploring and collaborating with others.

The key to hiring curious people is to know what you’re looking for during the interview process.

IDEO pays attention to how candidates talk about past projects. T-shaped candidates are more likely to talk about how they succeeded with the help of others and than on their own.

Other ways to assess curiosity include asking about outside interests, conducting curiosity assessments and paying attention to the types of questions candidates ask during the job interview.

Someone wanting to know more about various aspects of the organization that aren’t related to what they would be doing is probably naturally curious and inclined to collaborate with others.

As you can see, curiosity has gotten a bad rap over the years.

Organizational leaders, who want to increase innovation, productivity, and recognition, can agree that curiosity is something to be celebrated — not put on hold until after office hours.