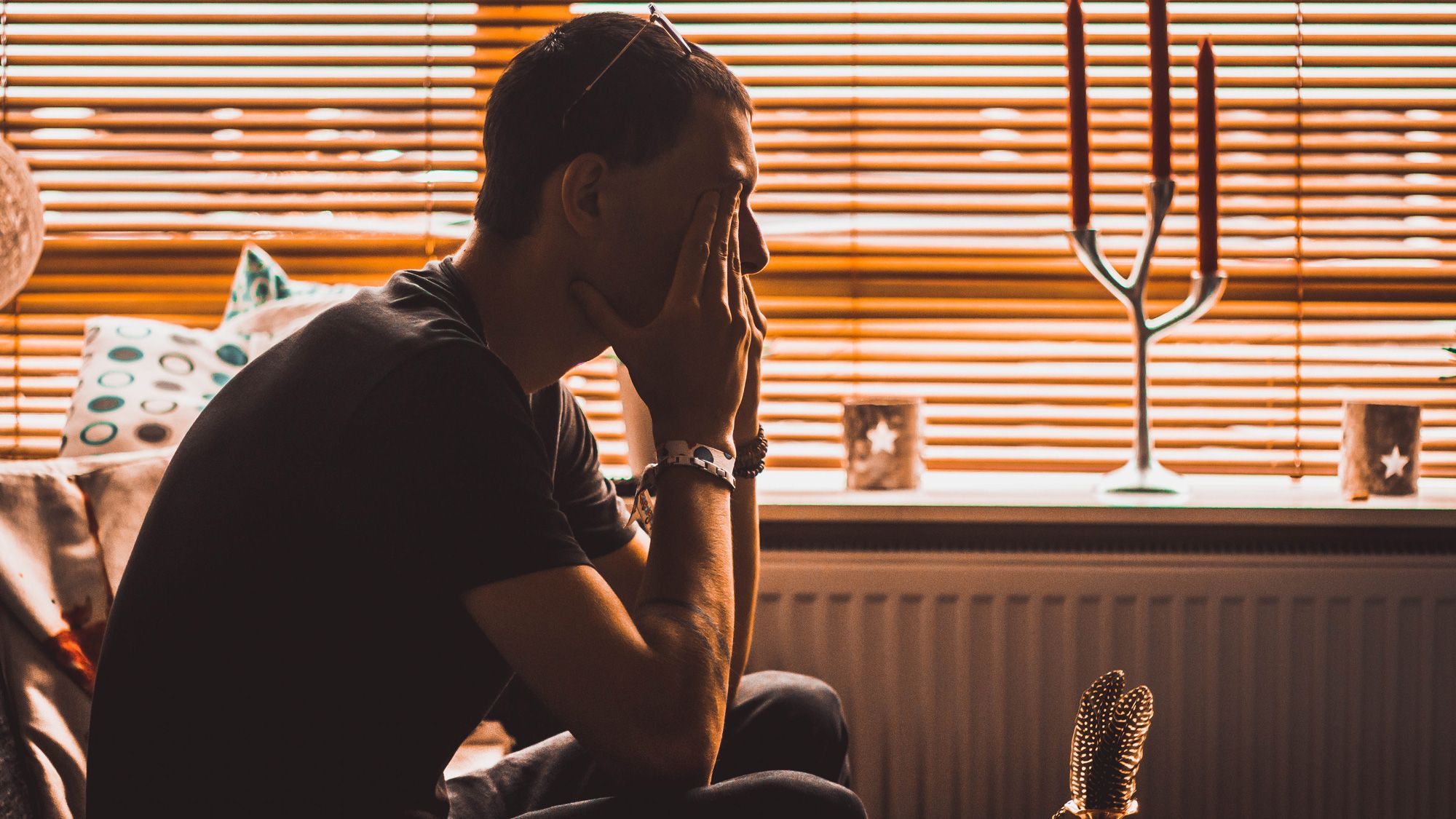 I’m talking about social media posts followed by #sleepisforlosers, #grindneverstops or #hustlehard, among others.

A punishing schedule has become a social badge of honor. And everywhere you turn, it feels like someone is telling you to push even harder.

Before she joined Yahoo, Mayer was the 20th employee hired at Google — a place where all-nighters were a weekly occasion and vacations were nearly non-existent:

“When reporters write about Google, they write about it as if it was inevitable. The actual experience was more like, ‘Could you work 130 hours in a week?’ The answer is yes, if you’re strategic about when you sleep, when you shower, and how often you go to the bathroom.”

This advice can be surprisingly seductive — even if you’re someone who can’t imagine scheduling bathroom breaks.

That’s because Cardone and Mayer have profitable, high-profile careers. They’re role models for many people, and that kind of professional inspiration can be invaluable.

“a masochistic obsession with pushing yourself harder, listening to people tell you to work harder, and broadcasting how hard you’re working.”

As a result, Vaynerchuk (or his online persona, GaryVee) is often targeted by critics pleading for a healthier approach to business.

In the western world, for example, success typically means money, power, and public recognition. And there’s nothing inherently wrong with any of these things. But a single-minded, sleep-deprived race to attain them can come at a price.

In addition to straining personal relationships, spending long hours at the office can put your physical and mental health at risk.

Clearly, the rise-and-grind culture pervades much of the startup world, but the pressure to perform can also affect students, leaders, employees, and entrepreneurs.

In other words, all of us.

The high cost of #alwayshustling

A growing body of scientific research shows that overwork can have dramatic effects on your health and wellbeing.

For example, a 2017 research study published in the American Journal of Industrial Medicine revealed that working 61 to 70 hours a week increased the risk of coronary heart disease by 42%. Working 71 to 80 hours pushed the risk up to 63%.

Given that heart disease is the leading cause of death worldwide (according to the U.S. Centers for Disease Control and Prevention), those are troubling statistics.

Another study published in the Journal of Psychosomatic Medicine found that jobs with high demands and low personal control can increase the risk of developing Type 2 diabetes by 45%.

I could continue to cite studies that link overwork with detrimental health effects — from stroke to obesity to hormonal imbalances — but there’s another critical issue that requires our attention: mental health.

Our brains are not wired for workaholism. Sure, some people claim they can sleep 3–4 hours a night, log 18-hour days, and still feel happy and energetic, but they are the exception, not the rule.

More than 300 million people around the world suffer from depression, which is the leading cause of workplace disability, according to the World Health Organization. More than 260 million people have anxiety disorders — and many of these people live with both conditions.

A recent WHO study also found that anxiety disorders and depression lead to $1 trillion per year in lost productivity.

While lost earnings can be an abstract figure to comprehend, mental illness is very real — and it needs to be taken seriously.

In 2016, an Uber engineer named Joseph Thomas committed suicide. In the weeks before his death, Thomas told a psychiatrist that he was having panic attacks, difficulty concentrating, and constant anxiety.

In a San Francisco chronicle story, Thomas’ widow and his father said they believe that work stress and a grueling professional environment led to his suicide:

“If you put a hard-driving person on unrealistic tasks, it puts them in failure mode,” said Thomas’ father. “It makes them burn themselves out; like driving a Lamborghini in first gear.”

Back in May 2015, Austen Heinz, the 31-year-old founder of Cambrian Genomics, also took his own life.

It’s impossible to know (and irresponsible for strangers to assume) what led Heinz to end his life, but his death sparked an important conversation about Silicon Valley’s high-pressure work culture.

Clearly, we need to create professional environments that foster healthy, resilient workers. It’s imperative to understand that “workers” are people, who deserve to have three-dimensional lives.

Not everyone will feel comfortable sharing their health challenges with co-workers or managers (and nor should they), but we all need to establish safe places and spaces for these essential conversations — whether they happen with a senior leader, an HR professional or a dedicated counselor.

* If you’re having thoughts about harming yourself or someone else, stop reading immediately and call 9–1–1, or your local emergency line.

Re-thinking what it means to “crush it.”

The no-days-off, rise-and-grind culture means that people are often applauded for sacrificing their physical, emotional and mental health.

This narrative is also fueled by what psychologists call impression management, in which we consciously (or subconsciously) attempt to influence the perception that other people have of us.

When someone posts a golden-hued selfie, posed high on a mountain at sunrise (but neglects to mention that they were miserable during the climb), that’s impression management.

Toby Thomas, CEO of EnSite Solutions, says the phenomenon is like a man riding a lion:

“People look at him and think, ‘This guy’s really got it together! He’s brave!’ And the man riding the lion is thinking, ‘How the hell did I get on a lion, and how do I keep from getting eaten?’”

Yet, so many people are feeling the pressure.

Back in 2013, when there was even less awareness around mental illness in entrepreneurship, Moz CEO Rand Fishkin asked 22 other CEOs at a founder’s summit if they had ever suffered from anxiety or depression.

Twenty of the 22 hands went skyward.

In a chat with Business Insider, Fishkin said:

“It’s a strange thing because everyone knows that, under the shroud of positive posturing, every startup and every founder is struggling or has struggled, but we’re only supposed to talk about what’s going right,”

Nurturing our mental health and wellness

Physical and mental health are highly individual. We’re all different — and we all have unique challenges. It’s impossible (and again, irresponsible) to offer one-size-fits-all solutions.

But as we consider how to tame and reshape the culture of overwork, I’d like to offer a couple of suggestions.

As entrepreneurs (or employees), we should never feel ashamed to ask for help.

I’ve slowly realized that asking for help is a sign of strength, not weakness. Now, I don’t hesitate to seek out mentors, assistance or advice. We all struggle, and we all need support.

If you’re struggling with your mental or physical health, please see a medical professional as soon as possible.

I’ve also learned that when you reach out for help, it often strengthens your relationships — both personal and professional. That’s a good thing.

Sharing our vulnerabilities can lead to deeper, more empathetic connections.

Use your vacation time. Schedule an extra day off. Aim to work productively during your work hours, then leave the office behind. Spend your downtime with friends and family, and schedule time for exercise, hobbies, or spiritual pursuits.

Often, the help I need most comes from my friends and family. They keep me grounded and remind me what’s important.

I try to support them, too, by joining the annual olive-picking effort, spending quality time together, and listening attentively to their issues and concerns.

Also, try not to check your email and avoid other technologies on Sunday, or another day you designate as a “digital Sabbath.”

It does take some discipline, but it’s a healthy practice that’s valuable for all of us — and you might even come to love it.

If you’re a founder, consider an alternate funding path

I’ve managed to avoid real burnout during my 12 years of entrepreneurship, partly because I’ve taken a different path; one that doesn’t involve investors.

The startup and tech communities call this “bootstrapping,” and it has helped me to grow Jotform to 130 employees without a dime in outside funding.

Maybe there was an easier route — especially if I had a co-founder to share the workload — but without investors looking over my shoulder, demanding exponential growth, I avoided a lot of stress.

I also know that bootstrapping doesn’t work for everyone or every business model, but it’s certainly worth considering.

You’re not alone — and you will be okay

Whatever your struggles, remember that we’re right there with you. As entrepreneurs, we all experience challenges and we all need help sometimes. It’s completely normal — and it’s okay.

And if you need to step back are re-evaluate why you’re #alwaysgrinding, take the time you need.

We don’t have to “hustle” 24/7 or live a life that’s exclusively about work, regardless of what the social media posts might suggest.

After all, no startup idea or sought-after job is worth more than your health, even when you care deeply about what you do.