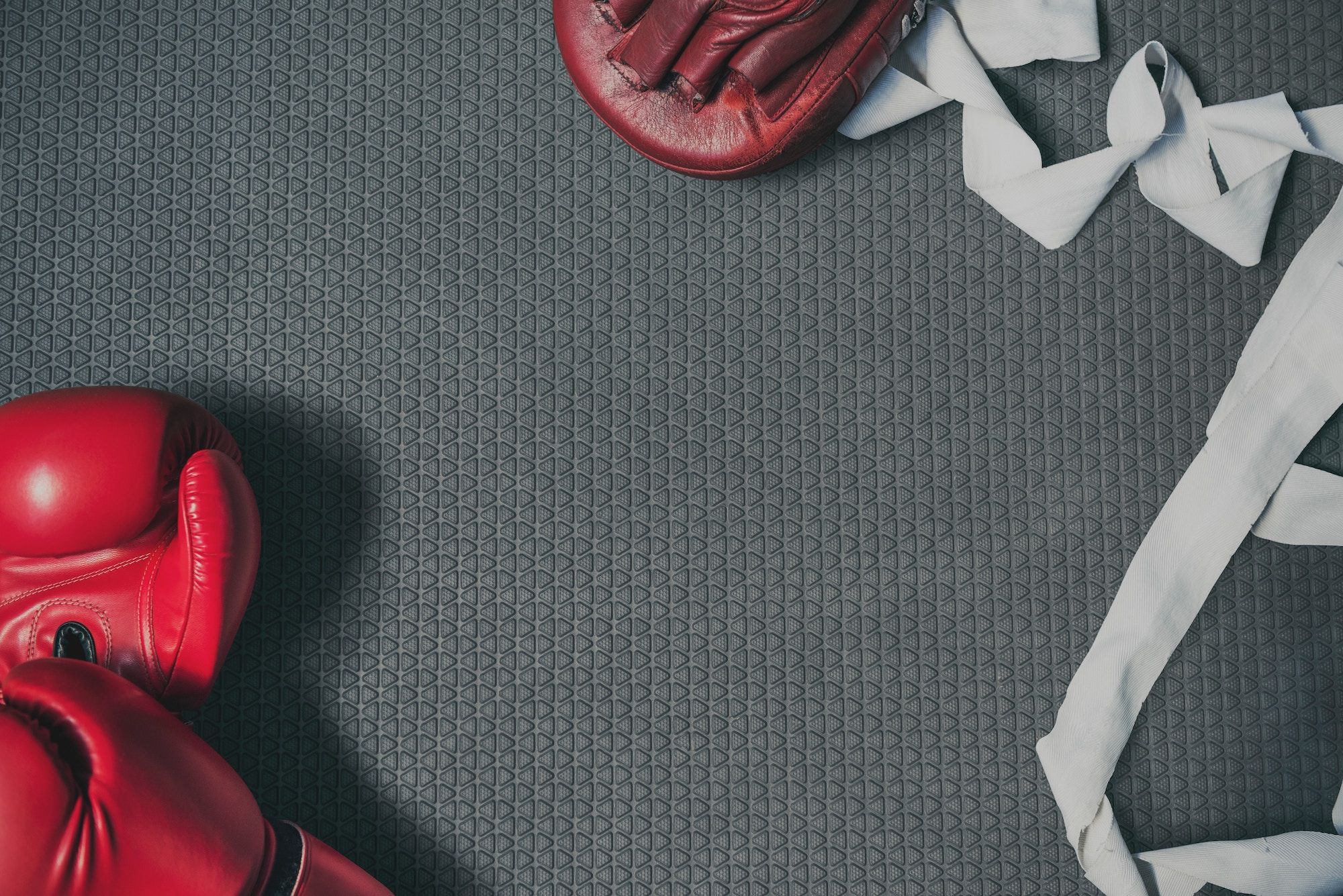 “I disapprove of what you say, but I will defend to the death your right to say it.”

The quote, which is often misattributed to Voltaire himself, captures the philosopher’s views on free speech.

It also makes me think about the culture I want to create at my company, Jotform.

I may not agree with one of my colleagues, but I would always prefer they speak their mind. Productive conflict not only helps me to learn, but it also leads us to better solutions.

At the same time, political correctness is at an all-time high. And by “political correctness,” I’m talking about being supportive and agreeable with each other, and avoiding hurt feelings at all costs — often to the detriment of meaningful collaboration and innovation.

I will never support deliberately mean, offensive or inappropriate behavior, but for the sake of innovation, we should consider how to foster the healthy tension that PC culture works to avoid.

How the workplace became a no-conflict zone

“All humour is critical. If you start to say ‘Ooh we mustn’t criticize or offend them,’ then humour’s gone,” said comedian and Monty Python legend John Cleese.

Cleese and fellow comedians like Jerry Seinfeld and Chris Rock have been outspoken about their professional challenges in today’s politically correct world.

And they’re not the only ones.

PC culture is now dominating many spheres of life, and thanks to social media, it’s louder than ever.

Critics say that being PC these days is less about upholding a certain worldview and more about protecting individuals from emotional distress — and it’s threatening free expression.

In an extensive report on political correctness from More in Common, participants said they were concerned about their day-to-day ability to express themselves, worrying that “a lack of familiarity with a topic, or an unthinking word choice, could lead to serious social sanctions for them.”

We keep quiet to avoid conflict.

Humans also have a psychological tendency to conform with the majority, even when they secretly disagree.

In the seminal Asch experiment, researchers gave college students a simple task: choose which visual line most closely matches the “target” line. Participants were grouped with fake “peers,” who were instructed ahead of time to choose the wrong answer.

The results were astonishing.

After the experiment, participants admitted that they knew the conforming answers were wrong, but they followed the group for fear of being ridiculed or thought “peculiar.”

Combine the pressure to be PC and our natural, human desire to conform, and many workplaces have become no-conflict zones.

Colleagues are hesitant to disagree with one another, prioritizing harmony and agreement instead. But dealing with conflict and uncomfortable emotions is part of life. It can even be beneficial.

Sometimes, conflict is the catalyst for innovation.

What do these duos have in common? Besides revolutionizing their respective fields (jazz, technology, and basketball), they were all polar opposites in personality — and that’s partly why they succeeded.

Progress often demands a healthy degree of conflict. If people simply agree, there’s no exchange of perspectives and information. And in order to innovate, we have to consider different approaches.

At Jotform, some great ideas began with a disagreement — opposing points of view that pushed the team back to the drawing board.

And we purposefully build teams comprised of different roles and personalities in order to foster healthy creative friction.

Conflict motivates us to work harder and has repeatedly been shown to help teams produce better results.

Smooth sailing not only stifles creativity; it also defeats the collaborative purpose of teamwork. As American gum tycoon William Wrigley Jr. once said:

“When two men always agree, one of them is unnecessary.”

I’m a strong advocate for teamwork. As I’ve explained before, our employees work in cross-functional teams with a lead designer, who works side-by-side with UI and CSS developers, full stack developers, plus UX specialists, data scientists, and any other necessary functions.

The whole of these teams always exceeds the sum of its parts — but only if every team member actively contributes. If everyone agrees with the dominant voice, then we’re only drawing on one person’s resources.

It’s worth developing a work atmosphere where ideas can be exchanged freely and openly.

Hiring well is one of my top three priorities, so it’s a task I rarely delegate.

I think a lot about how to attract and retain great people. I want to have a culture-driven company, and our culture depends on the people who embody it every day.

As we interview candidates, I look for the right skillset, a positive attitude, confidence, ambition, and stellar communication skills.

Whether a potential hire is extroverted or introverted is of no consequence. What matters is that they can effectively convey their ideas and collaborate to solve problems; that they have empathy and humility.

A star employee will speak up when she disagrees with a colleague, and communicate her thoughts respectfully. She’ll make it about the business, not a personal attack.

Recently, one of our teams was brainstorming how to introduce a new product. They had a long, animated dialogue about the best approach. From an outside perspective, online forms might not be the most thrilling subject, but I love to see our staff dig deeper to make the user experience enjoyable, and, dare I say, fun.

Whenever the team members disagreed, they provided business-based reasoning for their opinions. In the end, they did a terrific job, and we released a useful new product that users really seem to appreciate.

First and foremost, managers need to establish trust among employees. That means creating a safe environment — both for speakers and listeners.

Set ground rules to establish acceptable and unacceptable behaviors. Asking questions, pointing out project weaknesses, and even playing “devil’s advocate” should be encouraged. Gossip and personal insults, on the other hand, are off-limits.

One teamwork expert says that productive conflict should be public, confronted directly, seek to move to resolution, and it should consider each person’s personal experience, because we all respond differently to conflict.

I can’t over-emphasize the value of carefully planning your teams. Each group should have a variety of personalities, functions, and skill sets, so each member brings something unique to the table.

Psychologist and author Liane Daley recommends that we discuss different team roles and consider what each role contributes to the conversation.

“Highlight how the roles are there to drive different agendas,” says Daley. “If the team has the right composition, each member will be fighting for something unique.”

For example, if I encourage a designer to call out design-related issues, he’ll not only see an opportunity, but he’ll also realize it’s his responsibility to “own” the design elements of a collaborative project.

If we want to ensure employees stay curious, it’s important to lead by example.

Before I started my company, I was lucky to work with a manager named Albert, who was endlessly curious — and not just about my assignments.

He asked about my side projects, my family, and what I did outside of work. Our conversations often went beyond the confines of my role.

Now, when I spend time with our employees, I think about how Albert’s inquisitive nature sparked my own curiosity.

We also aim to solicit ongoing feedback from all employees — from lead engineers to interns. Our managers regularly ask:

What is one thing I could do to make things better for you?

What is the one thing I could do to make things better for our customers?

Then we do our best to act on that feedback.

“[C]ollaboration works when people know that others, especially those in power, take their suggestions seriously.”

Build a work culture for innovation

In today’s PC culture, fostering healthy conflict can be challenging. Without taking an active stance, your employees may think your company values harmony over discord, and hold back when they truly disagree.

But if we encourage open dialogue by hiring strong communicators and building trust among colleagues, productive conflict can thrive.

We can build company cultures that promote free expression and innovation, even in an increasingly PC world.