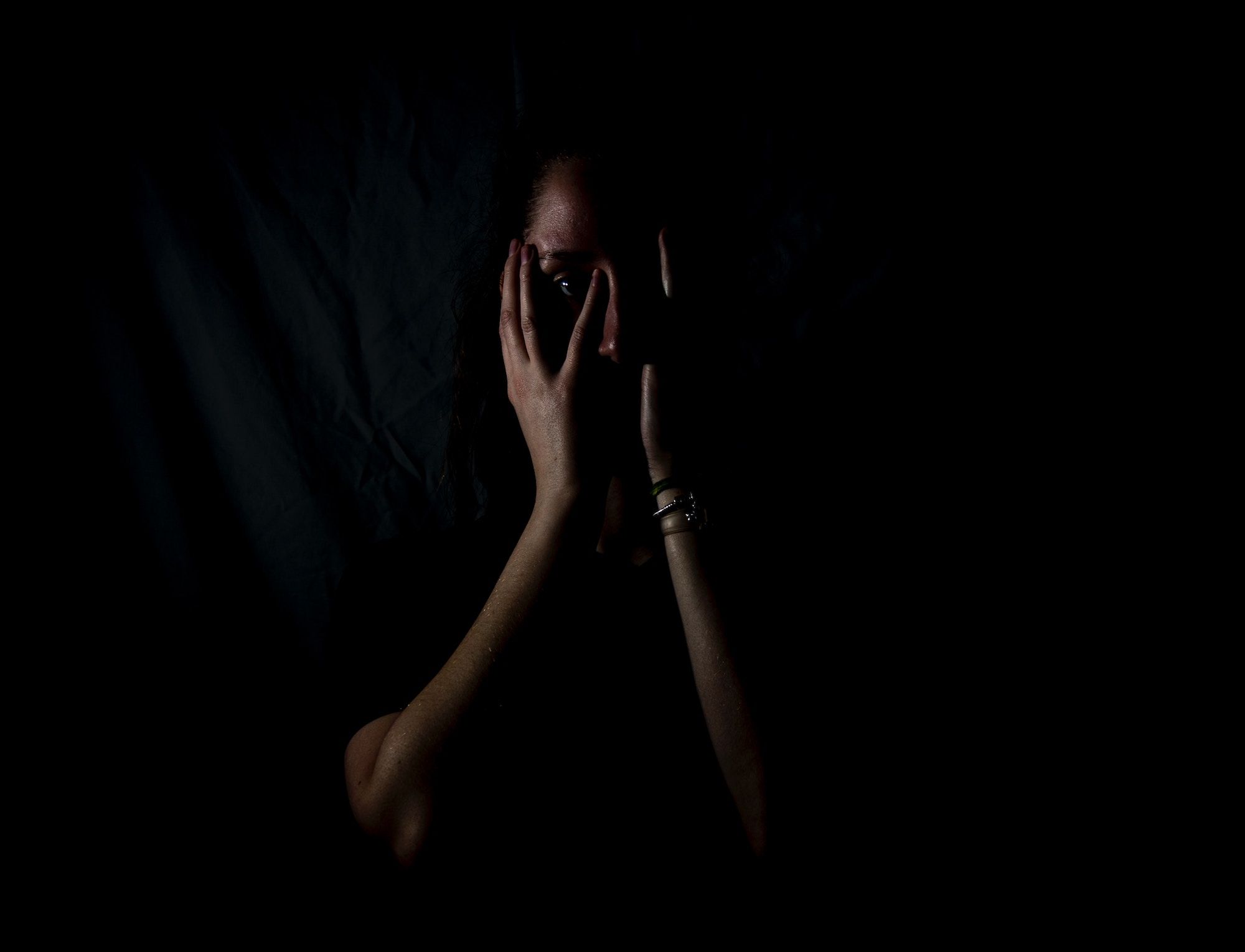 The one thing employees should fear (hint: it’s not their bosses)

“Dear Steven,” began the email I was drafting to my manager.

“I’ve put together the following report, outlining how we can improve our current processes and eliminate several time-wasting practices.”

The email went on from there.

Once finished, I promptly deleted it and returned to a coding assignment.

At the time, I was a junior developer at a large, New York-based media firm. Though I saw several ways that we could improve, I was reluctant to speak up.

As employees, we never received calls for feedback, and I had never heard of anyone offering their suggestions. It just wasn’t that kind of place.

Since then, I’ve launched my own company, Jotform, and watched it grow to 140 employees. I’ve often thought back on my experience as a fledgling developer, and the disconnect between myself and management.

No one ever asked for my feedback, so I was afraid to speak openly with my bosses. I’m sure my colleagues were, too.

I now realize that this pervasive fear hurt the company — and I’m committed to avoiding the same mistake with my current team.

Companies perform best when they leverage the skills, knowledge, and intuition of their people. This can only happen when employees don’t fear their bosses or speaking their minds.

When they do, the consequences are costly.

The price is high when employees fear their bosses

In today’s ultra-competitive economy, some fear in the workplace is inevitable. We all want to impress our colleagues and avoid negative repercussions, especially when we’re starting out.

But fear becomes destructive when it stifles open communication, which happens more often than we might expect.

A recent study of 200 employees at a leading high-tech company found that half of the employees felt it was “not safe to speak up” or challenge traditional methods, especially when they had creative ideas for improving products, processes, or performance.

Many employees said they felt inhibited by the perceived risks of speaking up. Others didn’t want to ruffle their superiors’ feathers. They believed their boss felt protective of certain projects and would resent the implied need for change. Or, they feared that their boss would feel betrayed if they made suggestions in the presence of a more senior manager.

Justified or not, employees tend to hold many beliefs that keep them from communicating openly with management. And the costs to an organization can be staggeringly high.

For example, fear insulates managers from what’s happening both inside and outside the organization — a situation known as the “CEO bubble.” When employees, scared to be the “bearers of bad news,” hide their concerns, managers have no opportunity to react to looming issues. Small things spiral out of control and otherwise-preventable disasters become unavoidable.

Walt Bettinger, CEO of Charles Schwab, has called the CEO bubble his job’s “number one challenge.” As he explained, it consists of “people telling you what they think you want to hear, and people being fearful to tell you things they believe you don’t want to hear.”

Paradoxically, those in the best position to help redirect an organization are often left out in the cold.

In terms of day-to-day costs, fear makes us less productive.

When we’re calm, the prefrontal cortex controls our brain functions and we can engage in high-level thinking and make informed choices.

When we’re fearful and stressed, the amygdala and lower brain regions — the emotional parts — take over, and we can’t think straight.

As the productivity expert Edward Deming once said:

“Drive out fear, so that everyone may work more effectively and productively.”

Fear also destroys our ability to think creatively. I’ve written before about the importance of giving your mind a rest, because times of mental quiet allow our brains to assimilate information and play with new ideas.

Sheila Keegan, author of The Psychology of Fear in Organizations, says that in fear-driven workplaces, employees are encouraged “to think in linear, mechanistic modes, rather than fostering creative thinking.”

Where deadlines and external pressures rule, creative thinking does not thrive — which is one reason why we encourage our teams to be as autonomous as possible.

We don’t impose deadlines at JotForm. Instead, we trust that they can manage their own schedules, which should include some downtime, to get the job done.

How to foster a culture of openness and trust

In 2016, one of SpaceX’s first reusable rockets exploded on the launchpad. According to founder Elon Musk, the accident could have been avoided.

As Musk later explained, he had asked employees to share the top 10 risks of the pending launch. The problem that caused the explosion was an 11th item — something that was hypothesized but never discussed.

Musk used the incident to remind employees that he wanted to root out workplace fear — with one caveat:

The anecdote stuck with me. I liked that Musk explicitly asked his employees to challenge their fear.

But how can you tell if employees are afraid of you in the first place? Start by asking yourself:

If you answered yes to one or more of these questions, it’s worth reassessing your behavior and creating a fear-free workplace. Additionally, when a leader intimidates employees, middle managers tend to follow the example.

To eliminate a culture of fear, employees need to feel safe expressing themselves to their superiors. Like Musk, leaders must clarify that the cost of staying silent outweighs any perceived benefits.

But the most successful innovators find additional ways to break down fear-based communication barriers and make employees feel comfortable.

To ensure that his employees aren’t withholding or sugar-coating information, Bettinger requires them to write what he calls “brutally honest reports.” Twice per month, they need to offer insights in five areas, including “what’s broken?”

At Salesforce, the senior team regularly participates in Airing of Grievances — a company-wide chat group designed to ensure that unadulterated, early-warning signals reach the higher-ups.

Spanx CEO and founder Sara Blakely publicly celebrates her own failures to show employees that it’s okay to be wrong. At one company-wide meeting, she highlighted a series of “oops” moments she had experienced since founding Spanx.

At Jotform, we try to promote policies and procedures that encourage employees to speak up. Ultimately, it comes down to promoting confidence, curiosity, and transparency.

I want every employee to feel confident in their work, and to know I’m confident in them as well. So I make an effort to get to know each new hire. I ask questions like:

What kind of impact do you want to make?

What do you think you would excel at, but have never had the opportunity to try?

The goal is to get everyone working in their personal “sweet spot.”

When teams collaborate, I also try to get out of their way as much as possible. I want them to take full ownership of their projects and build confidence in their decisions. As leaders of their own “mini-companies,” they’re invested in their work and feel comfortable coming to me with issues and concerns.

I’ve written before about how we foster curiosity in the workplace. I show my own curiosity by entertaining any idea that an employee shares with me. Even if I don’t end up agreeing, their feedback pushes me to reevaluate my own ideas.

Questions are always welcomed and encouraged, and we regularly solicit feedback from all employees about what we could be doing better.

We also hold Friday demo days that enable our teams to share what they’ve accomplished that week. Generally, I let them lead the discussions, offer feedback to each other, and raise questions. I simply listen and reiterate our vision and values when necessary.

Finally, our goal of transparency helps to create a free flow of information at all levels of the company. Whether you’re an intern or a senior developer, we aim to be transparent with you from day one.

We share our strengths and weaknesses; our victories and our failures.

I’ve found that this solidifies our employees’ commitment to the team, and motivates them to communicate their ideas, questions, and concerns.

The only thing worth fearing

If I could chat with my younger self, I would tell him to share his thoughts openly with managers.

Even if they don’t encourage this feedback, they might appreciate it. You do good work, I’d tell him. Chances are you won’t get fired.

But with my own company, I prefer to eliminate any doubts or confusion. Employees should know that we always want to hear their ideas. And that the only thing they should fear is fear itself.

So speak up like your success depends on it — because ultimately, it does.