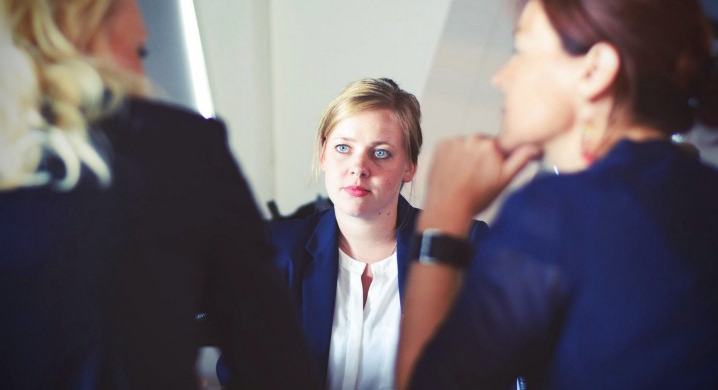 How to give feedback to people who can’t handle feedback

Researchers have recently found that our bodies and brains interpret negative feedback as an actual psychological threat — with both behavioral and physical consequences.

Because of this, Paul Green and colleagues at Harvard Business School believe negative feedback — on its own — rarely leads to improvement.

Instead, it spurs us to remove ourselves from the partner or group where we’ve received the feedback and “shop” for confirmation among new social circles.

At work, that means we will seek out a new arrangement for our next project.

If stuck with a certain partner or in a specific department, we might feel the urge to form relationships with people in other departments. Anything to confirm the positive view of our actions and values within the company.

When we can’t maintain that positive confirmation, it isn’t pretty. Physical consequences like anxiety and depression can threaten to pull us deeper into a spiral of poor behavior and, in turn, negative feedback.

This need to protect our psyche is how and why we end up creating, and subconsciously locking ourselves into our own echo chambers.

Criticism may not be agreeable, but it is necessary.

It fulfils the same function as pain in the human body. It calls attention to an unhealthy state of things.

And there aren’t many things I’d say that about.

But after 12 years of bootstrapping my company, Jotform, from a side hustle to +110 employees and almost 4 million users — feedback is one of them.

Interestingly, collecting and sharing feedback is one of the primary ways in which Jotform users put our forms to work — from polling their audiences to collecting opinions via surveys.

Feedback is a multifaceted concept that’s vital to the way many of us work and live.

So I thought I’d dig into just why feedback is such a hard pill to swallow and a few ways I’ve learned to deliver it effectively over the years.

Setting the stage for feedback delivery

Delivering feedback, especially negative, is far more complex than telling an employee what they need to fix and expecting them to scamper off and focus on those items in a vacuum devoid of their own emotions.

The tactical tricks that I’ll get into later might be useful.

But I believe they won’t prove effective without setting the stage with an affirmative work environment where opportunities for positive confirmation and supportive relationships flourish.

Think of your relationship with your partner, a longtime friend, or even a close work colleague you would actually consider hanging out with on a Saturday afternoon.

A single disconfirming remark from one of them certainly wouldn’t send you running for the hills, would it?

Negative feedback can lead to improvement when given in a confirming environment where the receiver feels supported and valued.

When it comes to the workplace, there are many systems in place that erode the sense of value employees feel they offer the organization.

Competition for promotions, commission-based salaries, and poorly-executed peer reviews can certainly degrade any positive confirmation and lead to feedback falling on deaf ears.

It’s clear that delivering feedback, especially negative, is far more complex than telling an employee what they need to fix and expecting them to scamper off and focus on those items in a vacuum devoid of their own emotions.

Once you’re able to create an environment where your workers feel valued and confirmed in their positive attributes, you can try these five methods I’ve used to deliver feedback they can actually act on.

It’s tough to give feedback that people don’t want to run screaming from. And it can be even more challenging when it comes to giving feedback for creative work.

On Jotform, our users use our online form builder to collect feedback and a big part of that feedback involves creative input.

One thing I’ve noticed is that, much like creativity itself, feedback about creativity is highly subjective. This is applies to delivering feedback to our creative designers and developers as well.

And, if you’re able to frame it as such, you’re much more likely to start a discussion about where the design or feature can go next, instead of shaming and shutting down its creator.

Whether it’s me delivering feedback one-on-one or the whole team engaging in a Demo Day, we’re careful to frame creative feedback as personal opinion.

For example, I might say “Personally, I gravitate toward this bigger, brighter button than toward the main action you want me to take on the page.” instead of a definitive, objective statement like “This design is wrong.”

It’s not about control. It’s not even about being right.

It’s about providing constructive feedback in a way that encourages the creative process to continue.

2. Collect a variety of feedback so you can speak in patterns rather than specifics

Duration neglect dictates that we’re more likely to remember peak moments (good or bad) and the most recent moments in any event.

It is this, along with tons of other fascinating and confusing tricks the brain plays with memory, that makes it all too easy to provide biased feedback. And people who sense unfairness aren’t likely to take positive action.

Instead of relying on one particular recent example, it’s important to collect data from different sources over time to find patterns in behavior.

I personally like to use a simple evaluation form template to collect anonymous feedback on how my team feels a certain design or feature came out.

By combining this information with my own observations of specific examples, I’m able to provide unbiased feedback on areas where a certain design is excelling as well as areas where it could improve.

The knowledge that I’ve taken the time to identify real patterns goes a long way in receiving negative feedback as supportive rather than a threat to their wellbeing and job security.

3. Whip up a delicious feedback sandwich

A quick way to help create an environment that confirms an employee’s value before delivering negative feedback is to deliver it stacked like a sandwich — otherwise known a the PIP (Praise-Improve-Praise) method.

The process is as easy, and tasty, as it sounds:

It will take more than a sandwich to create a workplace in which feedback isn’t perceived as a threat and employees don’t feel the need to shop for confirmation.

But this method is effective for times when you haven’t had a chance to establish good rapport with the receiver or have to deliver quick, one-off feedback.

4. Clarify organizational goals and tie feedback directly to them

We often hear the phrase “it’s nothing personal” when it comes to giving and receiving feedback.

However, unless your comments can be tied directly to organizational goals, personal judgements is really all they are.

Personal judgements have a way of putting their receiver into a defensive and combative mood — and rightly so.

In order to deliver effective feedback that helps an employee better align with organizational goals, you’ve got to make sure those goals are clear to begin with.

It wouldn’t be fair for me to deliver negative feedback solely because I don’t personally align with someone’s management style.

In the same vein, it also wouldn’t be fair to critique an employee for not hitting certain organization goals if they’ve never even been told what those are.

That’s why I strive to make sure my leadership team as well as every single employee is on the same page when it comes to organizational goals.

It certainly helps that, as a bootstrapped company, we’re able to pick one overarching goal that informs our focus all year long.

And when it comes time for me personally to deliver feedback, I always make sure to first revisit our organization goals right there in the meeting to make sure my comments are aligned and actionable — not emotional.

5. Encourage the employee to walk a mile in your shoes

Feedback can be especially frustrating to hear when you don’t understand what’s motivating it.

So it can really help an employee by turning the tables and inviting them to “walk a mile in your shoes” as the saying goes.

Right there in the feedback session, encourage them role play as if they were in your management position:

Once you’ve set the stage with your example, it’s time to put your employee in the driver’s seat. It’s empowering for anyone to be asked how she’d suggest a situation should be managed — and that’s exactly how you want your employee to feel.

After describing the situation, you can tell your employee that you find it challenging to address the issue, and ask how she would handle the matter if she were managing the group.

By stepping away from the threatening feelings for a second and viewing things from your perspective, your colleague can better understand that negative feedback is not meant as a personal attack but as a way to help them better serve their team and grow their own development.

This tactic can also help managers see how their team members personally process feedback and provide great insight into the management strategies they respond well to.

Employees who understand management’s motivation are more likely to view negative feedback as a tool for growing their professional development rather than a threat.

Why you can't handle negative feedback

How to collect feedback that comes in via Slack

Story of a Feature: Jotform Feedback Buttons for Web Sites

How to give critical feedback effectively