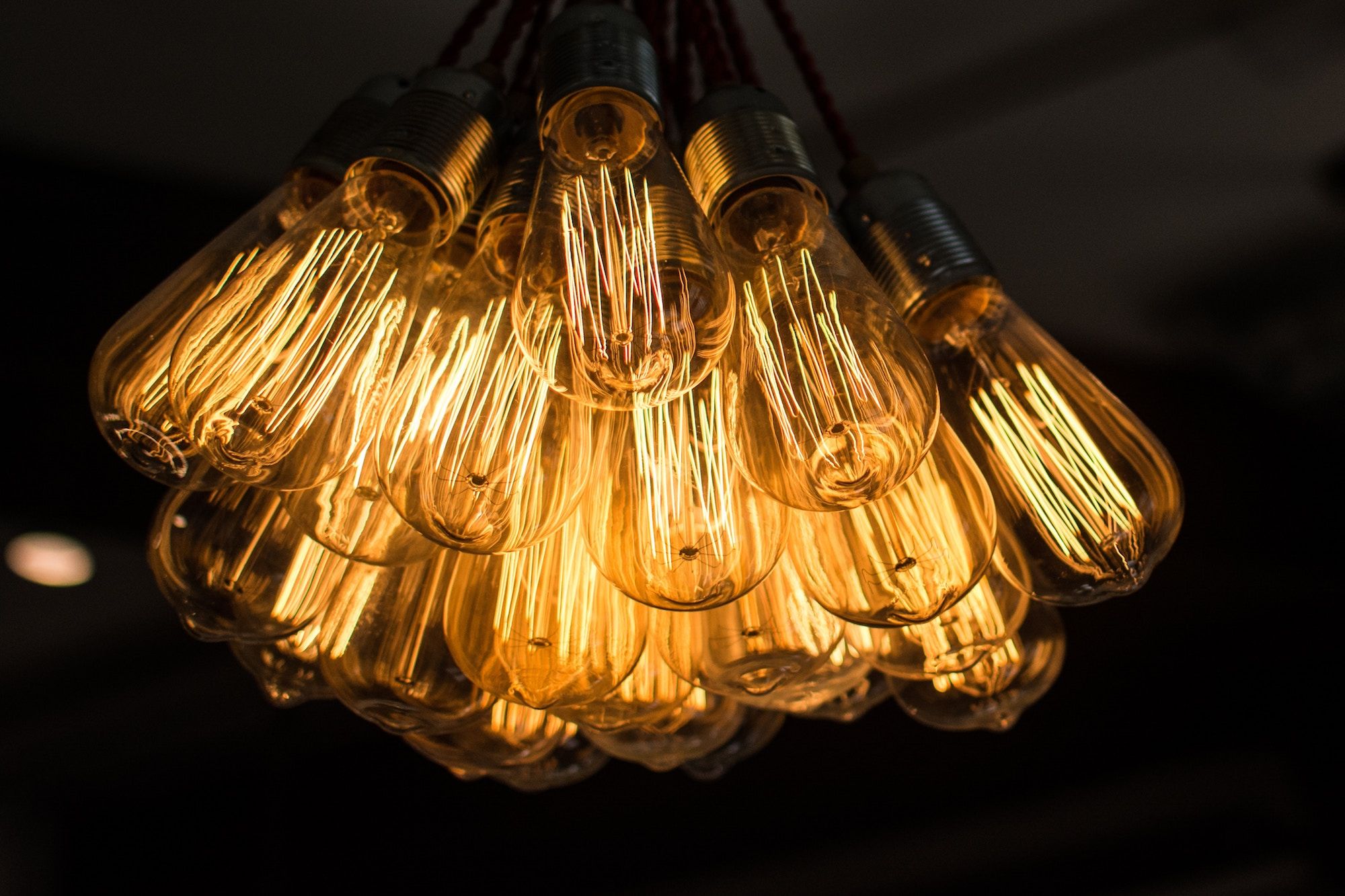 If I told you that Tesla was named after Nikola Tesla, a man who died in a New York City hotel room, penniless and alone, while professing his love for a pigeon, you might find it hard to believe — but it’s true.

“I loved her as a man loves a woman, and she loved me,” Tesla said in one of his last interviews, speaking of his avian friend.

But that’s not the whole story of Nikola Tesla.

Though his life ended in bleak circumstances, he spent the preceding 86 years as one of the most prolific inventors in human history.

As an homage to Tesla’s enduring influence, an early page on the Tesla Motors website stated:

“Without Tesla’s vision and brilliance, our car wouldn’t be possible. We’re confident that if he were alive today, Nikola Tesla would look over our 100 percent electric car and nod his head with both understanding and approval.”

Tesla’ brilliance was matched by his wide-ranging eccentricities, which may have led to his unfortunate end, but also contributed to his creative success.

His unabashed individuality holds invaluable lessons about how we can all foster a spirit of lifelong creativity.

It also shows why truly individual thinking can be a catalyst for invention. I, for one, use these lessons as signposts in my role as CEO of Jotform.

Lesson 1: Be fearless (and humble)

Apple also featured Thomas Edison, for whom Tesla worked briefly as an electrical engineer, before branching off and starting his own company. The ads didn’t include the lesser-known Tesla — but I always thought they should have.

Tesla was the poster child for divergent thinking and refused to settle for generally accepted ideas. He wasn’t afraid to propose concepts that were way ahead of their time. Often, people weren’t ready for his inventions — and he didn’t care.

“Let the future tell the truth, and evaluate each one according to his work and accomplishments,” Tesla once said. “The present is theirs; the future, for which I have really worked, is mine.”

Tesla’s fearlessness extended to his idea for a better form of electricity. He even countered the convictions of his boss and the renowned Thomas Edison, a proponent of direct current electricity, to introduce the concept of an “alternate current” (AC) driven system.

This ideological rivalry led to the “war of the currents” between Edison and Tesla, which the latter eventually won based on AC’s greater efficiency.

Likewise, while Edison was touting the benefits of fossil fuels, Tesla was already thinking about renewable energy sources like hydroelectric, solar, and wind power — in the 1890s.

At the same time, a large creative output requires humility. You have to be comfortable being wrong sometimes, too. Worrying about proposing misguided ideas or looking foolish will only stifle your ingenuity.

Tesla had plenty of important discoveries, but he probably had just as many outlandish ideas, such as the “death-beam.”

In a New York Times interview, he claimed to have invented a way to “send concentrated beams of particles through the free air,” powerful enough to bring down 10,000 planes from 250 miles away, or kill millions of soldiers.

Thankfully, this idea never materialized. But for every death-beam, he also made a useful contribution to the world, some of which, like renewable energy, weren’t acknowledged for nearly a century.

The takeaway: don’t be afraid to voice your ideas and convictions, even if they challenge those of your colleagues and leaders. A confident, curious manager will welcome out-of-the-box thinking.

Lesson 2: Trust that persistence pays off

Based on stories of Tesla’s childhood, Nikola had energy on his mind from an early age: young Nikola dreamed of harnessing the power of Niagara Falls. By 1887, he had developed the alternating current as a way to transmit power over long distances. But the concept wasn’t immediately accepted.

It wasn’t until the 1893 World Fair in Chicago that Tesla was able to demonstrate the effectiveness of his idea — and when he did, it was glorious by any measure.

He showed his AC electricity system to the fair’s 25 million visitors, and wowed audiences by illuminating more light bulbs than one could find in the entire city of Chicago. Tesla even surprised visitors with a wireless electrical light bulb.

The takeaway: don’t abandon your ideas, even if they take time to gain traction.

Had Tesla given up, he would never have had the chance to demonstrate his concept to such a huge audience. But Tesla showed remarkable faith in himself and persisted until the opportunity of a lifetime arrived.

Martha Stewart requires employees to use black or red ink, and mandates that all desks be cleared before leaving the office. Apparently, she rejects anything that could taint her company’s design scheme.

“They’re a powerhouse of nutrition,” explained Cooper, “so I’m kind of an evangelist for sardines amongst everyone I meet.”

Many CEOs have unusual preferences and personal habits. Whether they’re motivated by productivity, wellbeing, or organization, these quirks seem integral to their success.

But Nikola Tesla takes the cake when it comes to eccentricities. He had a strong aesthetic sensibility, including an aversion to pearls (and any woman wearing them), and insisted on dressing to impress. He wore white gloves to dinner every night and prided himself on his dapper attire.

Though he took cat naps throughout the day, Tesla also claimed he never slept more than two hours. At one point, he stopped eating solid foods, opting instead for liquid sustenance like warm milk and vegetable juices.

While he was tall and reportedly rather easy on the eyes, Tesla never dated. Celibacy, he reasoned, contributed to his creativity.

The takeaway: own whatever makes you you — from habits to preferences. As long as you’re not harming anyone, embrace your quirks and incorporate them into your routine.

Lesson 4: Learn to love your own company

How much time do you spend alone? Like really alone?

Even if you consider yourself a classic introvert, chances are you’re more connected than you think.

According to the first-quarter 2018 Nielsen Total Audience Report, American adults spent over 11 hours per day watching, reading, listening to, or generally interacting with media.

Add our average eight hours of sleep, plus daily meetings and socializing with friends and family, and we’re left with little time to be by ourselves — which can also diminish our creativity.

Nikola Tesla believed deeply in the power of solitude.

“Be alone,” said Tesla. “That is the secret of invention; be alone, that is when ideas are born.”

During time alone, we can reflect and think creatively, rather than diluting our attention with an endless number of distractions.

Tesla often attributed his accomplishments to creating time for solitude and reflection:

“From childhood I was compelled to concentrate attention upon myself. This caused me much suffering but to my present view, it was a blessing in disguise for it has taught me to appreciate the inestimable value of introspection in the preservation of life, as well as a means of achievement.”

Personally, I practice a weekly digital sabbath. On either Saturday or Sunday, I totally disconnect from my devices. Though I spend most of the day with my wife and kids, I also plan at least one activity — usually a long walk or a bike ride — to be alone with my thoughts.

The takeaway: be deliberate about taking breaks from media and devices, and carve out time to be alone. It may be uncomfortable at first, but with practice, you’ll feel good about spending time by yourself.

Lesson 5: Surround yourself with interesting people

While writers and historians often focus on Nikola Tesla’s love life (or lack thereof), as it turns out, the inventor had a rather vibrant social life.

In fact, he regularly collaborated and socialized with some of the greatest minds of his time: fellow scientists, politicians, artists, and business people. Writer and poet Rudyard Kipling, conservationist John Muir, and financiers Henry Clay Frick and Thomas Fortune Ryan were just a few of Tesla’s intimates.

On his 75th birthday, Tesla received a celebratory letter from Albert Einstein himself.

Mark Twain and Tesla maintained a close, two-decade friendship until the writer’s death in 1910. Apparently, Twain and others often visited Tesla’s laboratory for demonstrations of the scientist’s latest innovations.

The takeaway: surround yourself with people whom you respect and admire, from a variety of backgrounds and industries.

For starters, you can absorb their knowledge and wisdom. The fastest way to learn is in the presence of people who have mastered what we want to achieve. Their work and thinking can also inspire us and provoke great insights.

I love catching up with friends and colleagues who work in fields outside software or product development. I learn about their craft, and I often leave our lunches or coffee meetings with fresh ideas for my own company.

The spirit of Tesla

For all of his eccentricities, Nikola Tesla had an extraordinary career that we can all learn from. Just like other highly influential thinkers, such as Vincent Van Gogh, Emily Dickinson, and Galileo Galilei, Tesla didn’t receive the acclaim he deserved during his lifetime, but his mark on the world endures.

Sometimes I wonder what Nikola Tesla would think if he knew today’s most innovative car company was named in his honor.

I like to imagine that he’d enjoy the recognition, if only for a moment, before returning to the lab and his lifelong pursuit of innovation.