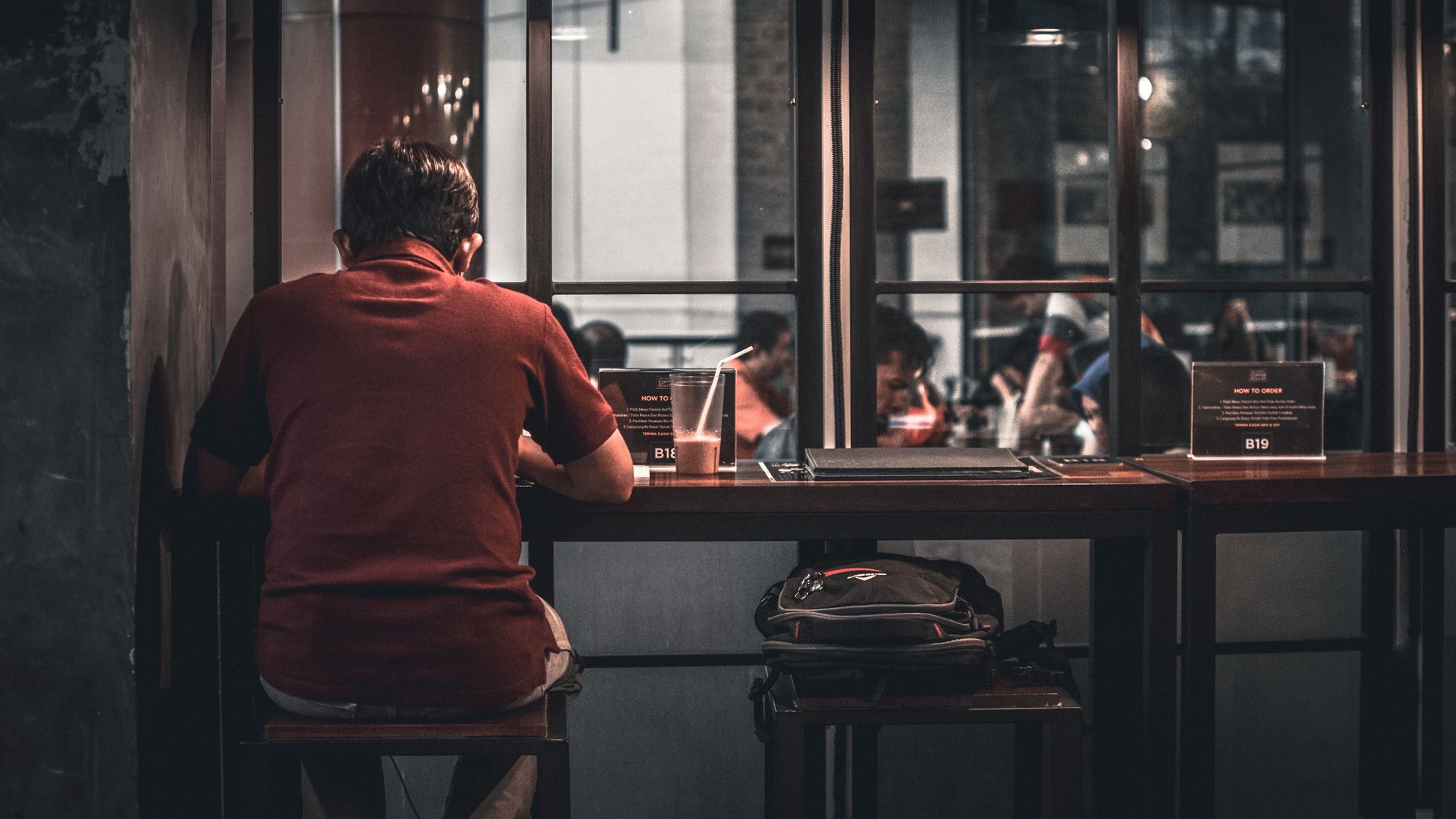 How to be alone: the difference between loneliness and solitude

Since the late 1980s, scientists have been tracking a whale across the Pacific Ocean.

It sings at a sonic frequency higher than any other species of whale: at 52 Hertz, just above the lowest note on a tuba.

The whale calls out; no one answers.

It’s been nicknamed the loneliest animal in the world.

It’s become a dirty word, loaded with shame and stigma. No one admits to feeling it.

Scientists diagnose ‘loneliness epidemics’ as if it’s an infectious disease. We fear hearing the word spoken aloud in case we catch it.

Perhaps that’s why children are sent to their rooms to be alone as punishment. Adults without families are automatically pitied.

But wait — isn’t there a difference between solitude and loneliness?

We use the two interchangeably because we’ve been conditioned to think of them as the same state; someone who spends time alone must, naturally, be lonely.

But that’s not the case.

Loneliness is being alone — and not liking it. It’s a feeling.

Solitude is being alone — and content. It’s a choice.

This brings us to an interesting paradox: if you can master solitude, you’ll never feel lonely again.

From the telegram to the phone to the mobile to the internet, all major cultural inventions have served the same purpose: to bring us closer together.

Today, we’ve reached peak hyper-connectivity. We can cross oceans at the touch of the button, speak to someone, anywhere, 24/7.

We’ve never been so connected — superficially, at least.

And yet, statistics report that we’ve never felt so lonely.

The United Kingdom’s Prime Minister Theresa May has announced a loneliness minister.

One in five Americans reports rarely or never feeling close to others.

And a recent study of over 20,000 people found that nearly half of respondents sometimes or always felt lonely.

The technologies connecting us are isolating us.

Here’s the truth about loneliness

Loneliness is an internal state that doesn’t — as most people assume — depend on external factors.

In fact, it’s largely unrelated to what’s going on around us.

You can be surrounded by people, lying in bed next to your partner, at a party, or in the office, and still feel lonely to your core.

And you can be alone, millions of miles away from any human contact, and still feel joyfully connected to the world.

It’s less about our circumstances, more about how we react to them.

Our fear of solitude is really fear of boredom

We read our phones while we brush our teeth. We listen to Podcasts on the subway.

We can’t simply be. We feel compelled to always do.

We can’t allow ourselves a moment of self-inflicted boredom.

We’re scared of where this boredom will take us.

Of what we will hear in our heads if we lapse into true silence: hopes, dreams, shame, embarrassment… Fear of failure.

We want to be entertained, constantly. The alternative — introspection — intimidates us.

And so, we drown out our discomfort with distractions.

But that doesn’t mean the discomfort will go away.

2. The human species is born to be social.

We’re told happiness comes from within.

And yet, we’re never taught how to be alone with ourselves.

We put enormous effort into training children in how to be social.

We send them to playgroups and playdates.

We tell them not to fight, not to swear, to be polite.

But we deprive them of one thing: the capacity to be alone, and content.

We celebrate self-esteem. But we stigmatize spending time with the person we should know, and like, the best: ourselves.

The joy of being alone

Real solitude is almost impossible to experience in the modern world.

And for some, this makes it the ultimate privilege.

Being sent to your room as punishment?

“It should be a reward,” says Sara Maitland, author of How To Be Alone.

“It should be: ‘You’ve been so good that now you can go to your room to be by yourself and do anything you like!’”

Some people choose a life of complete solitude. Others know they can harness times of stillness to find answers to questions, solutions to problems.

When I was first building Jotform, I spent more time alone than I ever have. Granted, it wasn’t the deep, echoing solitude of being cut off from the internet in the middle of Alaska.

After a certain amount of time by myself, I’d begin to panic.

But others, I’d push through that initial discomfort. And it was on those days that my most original ideas came to me. Boredom is the most important emotion that helped me to grow Jotform to almost 4 million users.

Solitude deprives you. It stretches you. It illuminates. And this breeds creativity.

When you surround yourself with moments of solitude and stillness, you become intimately familiar with your environment in a way that forced stimulation doesn’t allow.

The world becomes richer, the layers start to peel back, and you see things for what they really are, in all their wholeness, in all their contradictions, and in all their unfamiliarity. You learn that there are other things you are capable of paying attention to than just what makes the most noise on the surface.

Alone but not lonely: how to utilize solitude

Solitude is scary because it reminds us of how small we are. We realize that the world has, and will, continue turning on its axis without us.

We are insignificant. In some ways, it’s a preview of death. That’s why it requires great inner strength to be alone. To know that you are not going to disappear into thin air without human contact.

That strength is a muscle we can exercise through deliberate practice.

And like any fear, the only way to overcome solitude is to face it. Ease yourself in, with 10 minutes, then 20, then 30, of solitude a day, or week, or month.

As I’ve written before, there’s great power in doing nothing at all.

Letting your boredom take you will be uncomfortable at first. It might be painful — even profoundly so — but before long, this will ease.

The interesting thing about the 52 Hertz whale isn’t its loneliness. After all, it can’t be lonely; loneliness is a man-made condition.

No. What sets the 52 Hertz whale apart from other species is its self-reliance. Its strength.

It’s so powerful that it can survive for decades completely by itself.

Luckily for us, solitude will always be a choice, not an existence. It’s true that humans are born to be social.

But when we find strength — rather than fear — in solitude, we will live far richer lives: with others, and with ourselves.

Solitude: the secret to original thinking

Why you should never lunch alone

How your fear of solitude is holding you back