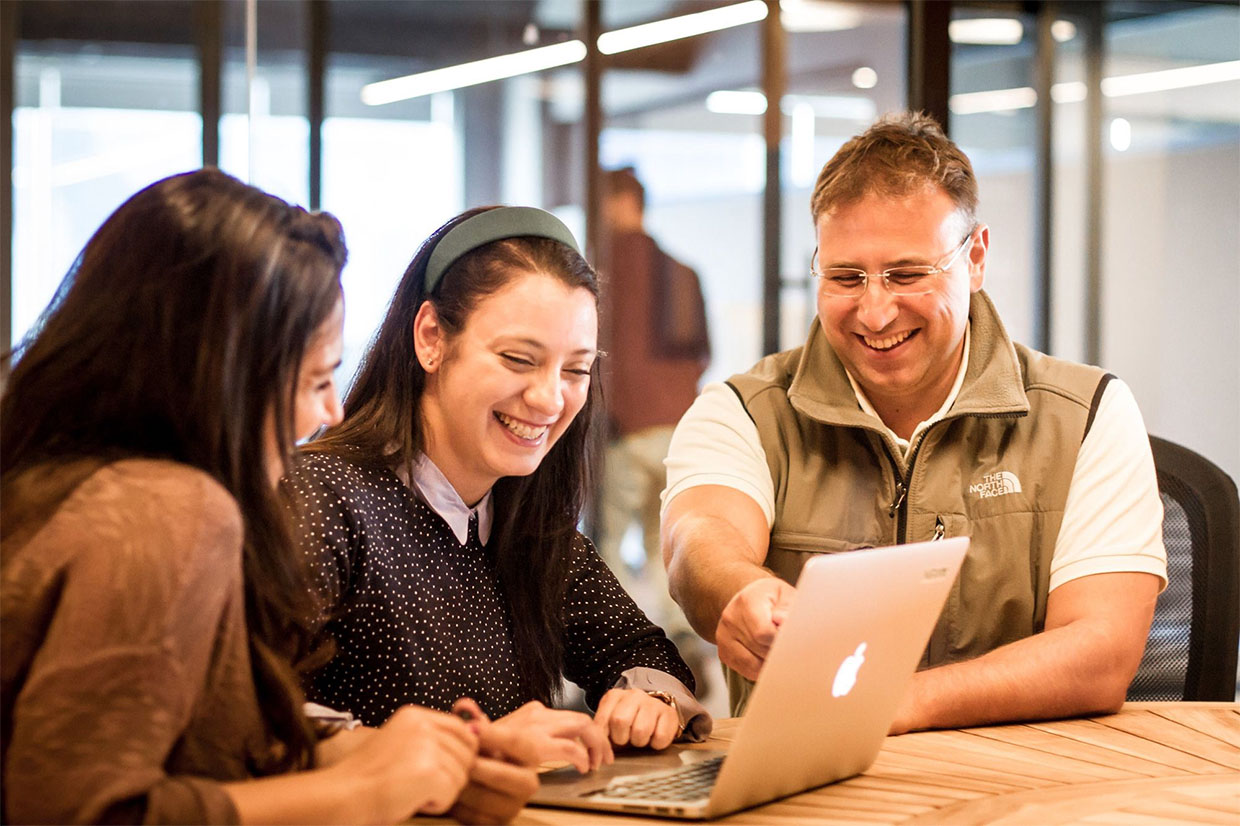 by Aytekin Tank
Some mornings are difficult.
Some days I feel sick or depressed.
Some nights, the baby keeps me up. When the alarm goes off, I’m so tired I can barely put my shoes on the right feet.
But every weekday morning, I lace up my sneakers and head to the gym. My wonderful trainer is waiting. And in four months together, I’ve only cancelled once.
Exercise has become a habit, but psychologist and researcher Angela Duckworth might also say it takes “GRIT.”
Here’s how Duckworth defines this trait in a 2013 TED Talk:
“Grit is passion and perseverance for very long-term goals. Grit is having stamina.
Grit is sticking with your future, day in, day out; not just for the week, not just for the month, but for years — and working really hard to make that future a reality.
Grit is living like it’s a marathon, not a sprint.”
I’m not sure if my workout routine requires grit, but here’s what I do know:
You can accomplish anything when you’re feeling great. It takes real strength to move forward when you don’t feel motivated or capable.
To me, grit kicks in when you tell yourself, “I don’t feel like it, but I will do it anyway.”
Twelve years ago, I decided to build an online product without taking a single dime in outside funding.
Today, that product, JotForm, has over 3.5 million users and 100 employees. There were many days when I didn’t feel like working, and I’ve encountered hundreds of daunting problems along the way.
But, as Duckworth describes, I knew that entrepreneurship would be a marathon. I was in this for the long run — and I still am.
Growing the company is a joy and a privilege. I continue to push through the hard times, because I want build a company that focuses on customers, not the competition. I want to see what we can accomplish, and how we can continue to serve our customers.
That’s why true grit begins with personal clarity:
When and how will you move forward, even when you’re not feeling great?
Define what grit looks like for you. It’s the first step toward strengthening your mental muscles.

Routines can help you run the marathon

Writers, students, athletes, entrepreneurs, and military cadets who create dependable habits and routines are far more likely to succeed in the long run, says author James Clear.
It makes sense to me. As we’ve all experienced firsthand, willpower ebbs and flows.
Even when you have the best intentions, your brain can rebel like a toddler throwing a tantrum. It doesn’t want to finish the chapter, or eat another salad, or run another mile. This is when habits can do the heavy lifting.
It doesn’t matter if I feel like working out; I just do it. The routine is set. I’ve created several other daily habits that boost my productivity and help me to accomplish my goals, too. 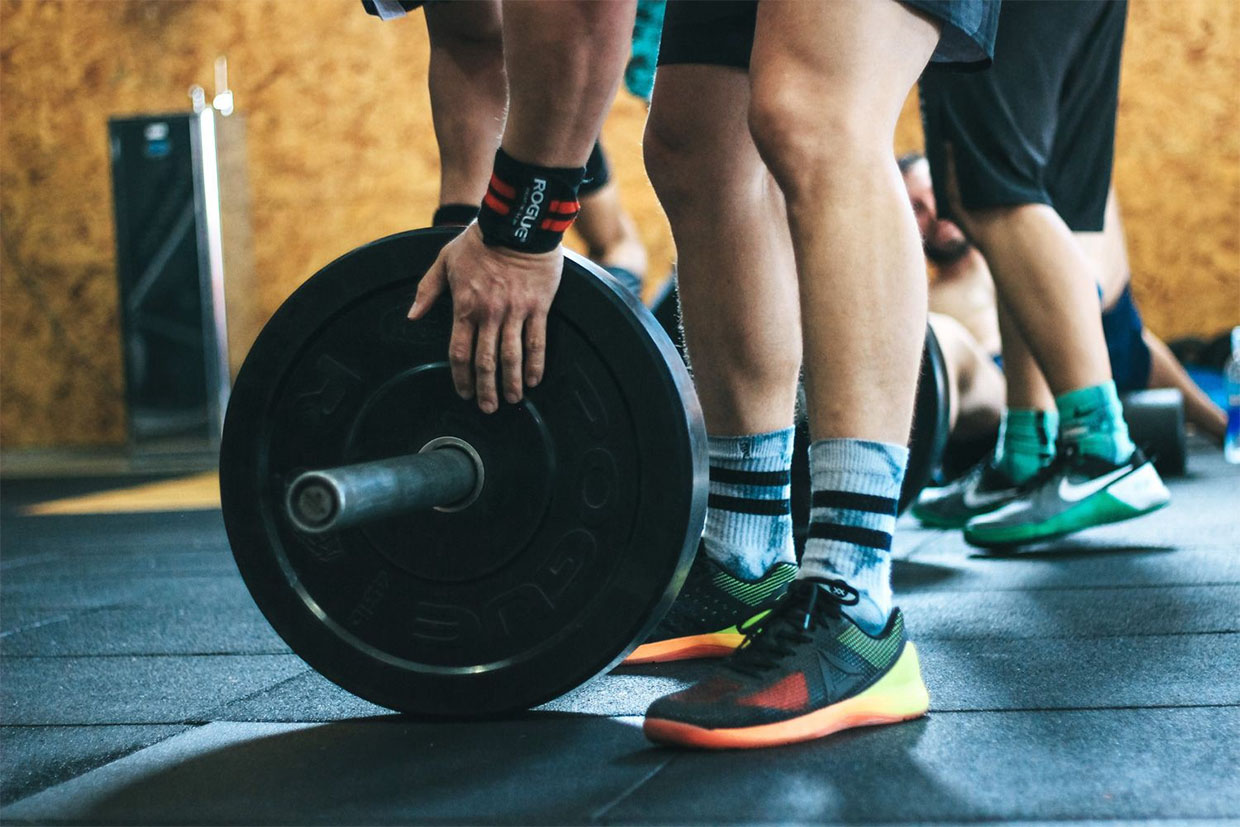 When you combine grit with predictable routines, there’s almost nothing you can’t achieve. It’s a powerful formula for success.
But grit (or determination) is also a mindset.
I meet so many early-stage entrepreneurs who are fired up about their ideas. They’re hungry for success. They believe that investors will soon be lining up to fund their startup and fortune is just around the corner.
Six months later, most have already quit. They don’t have the endurance it takes to continue.
And to be clear, I’m not advocating the 24/7-hustle or wake-up-and-grind mentality. I believe in creating a great business and an incredible life.
If you truly want to succeed, however, you can’t give up when the road gets a little rocky. That’s when you need to get strategic, find smarter ways to solve your problems, and take even better care of your body and mind.

Get ready to meet resistance

Author Steven Pressfield often writes about “resistance,” which is a myriad of mental and emotional forces that can prevent us from doing the work and achieving our dreams.
As Pressfield explains:
“Resistance (self-sabotage, procrastination, fear, arrogance, self-doubt) is inside you. No one inflicts it on you from outside. You bring it with you from birth.”
I feel resistance anytime I shy away from success, failure or change, even in small ways. I imagine you’ve felt it, too. Humans are practically hardwired to avoid change — especially once we’re comfortable.
We don’t want to leave our safe, warm caves and head out to hunt the lions (whatever they might be).
If you’re a founder, entrepreneur, or creative, you’re probably familiar with resistance. After all, you’re building something from scratch. Just picking up a paintbrush or pursuing an idea is a leap of faith.
Starting takes grit. It’s natural to hesitate, but you must push through the fear. It’s the only way to see just how much you’re capable of achieving.
Even if you conquer the initial resistance, it can show up again in sly and surprising ways.
For example, both the entrepreneurs I mentor and my employees often balk when it’s time to release a new product or version. They obsess over tiny details. They want everything to be perfect.
But, it’s not perfect — and it never will be — so you have to get it out there. Releasing is the only way to see the holes and to start developing solutions.

Remember, that you can always release to a small number of people: a tiny test group or a few trusted advisors.
So, whether you’re worried about success, failure, change, perfection or criticism, feel the blocks and move forward anyway. Don’t stop halfway.
Grit means tuning out those nagging voices in your mind and taking action in spite of them.

Cultivate a mindset of growth

In her book, Mindset: The New Psychology of Success, Stanford psychologist Carol Dweck says our self-perception can dramatically affect almost every aspect of our lives.
When we assume that our character, abilities, intelligence, and skills, are static, that’s a “fixed mindset.” Therefore, in order to be seen as smart or competent, we have to pursue success and avoid failure at all costs.
In contrast, a “growth mindset” welcomes change. We accept new challenges and see failure or setbacks as a way to keep learning and stretching. As Dweck writes:
“The growth mindset is based on the belief that your basic qualities are things you can cultivate through your efforts. Although people may differ in every which way — in their initial talents and aptitudes, interests, or temperaments — everyone can change and grow through application and experience.” 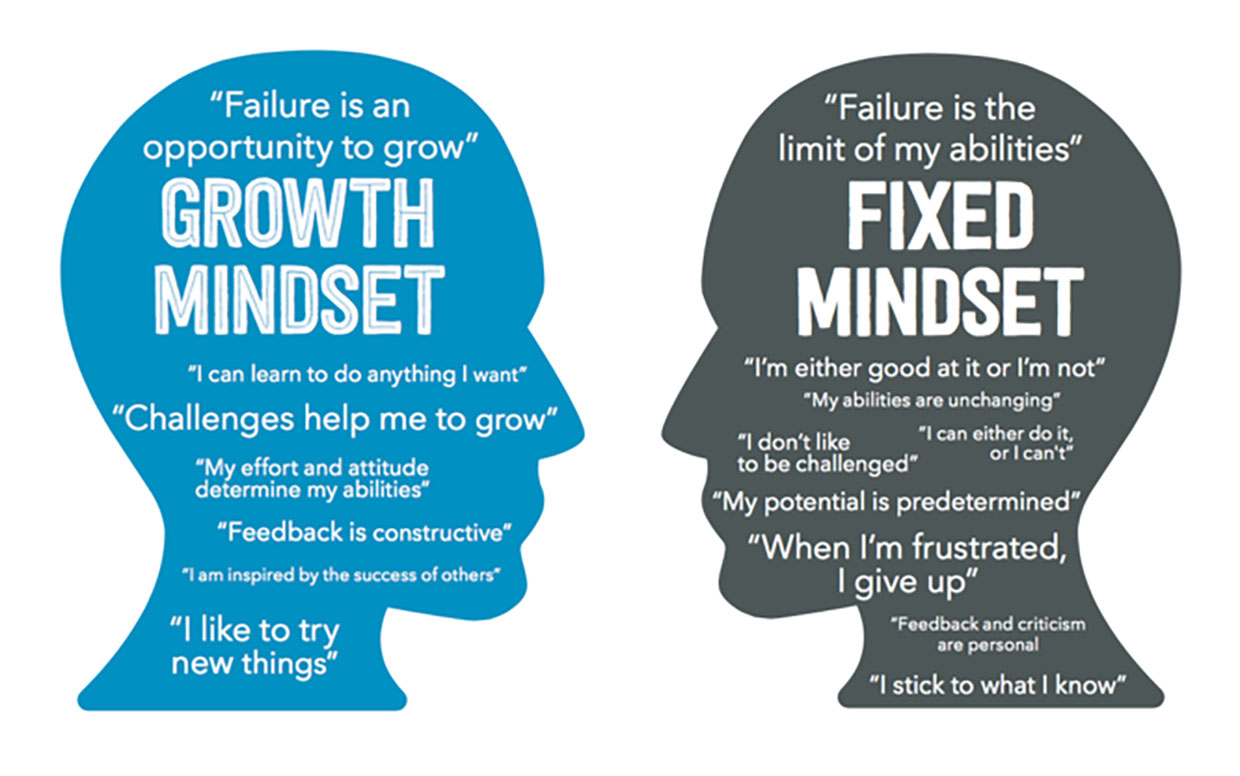 Image credit
Last week, I was out for lunch with a new employee. Partway through our conversation, he told me, “you’re a great manager.”
I could have thanked him and finished my sandwich, but I said, “no, I’m definitely still learning. I know I’m not terrible, but I still have a long way to go.”
I could see the surprise on his face.
My goal wasn’t to appear humble or to deflect a generous compliment. I really meant what I said.
If you have a fixed mindset, you’re stuck. I want to be someone who continues to grow and learn and improve, so I’m comfortable being vulnerable. As the CEO, I’m happy to show my cracks and shortcomings.
A business should also have a growth mindset. At JotForm, we never accept that we’re the best, or we know it all. In many ways, I feel like we’re still starting out.
And even when we work hard to improve one part of the product, that means something else will be waiting for our attention. There’s always so much to learn.
A guide to developing grit
We all want to feel mentally strong and develop grit that can serve us in life and in work. So, let’s review what it takes: