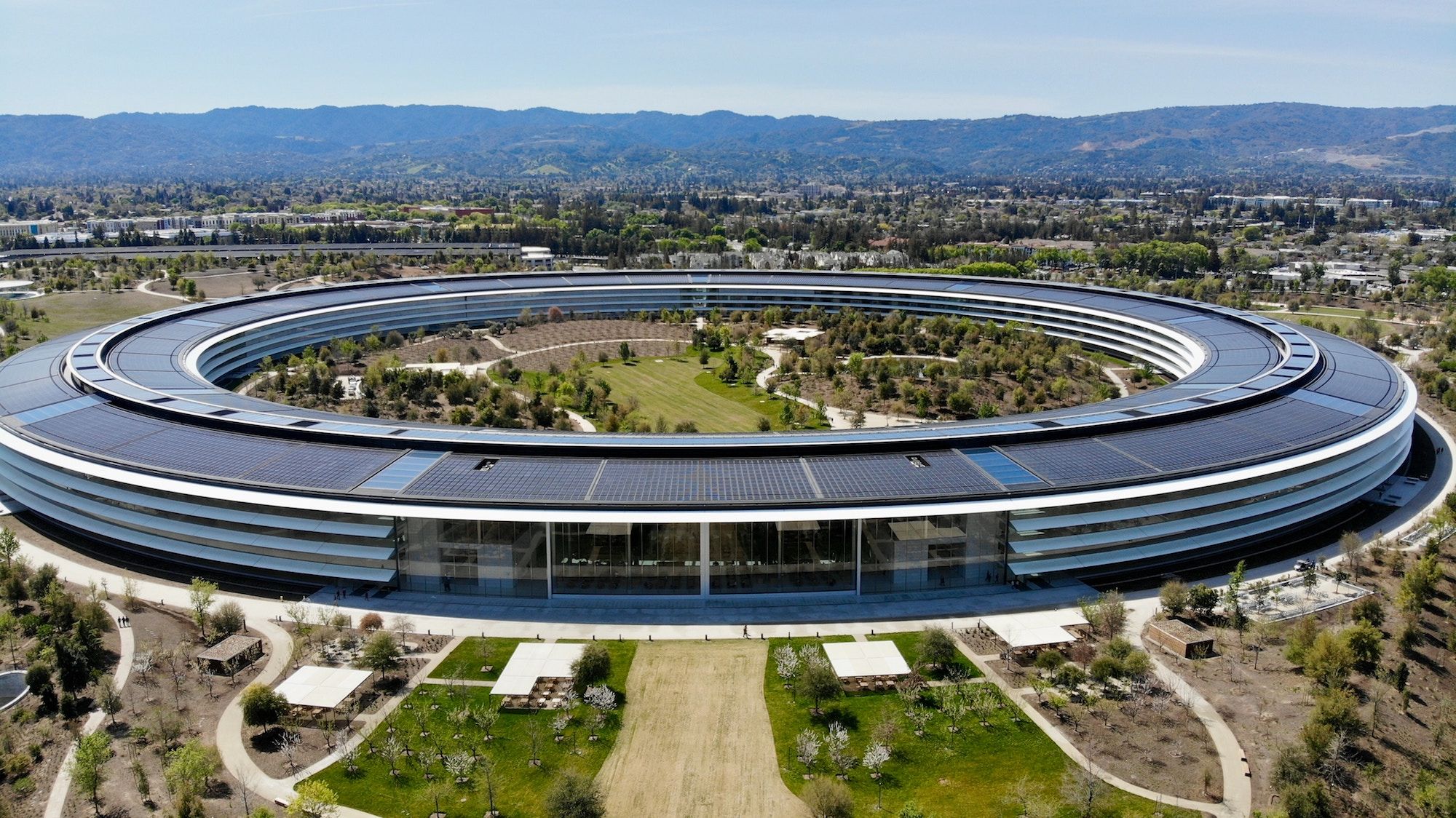 Why the world fell out of love with Silicon Valley

If this were a movie, Silicon Valley would start out as one of the Good Guys.

A noble exception in a world of big bad corporations, tolerating capitalism for the greater good of humanity. Making trillions, yes — but only to make the world a better place.

Silicon Valley was the cooler, better-looking, more humane alternative to banks and multinationals. The Robin Hood of business; the darling of the elite, the media, and digital natives.

The public rooted for big technology firms, and to oppose their slight slipperiness or disregard for privacy was to resist progress.

Once, tech companies consistently dominated lists of the world’s most admired brands, and why shouldn’t they? There was so much to admire.

They stood for openness, innovation, and creativity. They converted likes, clicks, and scrolls into political correctness.

At the height of its popularity, Silicon Valley epitomized the American Dream: anyone with a garage, a brilliant idea and a ton of determination could make it big.

How times have changed

The humble, bright-eyed entrepreneurs who solved real-world problems are now largely addressing the ‘my-world’ problems of their 1% universe (like ‘smart’ corner shops).

Less than 5% of ideas that receive funding come from women, and African-Americans and Latinos receive less than 1% of all venture funding.

And although their founders position themselves as generous philanthropists, the market value of Google and Facebook is greater than that of all the charities on earth combined — and major corporations like Microsoft stash profits in offshore tax shelters.

No wonder there has been a backlash. These days, it’s almost impossible to open a newspaper without an article lamenting the need to regulate big tech, or mocking tone-deaf blunders like Bodega.

There was Theranos, the $700 million blood-testing company that never produced any actual results. Zenefits, the human resources company whose employees cheated their way through training. Juicero, whose $400 juicer proved no more efficient than human hands.

Today, Silicon Valley can look as corrupt and greedy as the business world it tried so hard to distance itself from.

“Easy for him to say,” you might be thinking. “He never even had the chance to go to Silicon Valley.”

Well, no. And that’s exactly the problem. My company, Jotform, relocated to my home country, Turkey, early in the startup process. I bootstrapped my way to 4.3 million users, without taking a dime in outside funding. We started with a small engineering team in Ankara, and I didn’t open our first San Francisco office until Jotform was thriving.

It took years to open our second office in of the world’s most expensive real estate markets. Today, the garages that birthed Apple and Google cost millions of dollars to rent.

But I’m not criticizing; I’m lamenting. Silicon Valley, an international treasure that birthed the technologies of our age, is slowly but surely digging its own grave.

The Good Guy’s reputation is firmly in tatters. So what, exactly, has gone wrong?

If this were a movie, the trailer would pop up on Facebook through targeted advertising.

In 2016, Silicon Valley’s best-kept secret was unveiled: the data we generate by using digital platforms has a higher economic value than the value of the services themselves. As one technology fan on Google+ remarked:

“We’re spending $1,000 to carry a device designed to harvest data about us for other people to profit from.”

Surrendering our privacy to Mark Zuckerberg (to help him rid the world of problems his company created in the first place) makes less and less sense.

The issue is out in the public domain, but the lack of transparency continues. We’ve signed the GDPR forms, but we’re no closer to understanding the algorithms that extract value from our data. The only difference now is we know the extent of the problem.

Or do we? The data manipulation offenses Silicon Valley commits every day are so widespread we barely even notice them anymore: push notifications, suggested connections, people who bought this, recommended friends, films and products.

“Humanity connected by technology on the web is functioning in a dystopian way. We have online abuse, prejudice, bias, polarisation, fake news, there are lots of ways in which it is broken. This is a contract to make the web one which serves humanity, science, knowledge, and democracy.”

But is it too little too late?

If this were a movie, the director would steal our ticket money.

I’ve written before that the ‘fearless entrepreneur’ is a dangerous myth — but that doesn’t stop it from spreading.

The more money an industry makes, the more people flock to exploit it. That’s one thing when the fraudsters are the outliers; it’s another when they are the founders themselves.

In 2019, 309 private companies have ‘unicorn status’ of $1 billion or more. That’s because staying private allows companies to leverage hundreds of legal loopholes. Sometimes it works; other times, it doesn’t.

“The whole ‘fake it till you make it,’ ‘move fast and break things’ attitude — all those sorts of battle cries are misinterpreted by some folks into making things up,” says Jakub Kostecki, founder of StartupFactCheck, a consultancy that helps investors conduct due diligence on startups. According to Kostecki, three-quarters of the early-stage startups they investigated have given investors inaccurate or misleading information.

This could include anything from identifying people using a free trial as ‘customers’ to providing inflated numbers.

When it’s still just a ‘big idea,’ it’s easy to equate startups pushing ethical boundaries with pushing creative boundaries. The numbers will be brought back to earth before a company gets serious, right? But when a company’s valuation can skyrocket to billions in a matter of days, it’s serious from the very beginning.

Growing fast is the goal, and it doesn’t matter how that growth comes about — as long as it does.

“Startups are desperate,” says Sean Ellis, CEO of collaboration software startup GrowthHackers. “[Mature] companies aren’t going to die if they don’t figure out how to accelerate growth. Most startups will die, and when you’re desperate, you’ll do stupid things.”

So, inexperienced people are given millions of dollars and encouraged to break the rules. Sparkly unicorn talk of billion-dollar projections overrides boring business models, revenue, and profits.

While some startups are transparent with their investors, many companies have enough leverage to keep unsightly figures under wraps. And when the truth becomes optional, it’s often a sign of an economic bubble about to burst.

If this were a movie, the cast would be comprised of 90% white males.

Silicon Valley’s leaders emerge from a narrow group of universities, companies, and socio-economic classes. These powerful white men decide who gets promoted and who gets funded. Unsurprisingly, ideas that come from people who aren’t like them are overlooked.

This ‘sameness’ magnifies gender, racial and geographic divides. And financial privilege skews power dynamics to create an industry where 60% of women report that they have been sexually harassed.

In her exposé ‘Brotopia’, Emily Chang exposes the deep-rooted sexism that prevails in a universe where men make all the rules. While women are outnumbered and dismissed, investors take meetings in hot tubs and network at strip clubs.

Chang explains that the famously experimental mentality of the valley also extends to drug-fueled sex parties, where wealthy founders expect casual access to women on the basis of their tech world status:

“For many women who describe it, however, it’s a new immaturity — sexist behavior dressed up with a lot of highfalutin talk — that reinforces traditional power structures, demeans women, and boosts some of the biggest male egos in history.”

From Travis Kalanick’s routine sexual harassment at Uber to the Sequoia partner who said the firm “won’t lower their standards” just to hire women, the examples are too legion to count. Happily, companies like Intel and Facebook are working to address implicit bias in the future; after all, inclusive workplaces have a potential of $470B of revenue uplift.

But in the meantime, it’s still cases like that of James Damore — who claimed that it was wrong for Google (a company with 80% of its technical roles held by men) to be pursuing diversity — that set the tone.

If this were a movie, it would be the only film in the cinema.

In his book Zero to One, Peter Thiel writes, “Competition is for losers. Be a monopoly.”

Sadly, that philosophy has become a reality in Silicon Valley. Over the past 15 years, Goliaths have crushed all the Davids one by one. Former trailblazers have changed sides, shutting out or buying the competition.

Venture is high risk, high reward. To minimize this risk, VCs place high-stake fingers in multiple pies. Only one of them needs to be a grand slam. The financial blows from the losers are dismissed like Monopoly money. As I’ve written before, Silicon Valley is famous for celebrating failure.

If a startup is raising money, they’re often asked, “What’s your exit strategy?” In other words, who is going to acquire you?

Anti-trust has been scrapped. And the Big Tech Five monopoly continues to gain traction, meaning there is less to invent.

As I’ve written before:

As their monopoly grows, I’d argue that innovation is dwindling… Openness and added value are being sacrificed at the altar of revenue and market share.

As Matt Stoller concluded, these days “innovation means waiting to see if Apple will offer a bigger screen.”

Is it time to move on?

In 2017, San Francisco lost more residents than any other city in the U.S. And a recent survey found that 49% of Bay Area residents, and 58% of millennials, were considering making the move.

Why pay exorbitant prices when opportunities can be found elsewhere?

And while 75% of all venture capital is poured into the Valley, New York, and Boston, investment is moving into new planes, too.

Because when you invest in Silicon Valley,

That’s why AOL founder Steve Case has amassed a $150 million fund called “Rise of the Rest”, claiming “we’ve probably hit peak Silicon Valley.” Backed by Jeff Bezos of Amazon and Eric Schmidt of Alphabet, the fund will invest in startups throughout lesser-known cities.

Innovation, technology, and entrepreneurship aren’t location-specific. But somehow, women, people of color and those without six-figure salaries have been shut out of the greatest wealth creation in the history of time.

If this were a movie, the credits would be rolling on Silicon Valley. I just hope they can change their ways before it’s too late.