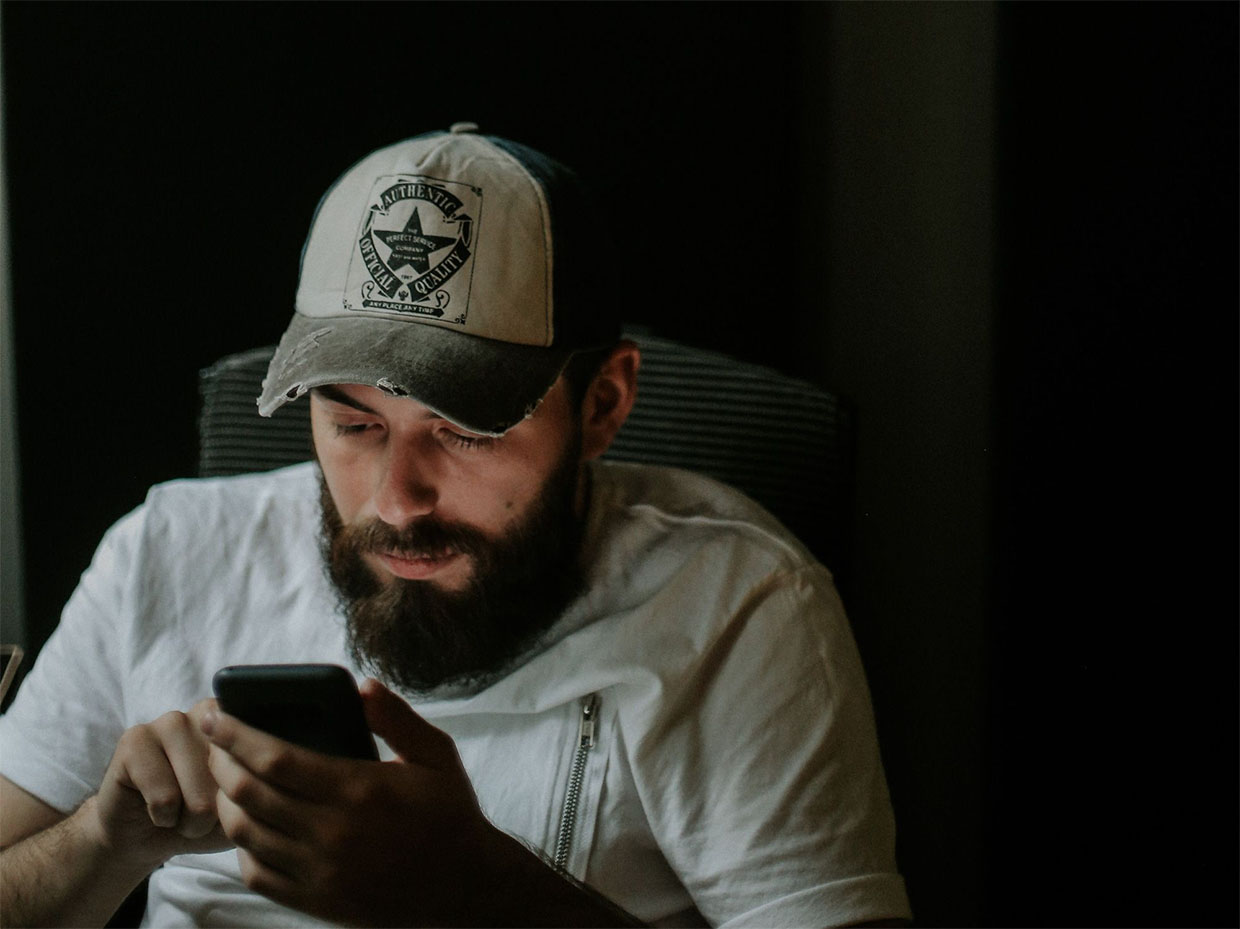 When Jason Fried, the founder & CEO of Basecamp, stepped on stage to give his talk at the Lean Startup conference, he kicked things off by asking the crowd a very interesting question:

“Who here can remember having 4 continuous hours to themselves at work anytime in the last 5 years?”

The response? Mostly crickets. Of the 600+ entrepreneurs present at the talk, only 30-ish of them raised their hands.

That’s right, roughly 95% of some of the world’s most ambitious individuals were unable to carve out just a four hour window in half a decade.

The distractions hindering productivity in our busy work environments aren’t only those chatty coworkers, shoulder tappings, coffee breaks and a never ending stream of meetings, though.

Technology is hijacking your mind more than…

You meet up with an old friend to “catch up” — but the only thing the two of you actually “catch up” on are your WhatsApp messages.

You sit down to finally read that book everyone seems to be talking about — but you get two pages in and then end up spending an hour on your Instagram feed.

You, myself and the 600+ folks I just mentioned are struggling from an epidemic.

Time and time again, we set out with good intentions to share warm conversations with the people we care about, absorb new knowledge on a valuable unexplored topic or do work that could impact the world… but our focus is quickly stolen by the little screen sitting somewhere within arms reach.

Studies found that Americans spend over 4 hours a day on their smartphones.

This is a lot, considering that over the course of an entire year our smartphone usage adds up to 60+ days of screen staring, thumb scrolling mindlessness.

But, what is perhaps even more bothersome is that our smartphones are starting to take a toll on us even when we aren’t using them…

Smartphones can still bite, even when they’re face down.

The verdict has been out for a while — smartphones can negatively impact performance — but what most people aren’t aware of is that they can negatively affect us even when we aren’t operating them.

A recent study carried out by a handful of marketing professors and behavior specialists found that smartphones can impact cognitive capacity even when they’re merely present — within arms reach.

The groups were then asked to silence their phones and either place them face down in front of them, stow them in their pockets or keep them in a completely separate room.

The results? Well, they were staggering.

The researchers found that individuals completed the tasks significantly better when their phones were in a separate room as opposed to being in their pockets or even on their desks facedown.

The differences in performance weren’t just subtle but significant. Individuals with phones on their desks had similar cognitive impairment as someone who was lacking sleep.

Now, you might be wondering — how are our smartphones distracting us even when we can’t actually hear them singing or see them flashing?

The answer is complicated and one that fuses both addiction with simple human nature. But, to explain, let’s look to our furry ropey-tailed friends.

No rats were harmed in the writing of this article.

Nearly a century ago, the psychologist B. F. Skinner conducted a rather cruel experiment where he created a small chamber called the Skinner Box.

In the box, a rat was placed, and given the option to press lever one (which delivered food or water) or lever two (which delivered a painful foot shock). Skinner found that rats would quickly learn to press the food/water lever and avoid the shock lever.

Two decades later, two psychologist made a slight modification to Skinner’s experiment, replacing the shock lever with a pleasure lever that delivered a stimulation to the rat’s brain, which in turn delivered dopamine.

The findings? The rats would forgo water and food for the dopamine lever — hitting it as many as 7,000 times an hour to stimulate their brains.

Now, I’m not comparing humans to rats… but I’m also not not comparing us to rats. And, I’m not the only one to notice this correlation, some experts believe dopamine has us hooked on tech.

In addition to the small shots of dopamine we receive every time we open a notification… human nature also plays a role.

Research in cognitive psychology shows that we tend to pay attention to things that are relevant to us out of habit, even when we are focused on another task.

One prime example of this is when you are in a deep conversation with someone and hear your name across the room — while you were focused on the conversation your name still gets your attention — it’s habitual.

This is becoming the norm with smartphones. As they have become a habit and regular routine of our day, we are paying attention to them even when they aren’t going ballistic in our pockets… even when we are focused on a completely different task than the smartphone itself.

Hence, the infamous “phantom buzz” we’ve all experienced — our legs buzz even when our phone doesn’t.

But, enough about how addicted we are to our smartphones and how our human nature has dealt us a bad hand… let’s discuss how we can retake the focus that our smartphones have stolen.

How do you destroy a time leech…?

When you think of a big nasty slimy leech that crawls its way up on your leg while swimming in a creek, your first reaction is to rip it off and run screaming. But, to remove a leech you must be patient and cover it in salt.

This would be the same recommendation I would make for removing your smartphone from your life and work.

I remember how important both patience and resilience was for me when I was first attempting to schedule uninterrupted work times into my day at Jotform.

My initial goal was to carve out two hours every single morning that would be free of meetings, emails, notifications and smartphones. But I quickly realized how difficult it was to step away from the constantly connected world I had grown so used to.

For the first few months, I was anything but successful.

Some days, I would get just fifteen minutes into my uninterrupted work sessions before my attention was stolen away by my smartphone.

But, I stayed patient and remained resilient and now these two hour breaks feel more like a mini vacation versus tech withdrawals.

So, don’t go cold turkey tomorrow and throw your smartphone out the window. But, instead challenge yourself to leave it in the other room for an hour. From there, work your way up to two hours and so on.

If you work a 9–5, I would go as far as to say that it wouldn’t be a bad idea to leave your smartphone out in your car and only allow yourself to check it during lunch and then again after work.

As you spend more and more time away from your phone, what you will find is that your focus sharpens, your quality of work improves drastically and your creativity runs wild.

Ancient philosophers like Kierkegaard even mused that boredom was a prequel to creation, “The gods were bored; therefore they created human beings.”

Gods or not, the belief in boredom has been widely embraced by top performing writers like Neil Gaiman, who claim that the key to writing good fiction is allowing yourself to get really bored.

This means keeping the phone out of reach and… out of sight.