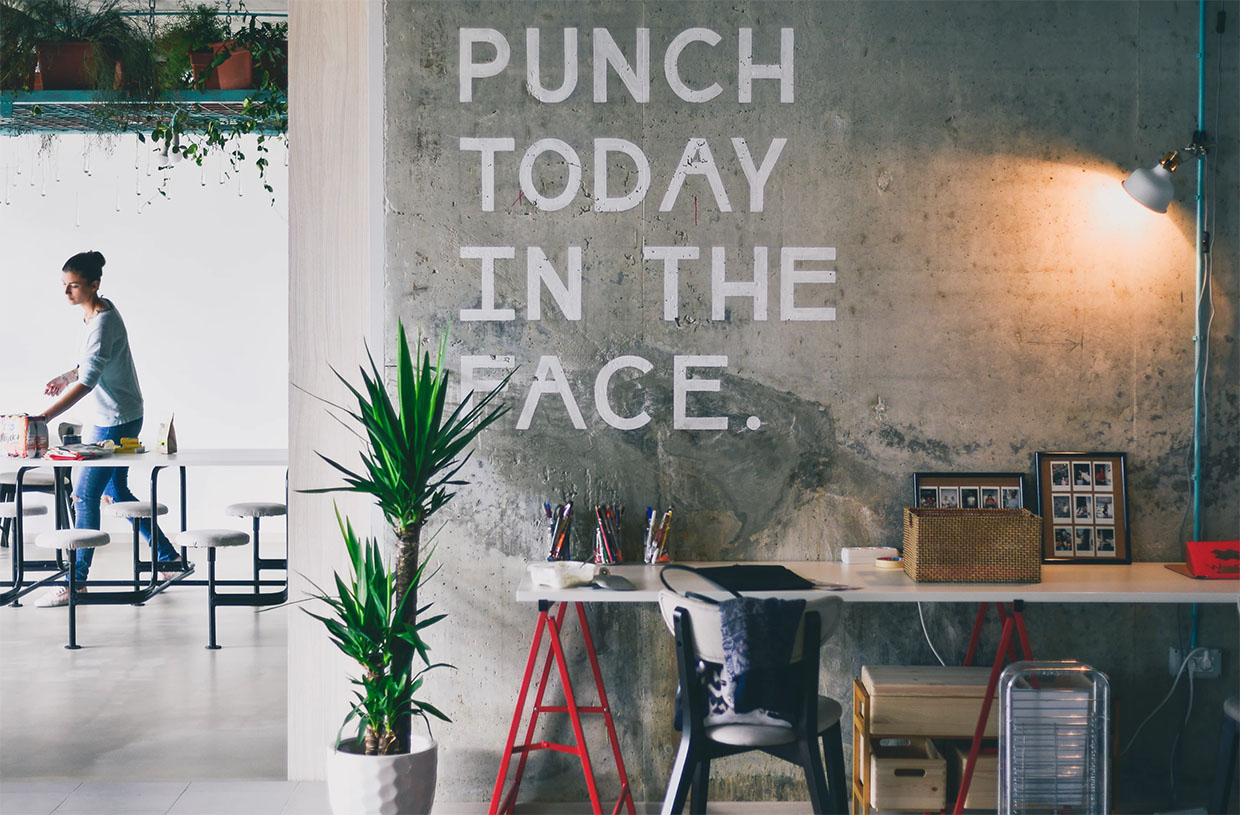 Motivation is a myth

Exciting goals. I’ve set quite a few of them in my time.

I’m strong on good intentions. I love the bubble of enthusiasm that comes with carving out a new goal-post.

I’m never short on motivation, either: the kind that generates 100 carat determination. I’ve always known why I want to achieve a certain goal.
And for ages, I thought these qualities were all I needed.

Because at some point, some thing, would get in the way. Life, usually.

I would begin to encounter resistance. Valid reasons for ignoring my goal would emerge.

Eventually I would kind of… forget. Somewhere along the way, my motivation and determination had lost their oomph, and quietly slinked away.

And whenever that happened, I would think I was the problem. That I didn’t have enough willpower or discipline to be as productive as I wanted.

But over the years, I’ve realized: motivation, with all its glamorous connotations and promises of success, isn’t the answer. It’s a jumping off point — but it can only take you so far. The rest? It comes from taking small steps.

The truth about motivation

These words are tossed around as the secret ingredients to success.
Their appeal is obvious, and irresistible: we’re told they will guide us down a miraculous path to success. They fuel movie scripts and song lyrics.
I want to tear down the illusion that motivation is the number one factor to success.

To start something new, we have to have a degree of motivation anyway. And working on something when we already feel motivated is easy; we’re just revving the engine.

That’s because motivation is associated with feelings like excitement, ambition and pride. The fun stuff. It correlates directly with our shiny end goal, and how satisfied we’re going to feel when we get there.

Visualizing our end result — rubbing shoulders with locals in South America while you crack jokes in fluent Spanish — is easy. Living the reality — missing birthdays for evening language classes, poring over dull grammar books after a long day at work — is harder.

What about the days (and there are many) when passion, motivation and inspiration are nowhere to be seen? In our heroes’ autobiographies, this part doesn’t make the cut: we just see the highlights and the happy ending.

But there’s a long stretch in the middle that people don’t talk about: routine, repetition, deliberately putting yourself in a rut, doing the same thing, day in, day out, for weeks, months and years.

And yet, we’re led to believe that the most successful people are the most passionate ones. That disillusionment doesn’t happen to them, and that they wake up every morning ready to change the world.

But there’s no magic pill that some have and others don’t. What sets the most successful in their field apart is their willingness to tolerate the mundanity that comes with years of habit-building, repetition and routine. Quietly working away, every day. Even when they’re not seeing results, even when they can’t be bothered, even when they want to quit.

The internet is littered with articles promising to lead us to ‘insane productivity’.

We can be 1000 x more productive: we just need to read this book, utilize this new strategy, download this new app.

I disagree. Productivity isn’t something that can be hacked overnight: our brains naturally have on and off days, for reasons beyond our control or reasoning. There’s no silver bullet for that.

But I believe the key to better long-term productivity is the same as it was 100 years ago. It’s so simple: building good habits.

Plenty of research has been done on the all-powerful force of good habits on our behaviour. But how do we start forming those good habits in the first place?

Let’s talk about the gym for a moment.

I’m strongly motivated to keep fit. I love exercising… But I don’t love the gym. I resent the slog, the boredom, and my own resistance towards going.
At some point , I found myself in a familiar (yet vicious) cycle that went something like this: postpone, feel guilty. Postpone, feel guiltier. Crack. Get to the gym, overwork myself, hate it.

And so on. I beat myself up, yet I didn’t make significant progress.

Then one day, my wife convinced me to go to a class instead. The only difference? I had to sign up in advance, and cancel if I wasn’t going to show up.

I went. I enjoyed it. I went again the next day. And again, two days later.

It wasn’t ambitious. But by committing myself to a time — and a place — in writing, something shifted. There was no ‘should I? Shouldn’t I?’ decision to be made, and with its removal went the guilt and pressure I’d previously felt.

I began to feel fitter, so I had more fun working out. I felt better, so I began to eat better. Just by writing my intentions down in a deliberate way, I entered myself into an upwards spiral. A good habit was beginning to form.

And I’m not the only one. Over 100 separate studies in a wide range of experimental situations have come to the same conclusion: people who explicitly state when and where their new behaviors are going to happen are much more likely to carry them out.

I began applying this principle to other areas of my life; beyond business meetings and personal events that were already in my calendar. ‘Little’ things that I wanted to do but often flaked on.

I found the physical process of writing something down — time, place, event — meant it always ended up happening.

‘Try and read more’ became ‘read one article at my desk at 1pm every day’.

‘Catch up with old college friends’ became ‘host a dinner on the 7th of September’.

It’s not about invading your diary with rigorous planning. It’s about anchoring your intentions, transforming them from something transparent into something concrete.

So, start by writing it down. Literally pick up a pen and write it down. Then, all you need to do is show up.

How small changes pave the road to productivity

Just show up. It doesn’t sound like much. But it is. And it’s harder than it seems.

Take the tech world. Many entrepreneurs want to build the next Facebook or Amazon. But not all of them are willing to show up and put the work in every single day for a decade.

Building my company, JotForm, took 12 years and counting. Was I motivated to show up in the office every single day of those 12 years? Not at all.

When we have even the slightest resistance towards doing something, our brain will capitalize on this resistance and present us with reasons why we shouldn’t do it.

Last minute plans, meetings, early mornings, late starts. Too cold to leave the house. Too warm and sunny to stay inside. The list goes on and on.
We can end up convincing ourselves that not showing up is actually the responsible thing to do. So it’s important to learn to recognize that instinct, silence that voice, grit your teeth and show up — no matter what.

By physically taking yourself where you need to be — the class, the gym, the office — you’ve got the hard part out the way.

“It’s simple, I just kept showing up.
I woke up at 5 A.M. every morning.
I grumbled and dragged myself out of bed like anyone else would.
I plopped myself in front of the computer and I just showed up.
There were times where I was in front of the computer and just started writing ‘crap crap crap…’ over and over again, but it’s because I kept showing up I was able to produce Braveheart.”

In the early days of building JotForm, I had a ‘real job’ alongside. I’d wake up at 6 am, answer customer questions, and then go to work.

I’ll be honest; when that alarm went off every morning, I sometimes wanted to throw it at the wall. But I kept trying to improve my product. Showing up (again, and again) creates a routine, which in turn consolidates into habit. It stops being a big deal. There’s no decision to be agonize over. It’s simple.

But it feels wrong

So you show up. You keep showing up. But it feels messy and wrong. The rewards aren’t proportionate to the amount of effort you put in.

I don’t know about you, but I often cling to the idea of the polished, final result. The lead up, the daily grind, the mistakes, can feel painful and unpalatable.

But by obsessing over the end goal — that edited essay, that flawless UX, the point with no more mistakes — we can become paralysed.

If it’s not ‘good’ yet, it doesn’t deserve regular time. You start to resent it. The journey towards your goal becomes fragmented and jerky. Eventually, you scrap it altogether.

On the other hand, the physical act of showing up and knuckling down — even if you feel no progress has been made — is enough.

That’s the beauty: just getting on with it. No more, no less. It all adds up to practice. And practice is the point. With every inch, you’re growing.

In other words: relax. You are going to get it wrong. It’s not just inevitable but necessary, because mistakes and hiccups eventually lead to brilliant results. Starting is easy. Continuing is the hard part. But with every day that you show up, you make tomorrow a little bit easier.

There’s a quiet magic at work when you commit to small, regular steps in the right direction. The act that becomes a habit becomes an advantage.

Making slightly better decisions every day is easy to dismiss. But when each small drop feeds the next, something huge is happening slowly. Daily commitment to small changes creates a cycle of continuous incremental improvement.

Scientists refer to this effect as “accumulative advantage.” What begins as a tiny gain gets bigger over time.

It’s a principle that applies to business, too.

James Clear explains: “The 1 Percent Rule states that over time the majority of the rewards in a given field will accumulate to the people, teams, and organizations that maintain a 1 percent advantage over the alternatives.
You don’t need to be twice as good to get twice the results. You just need to be slightly better.” Small differences in performance bring compound returns when repeated over time.

So, here’s how I see it. You can walk a flat road till you get to a big hump. Or, you can embark on a gradual incline that seems barely noticeable.

And time and again, I find that I get to my destination faster (and in better shape) when I decline the hump and take the gentle rise instead.

Progress, and success, is often more unassuming than you realize.

You don’t need more information. You don’t need a complex strategy. You need to write it down, show up, and keep making small improvements.