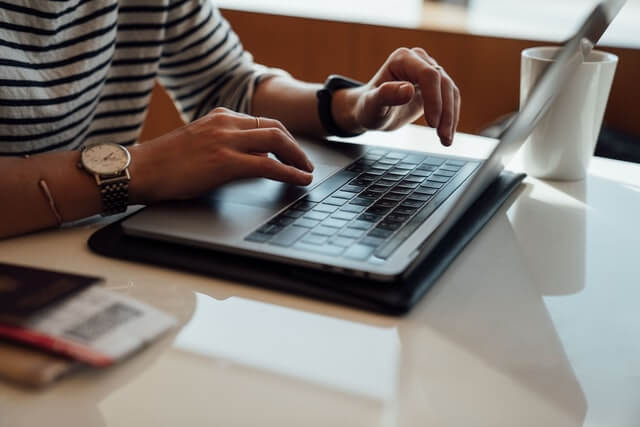 Much to the disappointment of many of its fans, Caldera Forms is going the way of the dodo. Those who aren’t fans will probably respond to Caldera’s demise with a half-hearted shrug.

Whether you love Caldera or not, the face of WordPress form plug-ins is changing. Caldera Forms is migrating over to Ninja Forms.

If you’re a Caldera Forms subscriber, you may want to know what features you’ll be gaining and which ones you can kiss goodbye. If you’re someone who’s still trying to make a decision as to which form add-on is best, we’re also going to be looking at Jotform as a possible replacement.

What Caldera Forms has offered

Caldera Forms has a massive offering of features in its framework. There’s very little you can’t do with it.

Caldera Forms has provided numerous layout tools and custom CSS styling to give forms an incredibly sharp look. It also has all of the basic form elements you’d expect. That includes single and multiline text, as well as checkboxes, date pickers, and more. It also has more advanced elements, like file upload capability and calculations.

Caldera Forms features multiple email integrations and a handful of payment gateways, like PayPal and Stripe, and offers spam protection by way of plug-ins. In addition, it has a robust selection of integrations. It plays nicely with Zapier, Slack, Google Analytics, and others. There’s also conditional form logic and an API.

That’s an impressive list of features, but every single one of those features is available from Jotform. Even if you dig into the full list of features, you’ll still find that Jotform provides almost everything available in Caldera. The only exceptions are programmer-oriented features.

But Jotform doesn’t need those features because it protects you from the “close-to-the-metal” workarounds less-developed applications need.

What Ninja Forms has to offer

Ninja Forms is another powerhouse of a form tool. It offers a set of top-level features that are very similar to Caldera’s. The feature set is similar enough that it’s not worth breaking down the details. Instead, let’s take a look at the plug-in’s DNA.

In 2019, Ninja Forms’s parent company, Saturday Drive, bought out Caldera. Despite the similarities in the two plug-ins, Saturday Drive felt there was enough difference in the two tools that they could both survive under the same umbrella.

The most obvious difference between the two tools is that Caldera Forms focuses strongly on being developer-friendly. In fact, calling Caldera “less developed” in the previous section because of the “close-to-the-metal” features offered may have been a bit unfair.

Those features have allowed developers to create a highly customized form experience that meshes well with more sophisticated apps. Users are going to lose a lot of that developer friendliness with the transition to Ninja Forms.

But the biggest drawback to migrating to Ninja Forms is the pricing. Many of the features Caldera Forms users have come to rely on will be locked away in a higher pricing tier with Ninja Forms. And some of the integrations will disappear altogether, like Google Analytics, PayPal Pro, and geolocation.

More desirable integrations like payment processing, analytics, and Slack notifications are only available at the highest payment tiers or a la carte. It’s a little unfair to charge people for things that don’t cost Ninja Forms more money.

Jotform, on the other hand, offers all of the features, integrations, and benefits that Caldera Forms provides in its free tier. That includes file uploads, conditional logic, and design options. In fact, the only time you have to pay more for Jotform is when your needs grow. If you need more forms, submissions, or storage, for example, that takes more space on our servers. That’s how we set our price points.

Look outside of the WordPress ecosystem

WordPress users tend to think in terms of WordPress tools. And that makes sense. WordPress add-ons are built with WordPress usage in mind.

That’s because individuals or small teams build most WordPress plug-ins in their spare time. Or they’re a project of a parent company. And we’ve seen how often even Google’s projects get shut down.

WordPress plug-in developers often outsource for extra help. On the other hand, Jotform, which has been around since 2006, isn’t going anywhere. Jotform provides every top-level feature that Caldera has provided, and developers have polished Jotform’s features to a sparkling shine over many years.

Jotform integrates beautifully with WordPress and with fewer headaches than most WordPress plug-ins. It might be a good idea to try looking outside of the WordPress microverse for your tools, especially when it comes to forms.

Lee Nathan
Lee Nathan is a personal development and productivity technology writer. He can be found at leenathan.com.

How to set up a group notification for form submissions

How to write forms so people will fill them

How to increase user engagement with online forms

The butterfly effect: how small changes make a huge difference

How to design a payment form your customers will actually complete

How to set an expiration date on a form

Reasons to create a step by step form with Jotform Cards

Required form fields and how to use them wisely

Use progress bar design to keep your customers coming back

What is forms management?

The best Forms On Fire alternatives

How to A/B Test Web Forms

Jotform vs Wufoo: Which is best?

Announcing Messenger and WhatsApp chat options for your forms

Add Loom videos to your forms with two new widgets

How to measure and decrease form abandonment

15 features to improve your form performance

How to Design an Award Winning Form

How to structure your online forms for success

How to build an online form that converts

How we doubled payment form conversion rates with our new design