A Brief Introduction to No-Code Chapter 7: What Democratizing Software Means 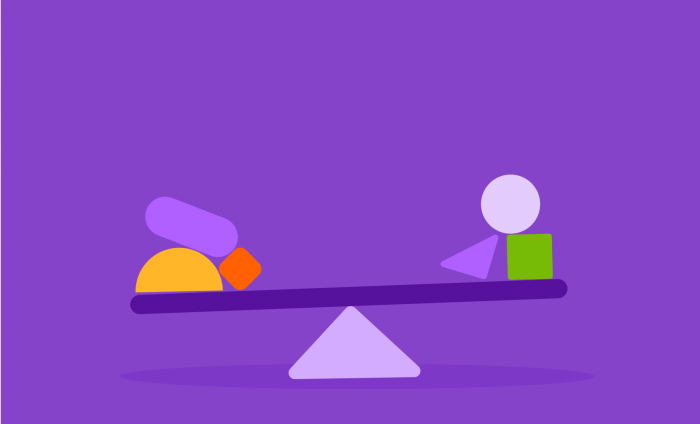 That’s what some of the first ever personal computers looked like back in the day.

Make no mistake, these were not meant for entertainment. You had your standard mouse and a text-only interface with no user-friendly drag-and-drop option.

Needless to say, these didn’t inspire much in terms of “creating.”

It wasn’t until 1984 that all of this was turned on its head with the release of “Mac” — a GUI-based computer that was deemed revolutionary in its time. In writing for Wired, Adam Powell explains they were “relatively inexpensive and fantastically easy to use.”

What made it so commercially successful?

For one, they made things effortless.

Mac’s attractive visual interface resulted in sales that skyrocketed, writes Powell. “Word processing was never easier,” he adds. “There was a shortage of software, but companies were eager to develop for the Mac, seeing its potential for widespread infiltration into the non-techie market.”

And not only that, Powell noted that “Programs like MacPaint, which contained the seminal elements of Photoshop, the king of modern graphics editing programs, turned an entire generation of artists on to the possibilities of digital art.”

Democratizing the personal computer, as the example above illustrates, meant disrupting the status quo. Suddenly, the average person had access like never before.

When inspired, an artist could simply switch on their machine and start creating.

This was revolutionary in itself. But it wasn’t just creatives who benefited from the Mac — it was everyone.

The same is now happening with the no-code movement; in lowering the knowledge barriers, it’s democratizing software.

People no longer have to rely on tech engineers to create the tools they need.

Of course, as I noted before, no-code products didn’t just appear overnight, they’ve been around for quite some time.

At JotForm, for instance, we’ve made it possible for people to customize their own forms with a click and point of their mouse. We give our users access to over 10,000 plus templates, so having to build from scratch is a painless activity.

simple tasks like creating a survey or collecting payment from a client isn’t something they have to subcontract out for help. They can do it themselves.

Back in 2013, there was a “learn to code” movement, but rather than empower, it required a person to invest significant amounts of time to do something simple such as create a flyer.

Now, with no-code gaining steam, people are beginning to realize they can take things into their own hands. A product like Canva, for example, allows you to design your own stunning graphics with their drag-and-drop feature.

The platform is free and easy to use, allowing for makers of all kinds to create posters or visually compelling presentations at a speed not seen before.

In the same way that the Mac came to revolutionize  the way we use personal computers — I believe we are witnessing that same watershed moment happen again with no-code software.

And never has that ease-of-use been more necessary than the present moment.

Over the course of this pandemic, my team and I have seen how this democratization has served countless communities. Healthcare workers, nonprofit organizations, first responders, and the government — have all used our products during this crisis.

We’ve received feedback that our latest tool, Tables, has been a helpful resource during this COVID-19 period, enabling users to easily share and retrieve data for a number of diverse programs and projects.

It’s something I’m proud to have collaborated on. To see something we worked on for the last three years contribute to the greater good — it’s an inexplicable feeling.

In democratizing software, no-code makes it so everyone can have the chance to build something that provides this same sense of meaning.