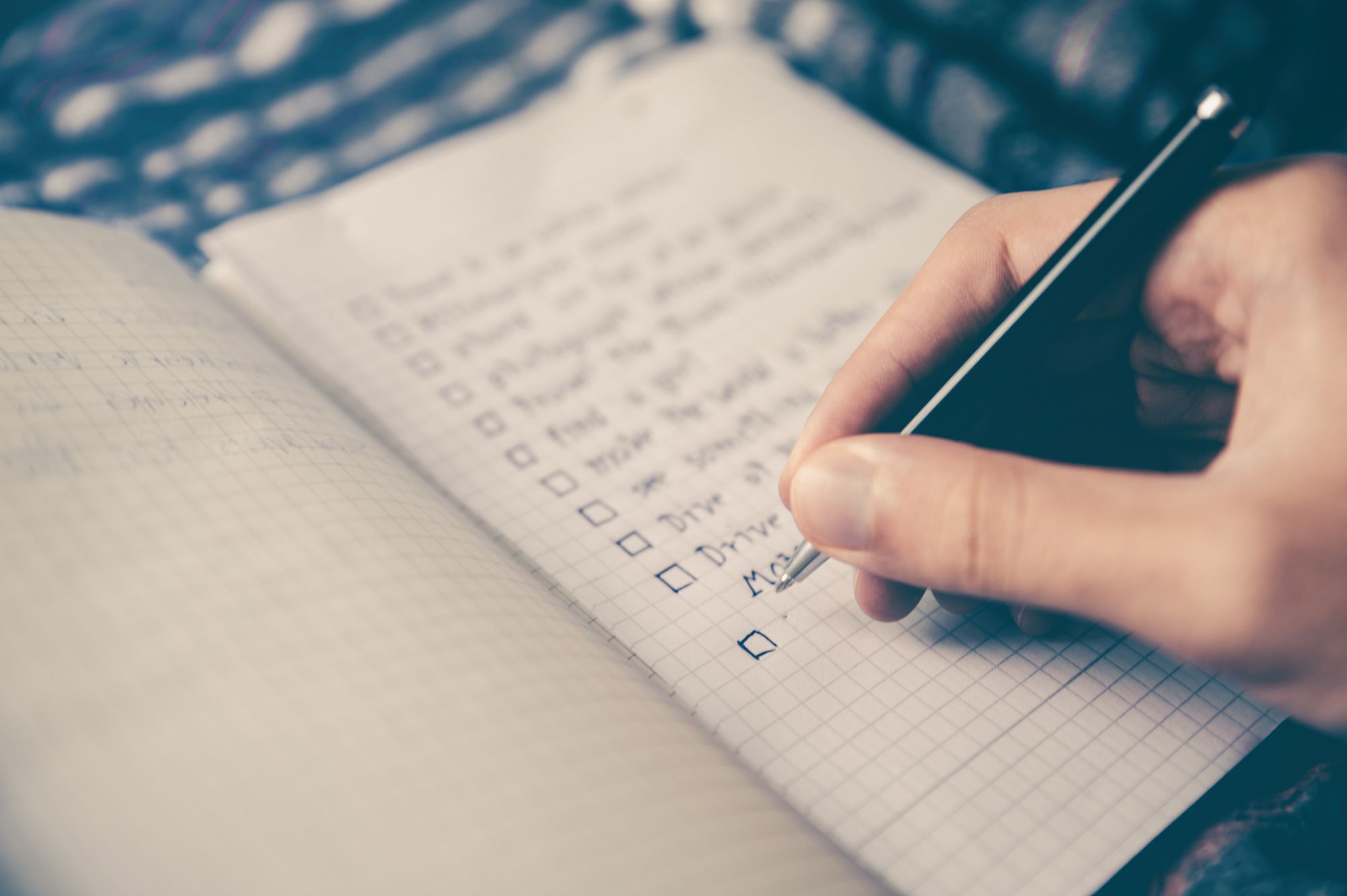 There is a horror story out there.

Moments later, he finds himself in hand-to-hand combat with a to-do list so long and so vast it resembles the spiraling tentacles of a giant squid.

He loads himself up with enough caffeine to fuel an entire city and begins his slow tedious descent to the bottom, crossing each line off the to-do list one at a time.

Shortly into his battle, he makes a terrifying realization — the to-do list is like a regenerating monster right out of a terror flick — for each line he crosses off another three lines appear at the bottom.

He screams. He jumps out of his office window. Thankfully he is on the first floor so he essentially just steps into a large shrub scaring a small family of opossums.

As he begins to sob hysterically, he hears the unraveling of the wretched to-do list drawing ever closer. He turns, it envelopes him, then pulls him back into the deep dark depths of his office.

He is consumed by the monster of his own creation.

It’s a race to the bottom, except there is no bottom.

Nearly all of us have fallen victim to the to-do list at least once in our lives.

After all, the go-to piece of advice we’ve been told since grade school during feelings of overwhelm is, “Make a list and start crossing things off.”

While it sounds lovely in theory, once we set off on our to-do writing journey, we quickly discover a major problem.

In our race to the bottom of the list, we realize there is no bottom.

This fascinating phenomenon, along with a handful of others (which I will discuss in more detail shortly), is what makes to-do lists so incredibly unproductive.

At Jotform, we approach to-do lists with caution, too. After all, we can not and did not rely on to-do lists for many Jotform launches; like HIPAA, Summer Camp or PDF Editor.

We are terrible at estimating how long tasks take.

Elon Musk is arguably one of the most brilliant minds alive today. Yet, even he has an issue with underestimating how long a task may take.

In an interview he did with The Washington Post he said, “I think I do have, like, an issue with time… I’m a naturally optimistic person. I wouldn’t have cars or rockets if I wasn’t. I’m trying to recalibrate as much as possible.”

If you were to ask Elon’s brother Kimbal, this complicated relationship with time has been present since childhood.

As children, Kimbal Musk (who currently sits on Tesla’s board) would actually lie to his older brother about the time the school bus would arrive — knowing that Elon would show up late.

I hate to break it you, but Elon isn’t the only adult alive today that grew up missing the bus and still suffers from lingering time estimation problems:

A recent study found that only 17% of the population can accurately estimate the time something will take.

With to-do lists what happens is that we optimistically assume most of the day’s tasks will take less time than what they’ll actually take.

And, in our caffeine-fueled to-do-list scribbling, we load up the day with lengthy tasks we “think” we can get done in a few minutes.

This, of course, causes the to-do list to “roll” into tomorrow… which brings us to my next point.

To-do lists are never quite done (some almost always “roll” into tomorrow).

No judgment. But, when was the last time you actually crossed everything off your to-do list?

In addition to horrible time estimation, the reason to-do lists roll into the next day is they place us into a mindset where everything must go on the list — regardless of the level of impact it has on our day.

Or, how much value it adds.

In many ways, to-do lists cause us to be overly proactive in our thinking. Which, in turn, causes us to put a greater emphasis on tasks that — in the broader scheme of things — aren’t that important.

In addition, they also hinder us from feeling a sense of completion with our day and our work.

To-do lists allow us to avoid the important.

To-do lists also allow us to avoid the most important tasks of the day — they aren’t unlike email in that way.

Take a look at the to-do list I put together below as an example. Let’s pretend it belongs to a sales professional that works for a technology startup.

Now, it doesn’t take a productivity guru to recognize the most important task on the list above is to “make ‘50’ cold calls to potential leads”.

While sure, cleaning the house, doing the laundry, grabbing groceries, following-up with Paul and managing your email inbox might be nice… they aren’t going to create the most impact for the day.

However, if you’re a sales professional (where you get paid to make sales) you better make sure you’re knocking out your 50 cold calls for the day.

While certainly not in all cases, many times people use to-do lists to avoid doing the things they don’t want to do.

Scheduling works differently for everyone. If to-do lists work well for you, keep doing them.

However, I would like to offer an alternative. I call it the “hunter” strategy.

Long ago, before we had a fridgeful of food within arm’s reach at all hours of the day, people survived by hunting.

If the hunter made a successful hunt for that day, his family would eat. If not, they wouldn’t. It was that simple.

He had to wake up every single day with one goal in mind — to make a successful hunt — which was the single most important thing for him.

I think when it comes to scheduling, this is a great mindset to have. Instead of writing down dozens of tasks that you need to get done each day… choose one that MUST get done and will deliver the most impact.

In Gary Keller’s best-selling book, The One Thing, he argues that:

Long hours spent checking off a to-do list and ending the day with a full trash can and a clean desk are not virtuous and have nothing to do with success. Instead of a to-do list, you need a success list — a list that is purposefully created around extraordinary results.

While this concept might seem a bit abstract, executing it is simple.

You begin by thinking about the one thing you can accomplish today that would have the most impact. If you’re having trouble thinking of something I’ll give you a hint — it’s usually the thing you least want to do.

Once you’ve thought about this thing, I recommend buying a fat stack of post-it notes and keeping them in your desk.

When you walk into your office, pull one of those post-it notes out and write down one big high-impact goal you would like to achieve for the day. Stick the post-it note somewhere on your laptop and start working.

Anytime you feel your mind start to wander or the urge to mindlessly check email well up inside of you — stop. Look at your post. Then, refocus on the day’s hunt.

You can always go back to executing other low-priority or operational tasks once you are done with the day’s hunt.

Practice this strategy for a couple weeks with the goal to cross off the one thing on your post-it note each and every day.

Once the few weeks are up, stop and reflect. Do you feel more fulfilled? Do you feel like you’re making more of an impact?

If the answer is yes, keep on hunting.