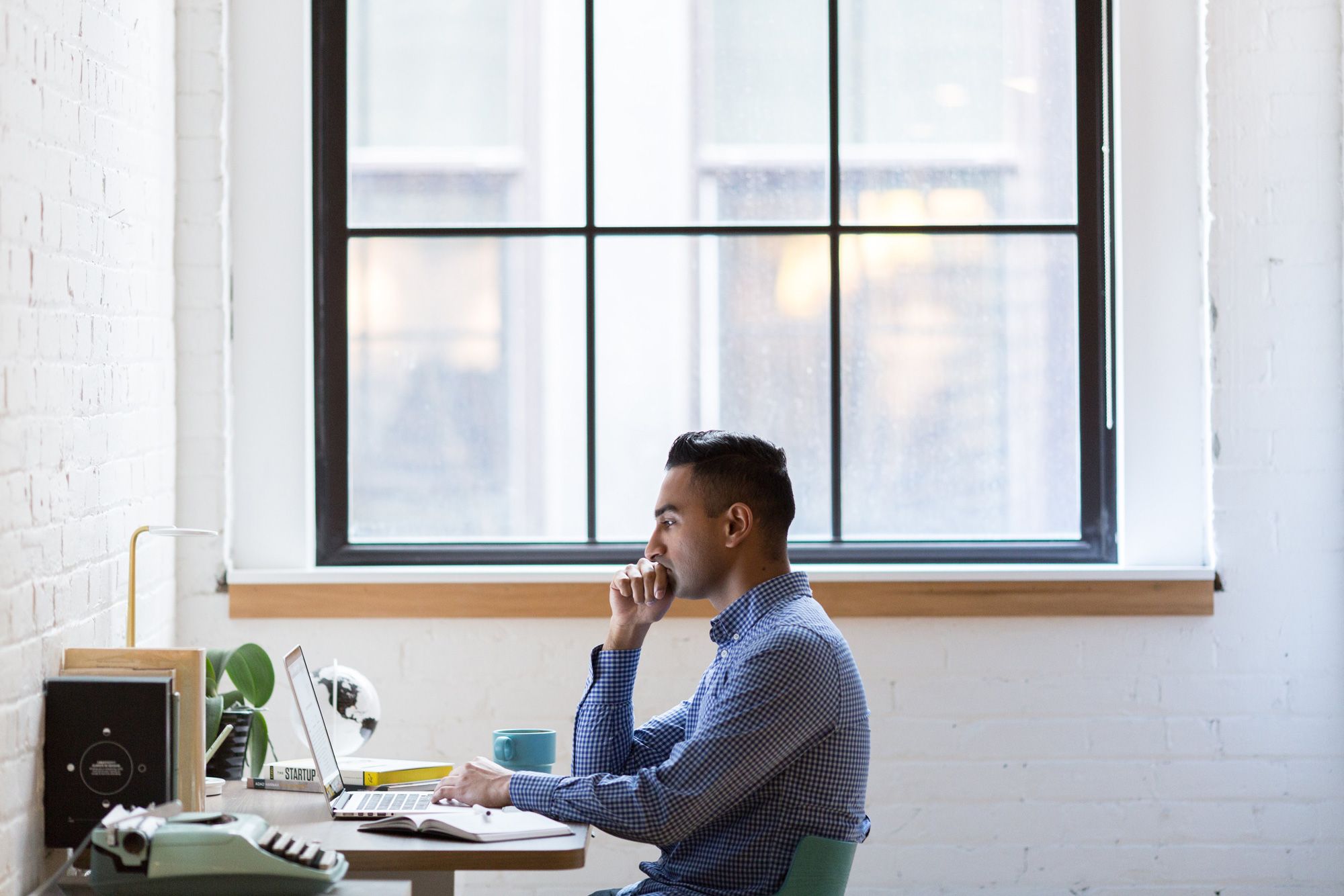 In the 1920s, writer and inventor Hugo Gernsback created the “isolator helmet.”

Fed up with everyday distractions, he designed this unusual headgear to block any outside stimulus and help him work more efficiently.

Nineteenth-century novelist and playwright Honoré de Balzac fueled his productivity by drinking up to 50 cups of coffee per day — often guzzling two cups at a time.

In ancient Greece, a public orator named Demosthenes forced himself into months of isolated study by shaving off half his hair. Apparently, his vanity was stronger than his need for social contact.

Throughout recorded history, humans have tried to trick themselves into greater productivity.

And from distraction-free software and food-delivery apps to virtual offices and telecommuting, we’re still trying to shave precious time from our daily routines.

As of 2016, the global productivity software market was estimated to be worth a whopping $58 billion. Two years later, that figure has surely soared even higher.

Consider any part of the typical workday, and no doubt, there’s an app for that.

In the workplace, however, such quest for productivity can have a hidden cost.

While many new tools and technologies boost short-term productivity, they also decrease our human interactions. And that threatens a need that’s more fundamental than productivity: social connectedness.

The percentage of traditional employees (i.e., not freelancers) who regularly work remotely has grown 103% since 2005.

And many people are choosing to work off-site in order to be more productive.

According to an annual public survey of more than 5,500 people who work remotely or would like to do so, 66% said they’re more productive outside of the office. When asked why, 76% said there are fewer distractions overall.

Even when we do see someone in-person, our productivity impulse often keeps us connected to our devices, which can lower the quality of these essential interactions.

In fact, the mere presence of a smartphone can decrease our empathy.

After observing 100 couples having conversations (with and without their phones nearby), researchers noticed that conversations without a phone present resulted in greater empathy.

The importance of human interactions

It’s a no-brainer. Along with food, water, and shelter, social interaction is a fundamental human need. We spend a significant proportion of our time at work, so the office can provide important opportunities for social interaction.

There are many benefits to strong at-work social connections, too, including greater happiness, lower stress, higher job engagement, and a healthier life overall.

According to the Mayo Clinic:

“Adults with strong social support have a reduced risk of many significant health problems, including depression, high blood pressure and an unhealthy body mass index (BMI).”

Having friends at work has also been shown to boost performance. A Rutgers University study found that multiplex relationships — having many coworkers who eventually become your friends — significantly increased employees’ performance.

Researchers believe this performance boost occurs in part because employees with coworkers-as-friends are more likely to ask for advice, without fear of judgment.

As I wrote in The Truth About Remote Work last week, however, human connection can become a missing piece of the productivity puzzle as more employees work remotely.

“I lived in Taiwan for about a year before I returned to Europe,” says Amir Salihefendic, CEO and founder of Doist. “I learned some hard lessons as I went through a cocktail of depression, anxiety, insomnia, and loneliness. It took me a few years to fully recover from that experience.”

According to OWL Labs, 48% of remote workers reported that they missed in-office conversations, while 40% missed the in-person celebrations that happen in an office setting.

When employees work off-site, they also report a loss of face-to-face communication.

As we consider each new productivity tool, app, and remote work environment, these are important considerations for all of us — from employees to managers to entrepreneurs.

Full disclosure: at Jotform, we do use several productivity tools. For example, our marketing team uses Zapier to integrate multiple apps, and Calendly to schedule appointments and calls.

Personally, I’ve also sifted through my fair share of productivity tools, in search of a silver bullet for efficiency. And I’ve spent way too much time looking for The One, to the detriment of time I could have spent with coworkers.

That doesn’t mean we can’t use new tools and strive for productivity — as long as we maintain our social connections and balance face-to-face interactions whenever possible.

For example, Slack can be incredibly useful for real-time chats with colleagues. But it’s important to remember that it can’t replace in-person conversations.

As Ali Rayl, Slack’s director of customer experience, explains, Slack allows users to “create the human connection without the human overhead.” That can be a significant challenge, because applications like Slack dispense with the social niceties we afford one another when speaking in person.

According to one Slack user interviewed by The New York Times, “What you wouldn’t say in person, you can say on Slack.”

Any negative “watercooler” chatter that might occur on Slack can cause serious ripples in the workplace. The empathy and consensus-building that stem from in-person interactions are also easily lost in a messaging app.

But sometimes, telecommuting is the only viable option. Even at Jotform, we have offices in several locations — and we use productivity tools and apps to keep our offices connected.

When remote collaboration is necessary, it’s important to find ways to develop human connections. For example, Clayton Moulynox, a culture development specialist at Auth0.com, came up with a creative solution to this problem: randomized meetings.

“Every second Monday a Slackbot (an app inside Slack, the messaging platform) randomly matches employees together in groups of three to encourage them to meet up for a coffee or donuts.”

Employees in the same office meet in person, and those in different locations share a coffee or snack during a conference call.

Using randomized meetings, employees from around the globe can get to know each other, both as people and employees. They enjoy a midday break, and build rapport with coworkers in the process.

If randomized meetings don’t work for your organization, there are other creative ways to increase human interaction. For example, try using video calls (instead of email or voice calls) whenever possible.

Celebrating milestones for both in-office and remote workers can also nurture stronger connections. For example, maybe you could create rituals around employee birthdays and work anniversaries.

Even small, simple gestures can help employees feel more connected to their teams, and to the organization as a whole.

For as long as humans have been working, we’ve been searching for ways to be more productive. I suspect that’s not going to change any time soon.

But, perhaps we should aim to strike a balance between productivity and human connection.

It takes deliberate effort, especially when we’re working remotely, but maintaining social connections is worth far more than the time we save with yet another productivity tool.

After all, socially connected employees are happier, healthier, more engaged, and tend to be better performers.

So, wear that isolator helmet if you like (or the modern version you just downloaded). But try to go analog sometimes, too, and make the effort to connect face-to-face with your colleagues.