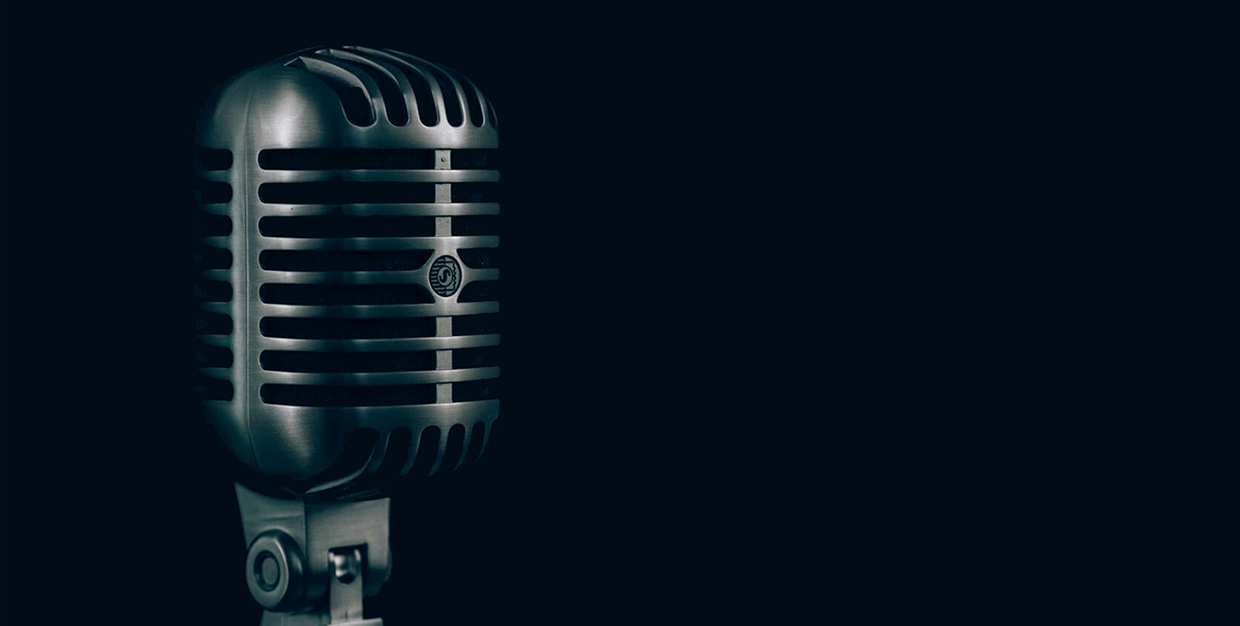 Remember the last time you walked into a clothing store and it was dead silent? Neither can I.

That’s because retailers long ago figured out that music motivates customers to make purchases. It inspires creativity and focus, while making a room somehow feel less empty.

Music motivates. Silence is a silent killer of office productivity.

I’ll never forget my first office job out of college. It was a marketing associate position at Lincoln Financial Advisors, a Fortune 250 company with major operations in the San Francisco Bay Area. It was my first experience with what was later explained to me as a “cube farm” — cubicles and desks as far as the eye could see in a large, fluorescently-illuminated room. This job is the only reason I still have a collection of ties.

But during my very first day I was filled with a dread that I’ll never forget: complete silence, minus the pattering of keyboards from the cubicles around me. No talking. No energy. No music.

I absolutely hated it. Music in all its forms was expressly forbidden, even if it was kept at a low volume or through a pair of headphones. It was considered a distraction. The real distraction, I thought, was the soul-crushing sterility of it all. I put in my time (almost a year and a half), but I knew I never wanted that kind of office environment again.

Music has always been a huge part of my life. In high school I was voted the “Best Musician” in our yearbook. I’ve been to hundreds of concerts of all types. Working in silence is just not an option for me.

Luckily, at Jotform, that’s never been an issue. Maybe it’s more reflective of working at a technology company. From day one, even while working in the same room as our CEO and other colleagues in an open office, we blasted tunes. Having music play has become as expected as turning the lights on when you walk into the office. Now when I walk into the room and it’s quiet, it’s one of the first things I notice.

Study after study has shown that music improves workplace productivity.
University of Miami professor Teresa Lesiuk published “The effect of music listening on work performance”, stating that “When music listening in the work environment is encouraged by project directors and the workers are amenable to music listening, then certainly music listening has a positive effect.” She then says it follows that removing music at work leads to a psychological withdrawal of an important stimulus. The negative effects of removing workplace music are found in lowered positive mood responses, lowered work quality, and more time spent on tasks than originally intended.

Anneli B. Haake, a PhD and expert on workplace music, did a study in the UK interviewing nearly 300 employees to get qualitative and quantitative data that demonstrated music was shown to increase “inspiration, concentration, positive distraction, stress relief and managing personal space.”

In other words, music in the workplace is better for your bottom line.

Having everyone in the office listen to music on their headphones is an obvious alternative to working in silence. Perhaps more importantly, it lets people listen to what they want to listen to and not be subjected to someone else’s preferences.

But do you know what headphones prohibit? Actual human conversations. Simply asking the person sitting next to you what they’re doing for lunch turns into a Slack discussion. No blurting out “Hey, does this sentence make sense to you?” or even asking “How was your weekend?” Then add to that the fact that you’re less likely to notice the company phone ringing.
This is no way to live. Reasonably-volumed, productivity-focused music creates an optimal working environment. However, reaching consensus on musical preference is no small task.

This of course is only an issue for open office plans. But according to the BBC, 70 percent of offices in the US are open concept, meaning the very idea of having your own office with a closed door is surprisingly rare.

We’ve found no one in the Jotform office really enjoys bearing the responsibility of Office DJ. Musical choices become open to public scrutiny. It can make you feel vulnerable or self conscious, which defeats the point of boosting productivity in the first place.

That’s why the best music for your office is often the least noticeable. The moment you become aware of what’s playing, you’ve lost focus.

What Jotform Listens To

This is a broad term that covers several genres: chillstep, trip hop, and electronica, among others. Not all electronic music is designed for going to the club. Some of it is perfect for boosting focus. Playlists that include Odesza, Crystal Castles, Slow Magic, Nu, or Flight Facilities are safe bets.

File this one in the “obviously” folder. Classical music doesn’t offend anyone, it slips seamlessly into the background, and it’s relaxing. It even gives the office an air of intellectuality, which I’d like to think makes everyone a little smarter (although the ‘Mozart Effect’ has long been debunked).

Don’t knock it until you try it. It’s less distracting than classical even, and feels engineered to encourage productivity. When I was in grad school I started listening to Alpha Wave playlists when I was writing papers and it might as well have been my Limitless drug. Your colleagues won’t object.

Frank Sinatra isn’t a genre, I realize. But Frank Sinatra also doesn’t really have a genre. His music is lyrical but isn’t distracting; everyone’s heard it before so it doesn’t sound unfamiliar; and it’s upbeat without being too high-energy. There are times of day when it really does the trick, like right before lunch and when you’re sifting through data. Tony Bennett is also a suitable substitute. In general, you should avoid most lyric-heavy music. Although, sometimes if it’s after 5 p.m. and everyone needs a pick-me-up, some hip hop or top 40 is sometimes the best way to go to finish the day strong.

Our office recently came upon a Google Home Mini, which happens to connect seamlessly to Google Play. I never used the service on my phone, but it’s become invaluable for the office. You get one ad at the beginning, and then a steady stream of uninterrupted playlist music for the rest of the day — for free. One thing I love is that the songs rarely, if ever, repeat.

Spotify boasts tens of millions of songs, and it’s the hands down best option for individualizing playlists. You can collaborate on a playlist, which makes it a great option for including everyone in the office on a single playlist. Plus, the service features a New Music Friday which is great for discovering new artists.

You may not think of YouTube for music streaming, but there are tens of thousands of playlists, many of which are geared toward productivity and focus improvement. Ads are always a thing with YouTube, but so are multiple-hour long music streams.

I’ve always favored Pandora because we both call Oakland, California home, and I’ve been a long-time user. It’s a good service. But there are two reasons why it’s not the best available: 1) there aren’t many songs in each playlist, and 2) their ads are entirely inappropriate for the workplace. There are only so many ads about condoms, periods, and various sexual dysfunctions that a person can endure before they throw in the towel. I imagined it was a ploy to get users to upgrade. Instead, I’ve simply moved on.

How Should Your Office Tackle Music?

Workplace music is a surprisingly delicate subject, one which inspires a lot of different opinions.

I’m in the camp that it’s good for office morale, productivity, and culture. It works well at JotForm. It fits our openness and our energy.
So what should your business do?

Well, if it’s not a part of your office culture already, it’s not difficult to introduce it. To be sensitive to employee and colleague concerns, consider sending around a survey to gauge opinions and to learn about music preferences. Another helpful survey you can send is one that actually includes the songs embedded on it, and allows respondents to rank how much they like each track.

In general, know that the science supports openly playing music in the office. As long as it’s not too loud (studies suggest about 70 decibels) or distracting, you’re likely to have a more productive workforce without costing you anything, save for maybe a nice pair of speakers.

Also consider the experience that someone has when they’re visiting your office for the first time, whether it’s a job candidate, a partner, or even a mail carrier. Whether you choose silence or music, it sends a message to them, even if that wasn’t your intention.