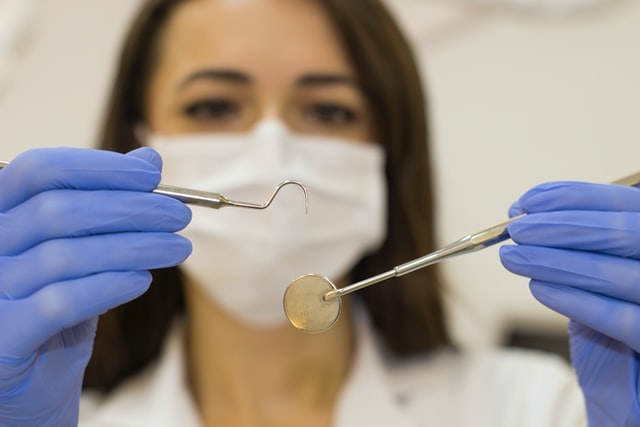 When COVID-19 began spreading in March 2020, many businesses across the country shut their doors, some for good. Most private medical practices and dental offices only saw emergency patients during this time.

But now, you may be wondering how your dental practice can attract and retain patients who may have gone MIA in the past couple of years.

Created specifically for dental offices, Lighthouse 360 promises to keep your schedule full, run your office efficiently, and build better relationships with your patients, both old and new. And thanks to two decades of industry experience, a roster of 11,000 clients, and powerhouse partnerships such as Google and PayPal, it’s well worth considering.

Organize and analyze all your patient data with Jotform — HIPAA compliant forms included.

With 21 years of experience and more than 35,000 customers, Solutionreach can help you improve your patient engagement, whether you’re a small or large practice. Through features including social media management capability, patient reviews and referrals, and text and group messaging, Solutionreach helps you gain and retain repeat patients. And it specializes in more than just dental offices — it’s also used by those working in dermatology, optometry, family practice, pediatrics, and other specialties.

Hailed as the dental practice management software, Lighthouse 360 prioritizes one thing: patients. You can focus solely on dentistry while Lighthouse 360 acts as your own personal office assistant, simplifying and automating menial tasks so you don’t have to worry about them.

Lighthouse 360 increases your patient recall by sending your clients automatic appointment reminders via text, email, or automated phone calls and streamlines your staff’s workflow with a daily task list and online appointment book.

Meanwhile, your schedule stays full with a “fill-in” feature that alerts waitlisted patients when an appointment has become available. Plus, Lighthouse 360 provides you with basic reporting and patient insights, showing a clear picture of your scheduling efficiency, patient demographics, and your overall practice performance.

As for Solutionreach, there’s a reason it has more than 25,000 clients — it covers appointment management and scheduling, billing and invoicing, call reminders, and calendar synchronization. It basically acts as a team of employees at a fraction of the cost (plus, it doesn’t need PTO).

One of its best features is its online appointment scheduling module (which Lighthouse 360 doesn’t offer). By giving your patients the option to book their own appointments online, you’re providing them — and you — with a convenience your competitors may lack.

Finally, both Lighthouse 360 and Solutionreach run on most browsers and devices, including Windows and macOS, and mobile operating systems like iOS and Android.

For around $300 per month, Lighthouse 360 tracks down and notifies patients who need a cleaning, detects last-minute cancellations to fill your schedule, and collects and posts patient reviews.

For around the same price, Solutionreach includes the same features as Lighthouse 360: automated reminders and recall, two-way texting, and reports and analytics. However, if you’d like additional features such as customizable online scheduling or telehealth (neither of which Lighthouse 360 offers), you’ll have to jump to the next level and shell out some more dough. To know how much more, you need a business-specific consult.

With more than 500 integrations — including Healthline, Healthgrades, My Social Practice, and PostcardMania — Solutionreach allows you to add significant value to your practice with third-party platforms.

Jotform: An alternative to Lighthouse 360 and Solutionreach

So, which dental practice management software is best for your dental practice? If you’re weighing Lighthouse 360 vs Solutionreach, you can also consider Jotform.

This powerful online form builder allows users in any field to customize a variety of forms — including surveys and patient intake forms — to make your practice more efficient for both your patients and your staff. Not only is the design process easy and flexible (no coding required), but forms can also integrate with many popular platforms, including ActiveCampaign, Square, and Dropbox.

To really put these forms into overdrive, you can use the Jotform Health app, which allows you to manage your dental practice by accepting payments, requesting signatures on consent forms, scheduling appointments, and managing patient records.

Plus, both the app and the forms are HIPPA-compliant, so you and your patients have the peace of mind that their information is safe and secure. Jotform also integrates with Zoom, Google Drive, and other apps that streamline your office operations.

To focus on your patients, you need a tool that simplifies the day-to-day tasks of running a dental practice. Choose the platform that’s right for you, and you’ll make your practice more efficient than ever.

What Is HIPAA Compliance?

How to reduce paperwork for doctors

How to get vaccination consent from the public

Why data collection is so important in healthcare

How to take patient history with online forms

Which institutions are HIPAA covered entities?

Which states used Jotform to screen for COVID-19 symptoms?

Does HIPAA apply to schools and educational institutions?

The 10 best HIPAA-compliant cloud storage solutions for your practice

How to be HIPAA-compliant on social media

How to make the most of IDG hospice meetings

Finding common ground between HIPAA and the COVID-19 vaccine

How to make your massage intake forms HIPAA compliant and clear

Tips for vaccine prescreening and scheduling

How to improve the counseling intake and assessment process

All you need to know about intake processes

How to collect vaccination requests

How to create an intake form in Word

What you need to know about HIPAA and HITECH

How to do a head to toe assessment

The basics of writing an informative SOAP note

HIPAA vs FERPA: The difference between two acts

How to get physician referrals to your medical practice

How to remind patients of appointments

How to prepare for a new patient

Webinar: How to manage COVID-19 vaccine distribution with Jotform

What is protected health information (PHI)?

7 of the best WordPress plug-ins for doctors

How to build a phase finder tool for your health department

8 of the best WordPress plug-ins for health coaches

What are HCAHPS survey questions?

How to create a HIPAA-compliant home office

Who does HIPAA apply to?

What is doctor-patient confidentiality and how will it affect your practice?

Using a limited data set under HIPAA for research

How to build a seamless patient flow

The top 10 medical apps for doctors

How to become a holistic health coach

EMR vs EHR: What’s the difference?

How to evaluate HCAHPS surveys with star ratings

Does HIPAA apply to animals?

How to improve your hospital’s HCAHPS scores

What is HCAHPS, and why does it matter?

How to collect COVID-19 test requests

How is the coronavirus affecting HIPAA?

What is a BAA?

How to hold a vaccine event for your community

Creating newsletters for your health and fitness business