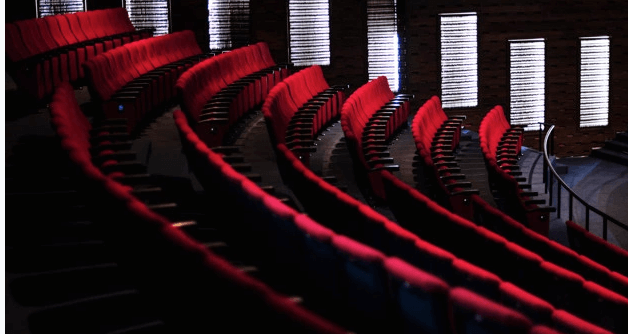 Whether you’re new to managing film festivals or consider yourself an industry veteran, handling submissions is no easy feat. The Atlanta Film Festival, for example, receives more than 8,000 submissions every year. That’s why it’s essential to find the right tool for your film festival submission site to manage incoming entries.

Although smaller, local film festivals may not receive the same number of submissions, they can still anticipate a significant volume of entries. Independent film festivals often have smaller teams and tighter budgets, which means reviewing hundreds of submissions can quickly become overwhelming without the right platform.

Founded in 2014, FilmFreeway has quickly gained popularity in the film festival industry, largely due to its payment system. With FilmFreeway, filmmakers can submit entries for free. It’s also free for event organizers that don’t charge entry fees.

Event and festival organizers that do charge an entry fee only need to pay a 4–6 percent commission to FilmFreeway.

Recently launched in 2020, WFCN has attracted film festival producers and filmmakers by introducing professional networking as a feature on their website. Filmmakers and festival organizers can chat with one another with minimal barriers. Like FilmFreeway, WFCN is free for filmmakers and for festivals that don’t charge submission fees.

One of the major draws of Festhome is that entrants can upload large files (up to 20 GB). Entries are stored on their server so filmmakers don’t have to upload a film more than once. This film submission site is free for festival organizers and offers free accounts to all festival staff members to make event management, collaboration, and reviewing entries easier.

Largely known for collecting manuscript submissions to publishers, Submittable has grown to accommodate more use cases. The site has a video contest tool that allows festival organizers to collect video files and view them without downloading or saving anything. They can track everything in one spot, and the user interface is intuitive.

The downside is that it doesn’t offer any free plans.

Due to the COVID-19 pandemic, many festival organizers in 2020 had to shift to hosting their festivals online. Shift72 specializes in online and hybrid festivals. It has a digital rights management (DRM) tool that allows you to control digital rental windows, embed non-removable watermarks on content, and limit the number of devices a user can link to their account.

This festival submission site is popular in Europe, and, as the name suggests, it’s designed for short films. Filmmakers pay a service fee to use Shortfilmdepot, but they usually don’t pay fees for submissions. While its small flat service fee (up to €3) is affordable, it can still be a deterrent for filmmakers when there are plenty of other free services available.

This film festival submission platform is a project of Promofest, a popular Spanish film distribution company. Click for festivals allows you to submit films by sharing a link to them from popular file storage services like Dropbox and Vimeo, rather than uploading them separately.

This film submission site allows entrants to upload files directly to their server or share links to files stored on other platforms, like Dropbox or Hightail. MoviBeta is not a free service for filmmakers, though, which can limit the number of entries your festival receives.

Film festival submission site Docfilmdepot caters to documentary film festivals. Most of the festivals on this site are based in Europe — particularly France. Entrants can digitally upload their submissions or, for some festivals, mail them in DVD format.

Perhaps one of the most niche film festival submission sites on this list, FilmFest Platform is a staple for small to mid-range festivals in France and other French-speaking countries. Their interface is easy to use, with French and English language options. Most festivals on this website are French and require films to at least have French subtitles.

The foundation of film festival submissions

The basis of any film submission process starts with a form — so the entry form should be easy for festival organizers to create and for entrants to use. Jotform excels in form creation and management, and many film festivals have used it to collect submissions.

The 56th BFI London Film Festival, for example, used Jotform to create simple submission forms that made the experience easy for entrants.

With Jotform’s free online form builder, you can easily create submission forms that enable entrants to quickly upload all types of files, including image, audio, and video files.

Many independent film festivals depend on affordable, intuitive software to help them pull an event together, so finding the best film festival submission platform is essential. If you need a way to plan and manage your next film festival, or even if you want to start a film festival of your own, you can gather applications, collect video submissions, take payments, and even send out event satisfaction surveys — all with Jotform.

How to run a golf tournament

How to make every event successful with Jotform and monday.com

How to get sponsors for an event

How to write a reminder email for an event

How to run an online singing competition

How to organize baby massage sessions and classes

How to organize a talent show

A guide to running your first virtual event

6 ways to use Jotform for virtual holiday gatherings

How to host a virtual conference

How to become an event planner

How to host an online event

Event Planning Business Without the Stress

How to use Jotform’s free invitation maker

7 of the best virtual event platforms

How to send digital wedding invitations

How to run a remote trivia night using Jotform

How to create a realistic event planning timeline

4 essential things to include in your event planning process

How to make a wedding QR code to simplify RSVPs

How to become a wedding planner

How to collect memorial tributes for deceased loved ones

How to cancel an event

How to start an online film festival