Jotform has always been secure in our almost ten years of being the easiest online form builder. Well, we just raised the bar higher. Now you have the ability to designate your forms as encrypted.

An Encrypted Form is one where the user’s responses are transferred and stored in an encrypted format. They are encrypted in the browser of the person filling out the form, and can’t be seen by anyone else at any time. This added level of security is of most interest to users handling the most sensitive data with extra privacy needs.

At Jotform, our reputation rests on our ability to provide all of our users with the highest form security. Contact the Jotform Enterprise sales team to start your journey today.

By clicking on the Accounts page you can designate all future forms to be encrypted under Data tab.

Using our Encryption Key Wizard you can create a secure private key. This key is the only way to access your form responses, and nobody else, not even at Jotform will have it. When notifications arrive for new encrypted submissions, users can then log into Jotform, view submissions for the encrypted forms, and enter their private key to view. 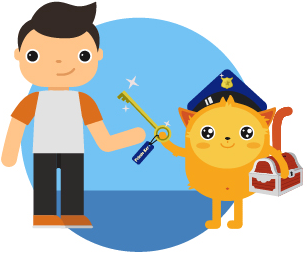 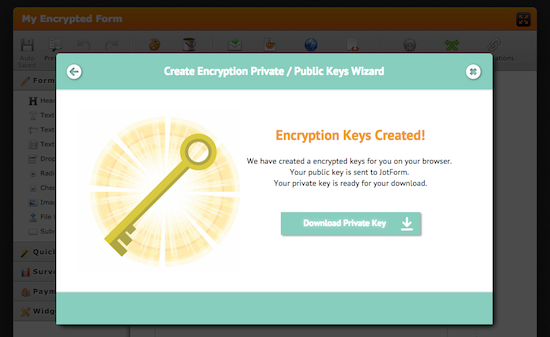 The data is stored encrypted, on our already secure servers. Not even Podo can access it, so it’s very important to keep your secret private encryption key in a safe location.

It should be noted that setting up a form as encrypted comes at the cost of some convenience.

Encrypted forms is available to all Jotform users, and is another way we provide best of class service to our users. For those who need the peace of mind that nobody can ever under any circumstances potentially view their data, it gives that added level of security.

What Is Data Security?

Webinar: Everything you need to know to keep you and your data secure

Choosing between SOC 2 and ISO 27001 compliance