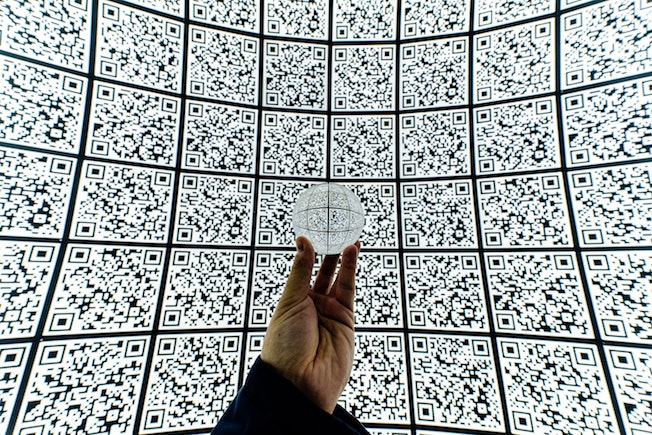 How secure are QR codes?

They make virtual shopping a reality, bring artwork in museums to life, and facilitate airport check-ins. QR codes — ubiquitous with out-of-home advertising since the 2010s — are everywhere.

Yet some may wonder if QR codes are actually secure. Given their simplicity, are they rife for hacking and malicious activity? Tech aficionados assure us that the security risks are lower than we may think.

What exactly are QR codes anyway?

QR (or Quick Response) codes are matrix-style barcodes frequently printed on various media — like billboards and flyers. They are an intermediary communication tool that uses data from a printed medium to retrieve data in a digital medium; in other words, QR codes bridge the online and offline.

Can someone hack a QR code?

QR code technology has no security flaws and cannot be hacked. The security risks that we often associate with QR codes — phishing, hacking, or malware — don’t stem from QR code technology but from the final destination of each code. Third parties could hack the web page, connect malicious software, or steal data — the same way they conduct email or text message scams.

Here are some ways third parties could compromise QR codes:

Once again, these potential “hacks” revolve around the nature of links as a communication intermediary. Third parties could also conduct similar crimes if companies used, say, a URL shortener. The unique risk of QR codes is that they are only machine readable — users are unable to identify whether someone has manipulated a code without scanning it.

Most QR code-generating software collects minimal data from users who scan the codes, and it never collects personally identifiable information. The only data it might collect — which would only be visible to the creator of the codes — includes location (city and country of the user), number of scans (how many times the user scanned the code), time (what time they scanned the code), and the operating system of the device that scanned the code (i.e., iPhone or Android).

How can I increase QR code security?

Ultimately, you should exercise the same level of caution that all internet users should strive for:

So I’m safe to use QR codes, right?

Absolutely! QR codes remain incredibly popular around the world — in China, a large proportion of the $5.5 trillion payments made via mobile every year went through a QR code on various apps.

Not only are they safe to use, but there are also many cases where QR codes are an additional security measure. Some websites, like online banking sites, use QR codes as part of two-factor authentication. After customers log into their accounts, they may get a prompt to scan a QR code using their mobile banking apps for additional verification.

At the end of the day, QR code technology itself has no security issues. As long as you remain smart and vigilant when using the internet, QR codes are perfectly safe. For marketers, QR codes are a convenient and valuable tool for sending customers to campaign landing pages, collecting data, and launching promotions, especially when used creatively.

Photo by Mitya Ivanov on Unsplash

What are the best Google Tables alternatives?

5 alternatives to Notion for workspace collaboration

How to measure customer satisfaction

How to use Patreon as an artist

How to start selling T-shirts online

One question at a time: The best strategy for a survey