So many things happened in 2015 it’s hard to keep track of. We had a diverse set of feature releases. Many were prompted by unexpected market changes. Our initial plan this year was to rebuild the form builder, which we’ve just begun. Check out all the twists and turns that 2015 threw at us. We made the most of these resulting in a better JotForm, and happier customers.

JotForm was the Best Alternative for the Retired Adobe FormsCentral

2015 was a remarkable year for JotForm. It started with a bang- with the news that our esteemed competitor Adobe FormsCentral was shutting down. Adobe gave their users, and everyone else a six-month advanced notice to prepare for the change. And prepare we did. Within weeks we released an import tool that would transfer all their forms and data to JotForm. This one-click solution was the much-needed lifeline for Adobe FormsCentral users. When all was said and done we imported thousands of user accounts, over a hundred thousand forms, and millions of form responses. Our solution was so well received even Adobe mentioned it in their blog
! 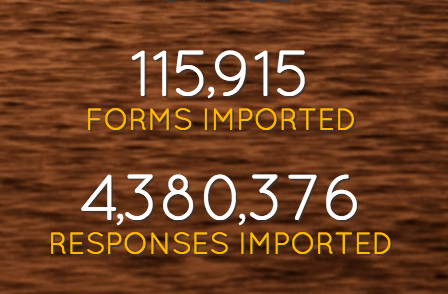 We’ve all come to know and love the familiar look and feel of JotForm’s form builder. But as with clothing, design styles come and go. We’ve begun revamping the form builder piece by piece, giving both a much needed makeover, and a chance to optimize the underlying code. Be on the lookout for the new and improved JotForm form builder! 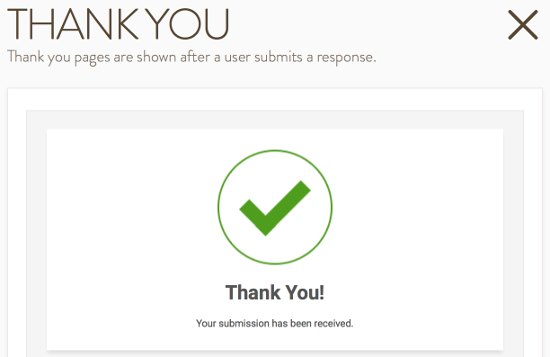 Security was the backbone of 2015. We gave our users the chance to put an iron shield over their data with Encrypted Forms. When set up, form responses will be encrypted before they ever reach our servers. Only you hold the key to your form responses. And to make sure everyone’s forms are completely secure, we now count SSL submissions the same as non-SSL, even for free accounts. To ensure everyone takes advantage of this, form embed codes are now secure by default. 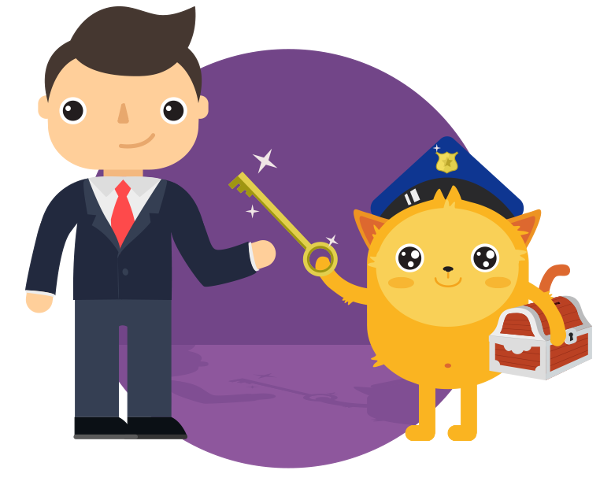 EU Safe Forms in Response to the End of Safe Harbor

Along the way, we embarked on another journey- that of Safe Harbor. US-EU Safe Harbor was a data privacy agreement that allowed companies to freely transfer data from Europe to the U.S. In early April JotForm formally announced it was US-EU Safe Harbor certified.

In early October, Safe Harbor was struck down by Europe’s highest court. This sent US based companies from Facebook to Microsoft, to JotForm scrambling for legal safety for how to handle their European users’ data.

JotForm responded quickly by providing an exclusive solution for our European users- EU Safe Forms. Once again, with the click of one button, users could find refuge. By subscribing to EU Safe Forms, users can transfer all their data to Europe, never to return. This future-proofs JotForm from all further legal proceedings relating to EU data privacy. We store their data in Europe, just like they want.

We welcomed new integration partners including Braintree, PAYMILL, Unbounce, and the Adobe eSign Widget. These give JotForm users the power to connect with the best services from around the web. We also rolled out the next version of our iOS app, allowing you to check your submissions on the go. And while we were at it, we added an Apple Watch app- receive submissions alerts right on your wrist! Our Apple Watch giveaway via Rafflecopter was a particularly fun way to announce it.

span style=”color: #000000; background-color: transparent; font-weight: 400; font-style: normal; vertical-align: baseline;”>Want to give your forms more power? Widgets are what you’re looking for. These mini-applications can give you features that take your forms to the next level. Perhaps you need a signature field, or a dynamic list allowing users to add as many responses as they like, or maybe an image slider is what you’re looking for. Choose from nearly 400 widgets to make your forms really stand out. In 2015, we were proud to celebrate one million widgets being used.

Notable Mentions in the News

2015 was the year JotForm found its way to Entrepreneur Magazine, Forbes, and the Wall Street Journal. These are just a few of the myriad of publications around the web that have mentioned us.

Top Posts in Our Medium Channel

The team at JotForm has been very active in publishing articles for our Medium Channel. Here are the top posts from 2015! To our surprise, highly technical posts from our engineers and designers became top hits.

– How to Design a Mascot for Your Brand

– 13 Design Tools We Use Every Day at JotForm

– Making a Responsive Image Comparison Slider in CSS and JavaScript

– Writing a CSS Parser in JavaScript

Stay Connected with Our Monthly Newsletters

This year we prepared thoughtful newsletters to better stay in touch with everyone. If you missed one, here they all are.

August – Get Back-to-School Ready with JotForm

September – Behind the Scenes at JotForm

Our staff grew, we introduced our friendly mascot Podo, one of our offices moved, themes were added to our Theme Store, and most importantly, we were able to provide each of our nearly two million users with the online form building service they love. 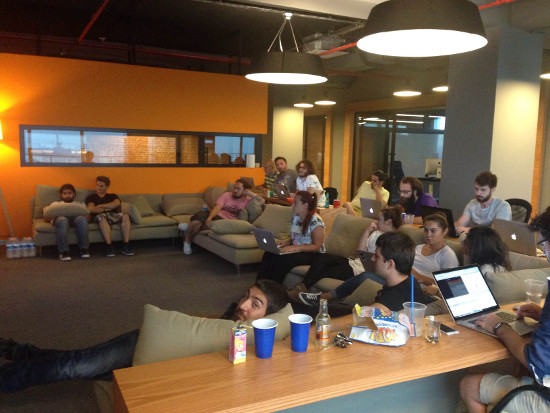 JotForm staff at a Friday review meeting in the new office

Thanks from the entire JotForm team for making 2015 among the most remarkable years on record. Have a favorite JotForm memory or story this year? Tell us about it in the comment for a chance to win a free upgraded account for a year!

Steve Hartert
Steve is Chief Revenue Officer at JotForm and is a prolific writer and presenter about marketing. Raised in Southern California, he earned a MBA in marketing and currently lives in the San Francisco Bay area. You can reach Steve through his contact form.

Distractions will kill your freelance career: Focus on the work, not the branding

In the age of fickle consumers: Why customer retention is the new black

Everything you need to know about JotForm's summer camp users