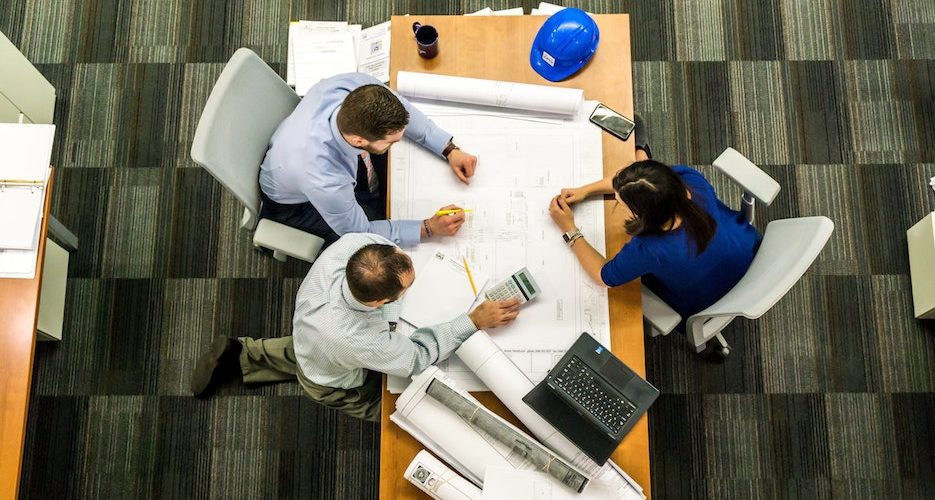 The year of project-tracking apps with tabular formats

U.S. President Harry Truman was famous for a sign on his White House desk that read, “The buck stops here.” It was a sentiment he often repeated in speeches.

Truman was in office from 1945 to 1953, and while the buck may very well have stopped with leaders like him in a pre-digital era, where exactly the proverbial buck stops — and who should stop it — is harder to figure out in the modern workplace.

Recently, we’ve seen the rise of customizable project-tracking apps that offer users the simplicity of spreadsheets and the sophistication of databases. Users don’t have to know how to code to use these apps, which means virtually everyone in a given company can use them. These tools also display data in an easy-to-understand tabular format, which makes them even more accessible.

The appeal is simple: With better internal project tracking, employees can collaborate more efficiently and get tasks done faster.

As a result, it has been a big year for project-tracking apps with tabular formats. Here’s what you need to know about them.

Built into the Jotform suite of productivity tools, Jotform Tables funnels data from its online forms directly into tables and allows users to transform their tables into professional-looking reports. Customizable access settings enable streamlined collaboration. Best of all, it’s free to use — just create a Jotform account.

Hailing from Google’s in-house incubator, Area 120, the Tables bot helps users follow project updates and automate tasks where necessary — such as email reminders for overdue items, submission notifications when customers and prospects fill out forms, and the ability to move tasks between users when necessary.

As the name implies, Tables displays tasks in an easy-to-read tabular format with color-coded priority and status notifications. Users can also present the data in formats like grid views, Kanban boards, and maps.

Google is only one entrant to an increasingly crowded space. Just about two months before Google announced Tables, Microsoft rolled out its own project-tracking app, Lists.

Both Tables and Lists play off of a concept we’ve heard a lot about lately: Tracking work projects can get complicated and messy with pen and paper, so go digital instead. These apps organize information, invite colleagues to collaborate, and keep everyone in sync to ensure projects run smoothly.

Microsoft Lists comes with templates for issue tracking, asset management, and employee onboarding, but the tech giant notes users can also build their own solutions to meet their specific needs — even if they don’t have a background in coding. The onboarding checklist and issue tracker offer data in tabular formats, so you can easily see name, description, severity, status, and assignee with color-coded signifiers that immediately draw your eyes to the most important entries.

While Microsoft noted there was a distinct market need for better collaboration platforms given the rise in remote work as a result of the pandemic, there has been online chatter that Microsoft (and presumably Google) are copying Airtable, a seven-year-old cloud collaboration service with similar functionality.

Interestingly, Airtable closed a $185 million Series D round in September, reportedly giving the startup a valuation of nearly $2.6 billion. But Airtable has been a unicorn — a private company valued at more than $1 billion — since 2018. That may very well have caught the attention of Big Tech, which is now looking to capitalize on their own project-tracking apps and tabular formats.

For its part, Airtable displays data in a format you may have heard about already: Its grid view is a tabular format that includes the task as well as photos, priority status, deadline, and contact information. What’s more, the sections are grouped by priority, so the highest-priority tasks are highlighted first — and in red.

But it’s no longer the only game in town.

Project tracking for the future

We can’t say whether Microsoft or Google copied Airtable with Lists and Tables, respectively, but we can confidently say that the future is bright for work-tracking applications.

Microsoft was right: The shift to remote work makes office collaboration tools an absolute necessity. No longer can employees get by with Post-It notes in their cubicles — and they shouldn’t have to. There are far more sophisticated options out there that can do a lot more than just stick on a wall.

The benefits of asset management

10 templates to help you get started with Jotform Tables

How No-Code Allows Your Business to Evolve

How to write a professional estimate: Small business guide

How to use a basic kanban formula

What are the best Google Tables alternatives?

Spring into action faster with the Jotform Tables Assign feature

What is IT asset management (ITAM)?

How to use Jotform Tables to manage projects

How I use Jotform Tables to stay organized for my job

How to create a small business balance sheet

6 embeddable online databases you can create with Jotform Tables

Don’t just ship it: Why we worked on a new idea for 3 years

How kanban swimlanes can help your team

How a professor uses Jotform Tables to manage student appointments

How to improve your asset management process

Why You Should Launch a No-Code Startup

The best alternatives to GravityView

7 searchable databases to get the most out of your data

How to make a signup form in Weebly

How an entrepreneurial family uses Jotform for remote hiring

What Democratizing Software Means for Non-Techies

What is a kanban pull system?

How to make a budget spreadsheet in 5 simple steps

When a database should be used instead of a spreadsheet

How to use Jotform Tables to plan for 2021

How to offer online tax preparation to your clients

Top 12 Airtable alternatives for collaborating with your colleagues

How to write a job estimate